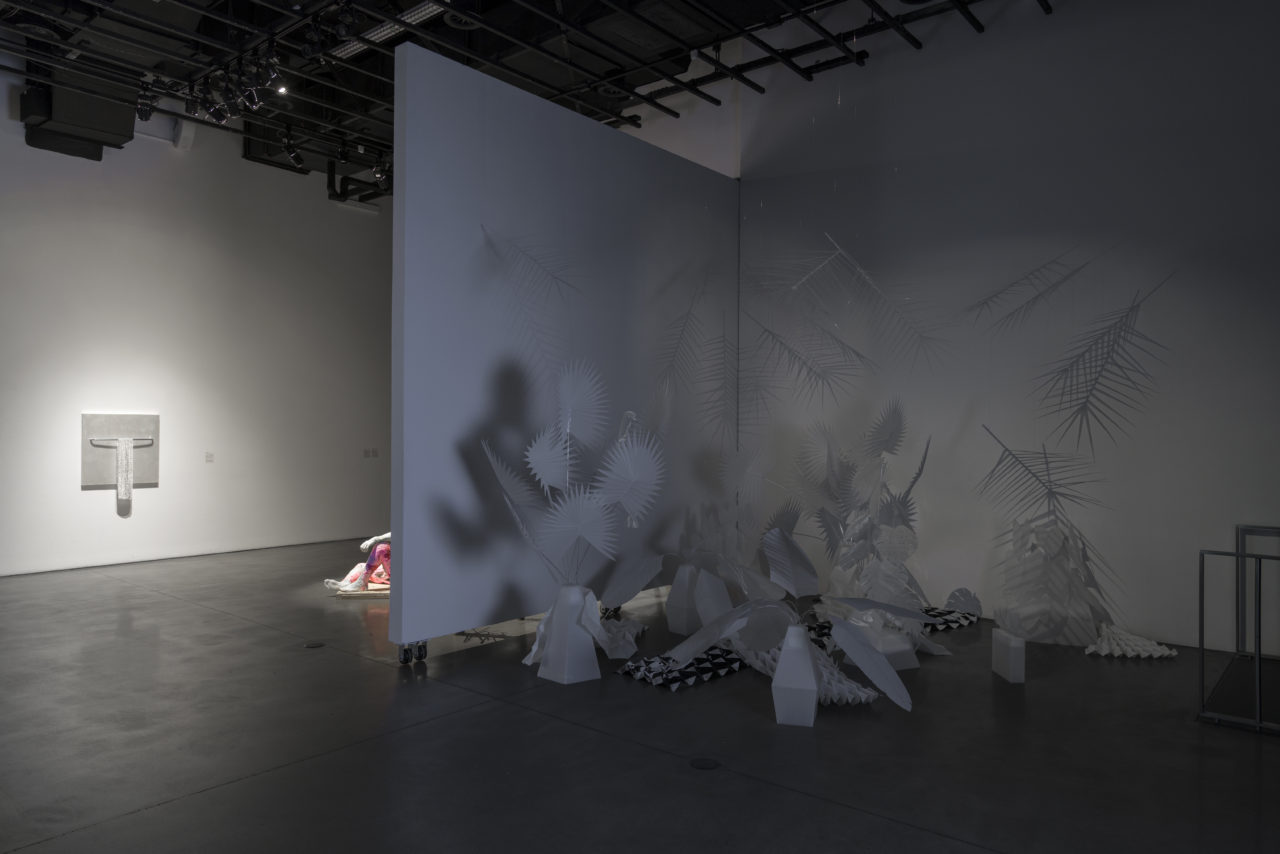 Rihab Essayh’s project Délusions botaniques presents a virtual figure attempting to attract the viewer into her botanical enviroment which is sterile, ambiguous and artificial. The project is addressing the subject of unsustainable utopias, where nature and technologies seem to exist in a symbiotic state for the purpose of nurturing an ideology of futuristic living, as in the experiment of Biosphere 2 during the 1990’s in Arizona.

This project is composed of the following art piece Jardin Automate, Jane, and Bionautes presenting a botanical enviromentmade out of diverse elements out of Mylar and projections, putting forward a female figure and her peers.

Automaton Garden mimics the structure of plants found in a botanical garden, yet its transparent and artificial materiality is inspired by the digital. Viewers are enveloped in a technological environment, experiencing nature in the contexts of future technologies and artificial intelligence. Essayh’s inspiration for this environment came from questioning how plants are rendered through digital animation technologies—a crisscross of flat images, so to speak—and strategically harnesses unnatural materials like Mylar, acetate, coroplast, and acrylic.

Jane is a “tableau vivant” greeting the viewers into her dwelling. This wall size projection presented as an artificial muse positioning a spokesperson as an emblematic figure. The figure leers at the viewer in a hollow matter. Rendered in a linear aesthetic mirroring the synthetic atmosphere of its environment. Accompanied with Bionautes, nymph like figures inhabiting the gallery space. 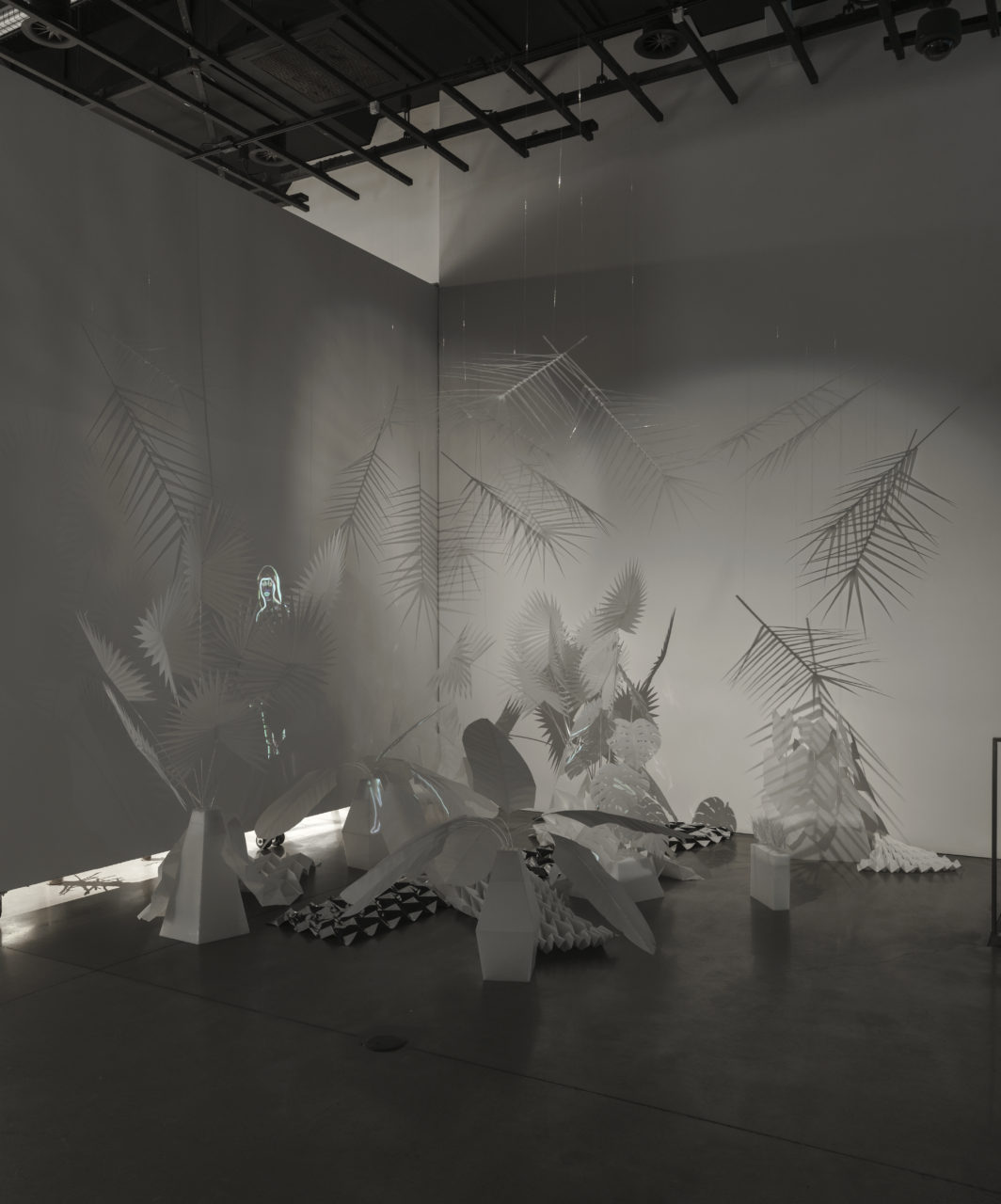 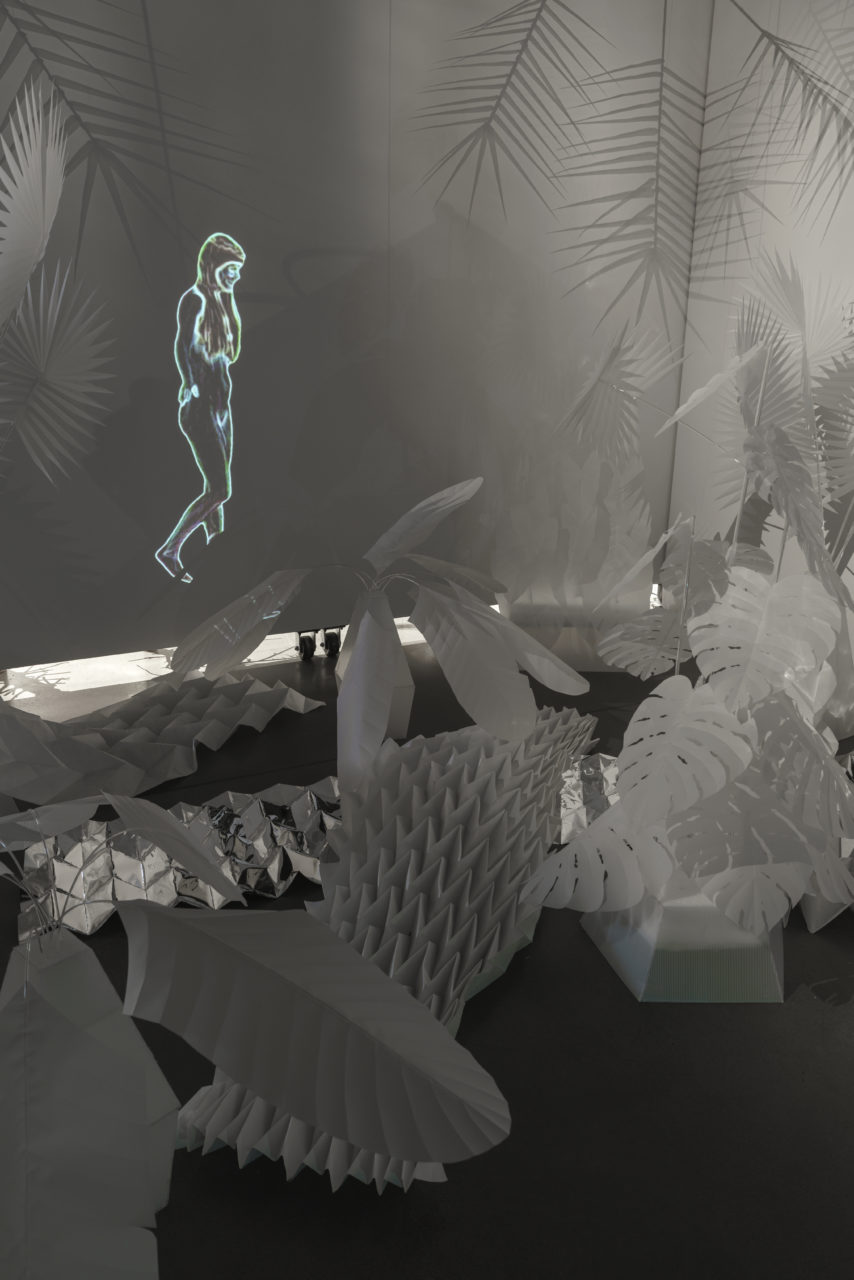 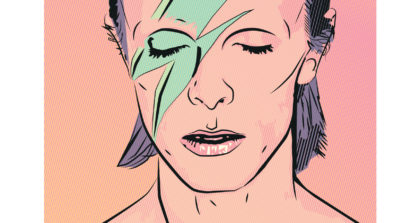 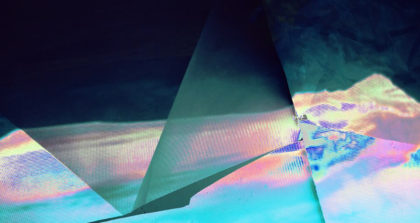 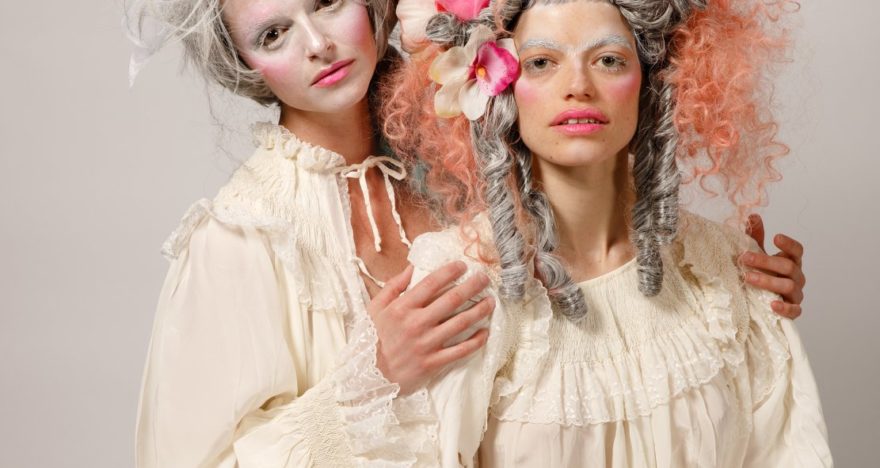 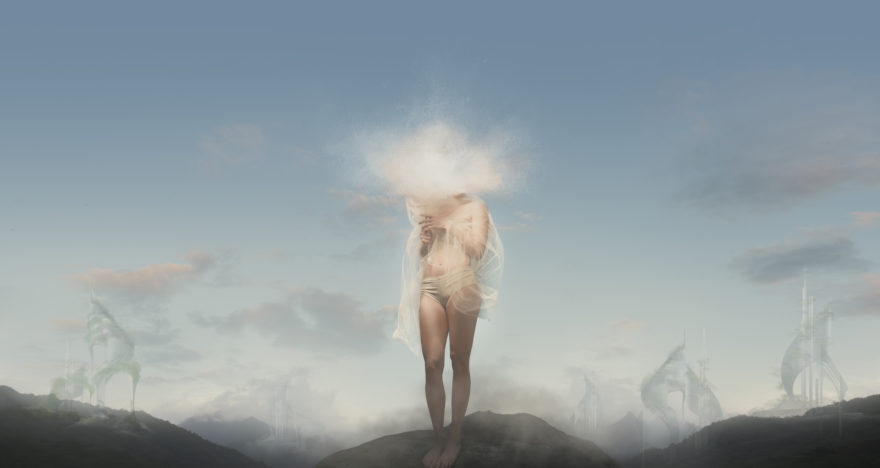