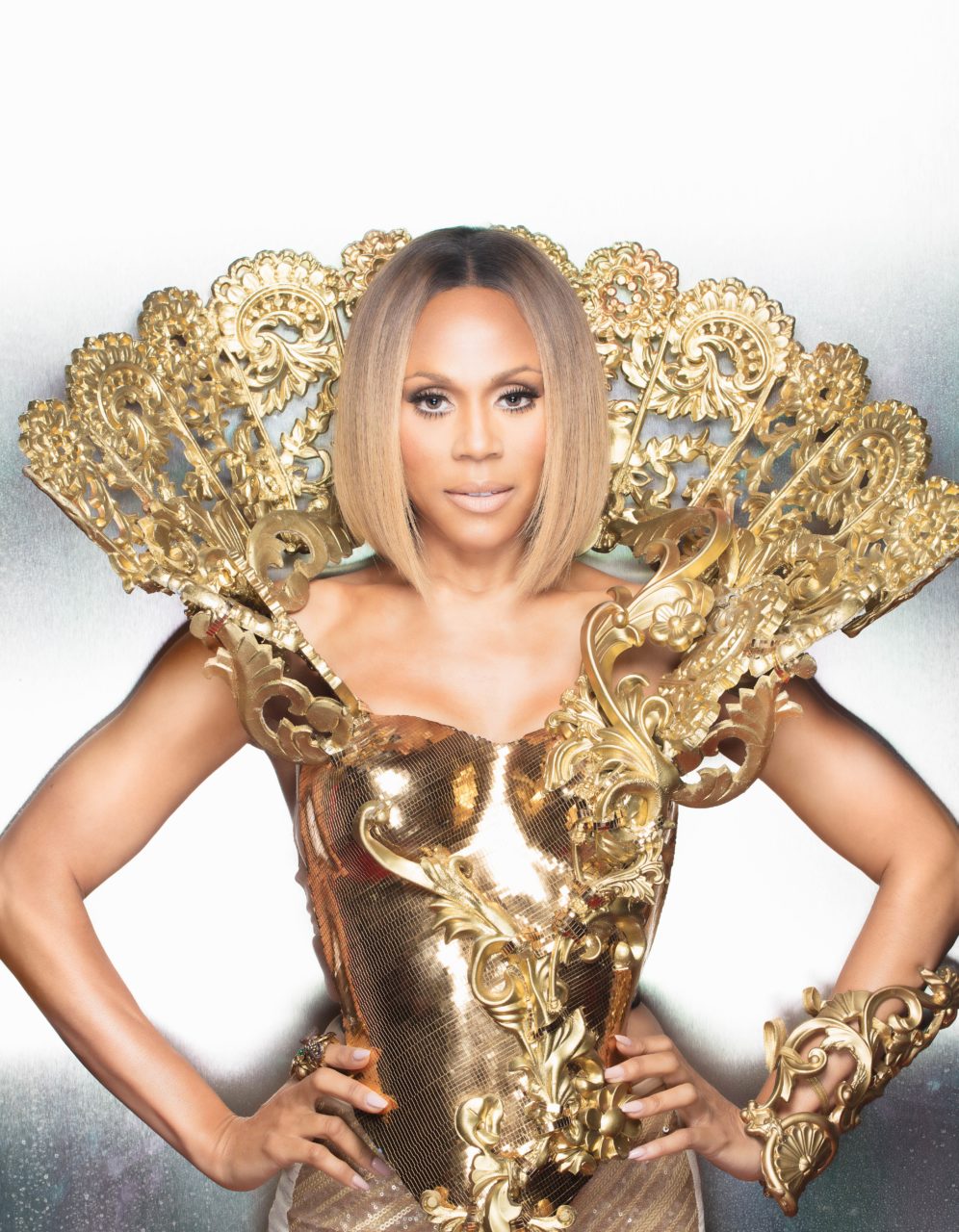 What becomes a legend most? Is it having multiple Gold and Platinum albums? Is it having a record-breaking 13 Billboard Dance Club #1 hits? Is it being a star in a Broadway show? Or is it being the recipient of multiple Juno awards and Grammy nominations? The next person in Never Apart’s Legend Series is the one and only Deborah Cox, who, in a career now spanning three decades, has achieved all of those things.

But in an age when words like “legend” and “icon” get thrown around much too easily, being a legend has to mean more than success and achievement. Being a legend means being that rare person who has the power to influence and inspire through creativity and art. Over the course of her illustrious career and the release of five albums, including the blockbuster One Wish, Ms. Cox and her music have done just that. She has inspired and influenced us and in the process has become an important part of the soundtrack to our lives, especially here in her native Canada. When “Nobody’s Supposed to Here” comes on, blaring at a party, it’s impossible not to get up and dance. It’s impossible not to feel the evocative, emotional pull of Ms. Cox’s powerhouse vocals. And arguably, above all, that’s what makes her a legend most: her ability to make us feel.

In advance of her August 17th appearance at Never Apart, we got the chance to talk to Ms. Cox about her life, her career, and her achievements.

Tranna Wintour: Deborah, Never Apart is honouring you this month as a legend. Congratulations, we are so excited! Who have been the greatest mentors and legends in your life?

Deborah Cox: The earliest mentorship happened with my mother. She was a really great example of a person who was driven and who had a lot of ambition. Later on, I had good musician friends who stayed in my life and encouraged me along the way. I have to say, once I finally got my record deal, Whitney Houston played a big part in mentoring, in terms of her style and she helped to school me a bit on the business. When I think about mentorship, those are the people that come to mind.

TW: There is a long running connection between your work and Whitney’s: you provided vocals for the Whitney Lifetime bio pic, and you starred in The Bodyguard musical, reprising many of her biggest hits. You also did a fabulous duet with Whitney in the early 2000s, “Same Script, Different Cast.” Whitney remains an artist people want to know more about. What are your memories of her and what is your understanding of Whitney as a person?

DC: I think she was a person who was misunderstood. And i think that, sadly, she didn’t get an opportunity to live out true happiness because she wasn’t able to fully be herself. As an artist, one of the toughest things to have to deal with is perception. You’re this person in front of the world, but behind closed doors you’re a whole different person. I think that was hard on her and part of the evil of it all. When we had our opportunity to do the duet together, I just remember us laughing a lot. She was a really funny person; she had jokes for days! We would talk about the state of the industry, and she really encouraged me to start my family. She was encouraging about balancing both things in life, because, at the end of the day, if you don’t have the things that you really want, you’re not really fulfilling yourself. She was like, “make sure that you’re happy, it’s not just about the business.”

TW: Many of our readers probably don’t know that one of your earliest gigs was singing backup for another legend: Céline Dion! You toured with her in the early 90’s. What was that like?

DC: It was huge! It was right around the time she did “Beauty and the Beast,” so she was doing lots of dates in America. I remember we had a string of appearances at all the late night shows like The Tonight Show and Arsenio. We traveled a lot. We were even at the inauguration of Bill Clinton. There were a lot of really monumental moments on that tour. I remember going, “wow, she’s at a place where she’s made it, and she’s doing what she loves.” And the thing that struck me most about her was how super disciplined she was as an artist. She wouldn’t speak before shows, she practiced a lot of voice reps. I think that kind of dedication paid off because she’s still around and sounds as great ever.

TW: You still sound as great as ever too, Deborah! You’ve released five albums and over 25 singles, but do you remember the experience of hearing your debut single, “Sentimental,” on the radio for the first time?

DC: It was mind-blowing! I had finally moved to L.A. and we were driving along the 405 at the time, and we heard the song come on the biggest station in the city. The jockeys on the station were really into it, and it was the first time I really felt my work was validated.

TW: What was the turning point in your career, when all the years of hard work and struggle came together? When did you feel like you had really made it?

DC: Probably when we were at the Grammys. As an artist, you come up hearing about all these different award shows and, in a way, it’s what you strive for. I think it was at that moment, sitting in the audience with all the other artists, and taking it all in; that was the moment when I felt everything came into focus and I was like, “wow, I’ve really made something of myself.”

DC: I’ve seen things change dramatically; from cassettes and CDs, to now everything being on a digital platform. I would say one challenge is just how quickly it happened. Technology has really pushed everyone into this new way of listening to music. With digital platforms and streaming, it’s easier to come across a song, but it feels a little less personal compared to the day when you could look at the credits and the CD cover and the artwork. As an artist, one of the good things with all the changes is that with social media we’ve taken out the middleman. Labels are no longer in total control anymore.

TW: You’ve had a whopping 13 #1 hits on the Billboard Dance Charts. Dance music, since the disco years, has been so entrenched within gay culture, and gay people tend to have a very unique relationship with the female singers they love and look up to. How would you describe your relationship with dance and gay culture?

DC: The LGBTQ+ community has become part of my fight and my mission, which is to continue to drive the message of equality, and you should love who you want to love. I really appreciate growing up in Canada, because I think we’re very progressive in that sense. We respect people for who they are, authentically. Dance music really connected me to the gay community; my gay fans are the ones who were adamant about me having remixes everytime I recorded a song. And I’m thankful for that connection. It became a personal thing to me when I started to see a lot of my friends pass away and struggle with their identity.

TW: Not only have you been hugely successful in the world of dance music, but you’ve also found success on the Broadway stage (Aida, Jekyll and Hide, The Bodyguard). Is Broadway one of your great passions?

DC: I’m super, super passionate about Broadway. It gives you an opportunity to tell a big story and the opportunity to work with an ensemble cast. When you’re a part of a big production that tells a big story, there’s a lot at stake and there’s a lot that goes into it. Aida, Jekyll and Hyde, and The Bodyguard were a lot of hard work and they were really fulfilling and rewarding, though I don’t wish that schedule on anybody because eight shows a week is super brutal! But it’s through those challenges that you learn about stamina and control. You really have to lean on your craft and your talent and go back to warming up and being super disciplined about everything so that you can do all the shows. I would love to do more Broadway.

TW: Thank you so much for taking the time to chat, Deborah. We are so looking forward to seeing you at Never Apart on the 17th!

DC: I’m looking forward to it too! Thank you! 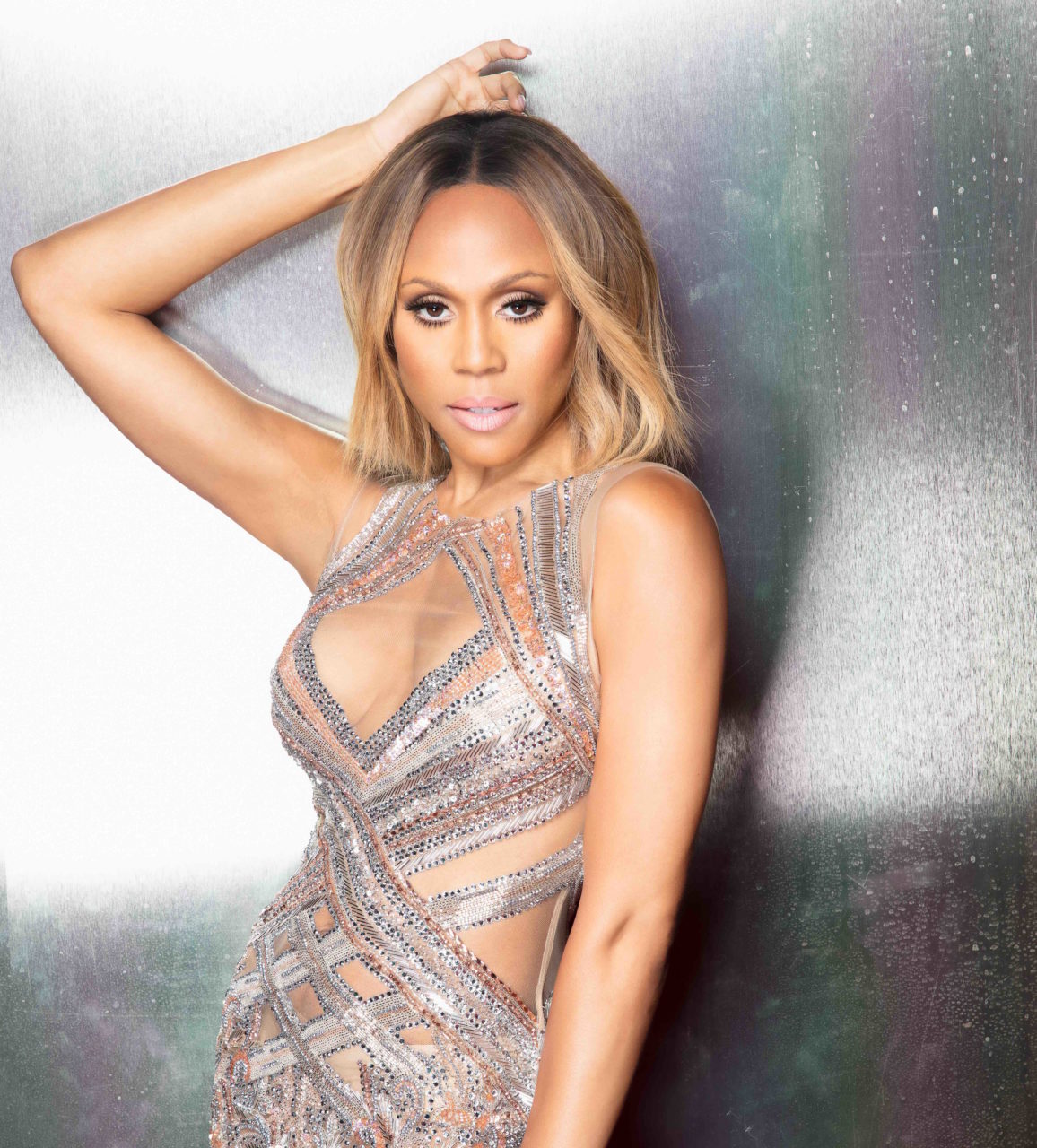 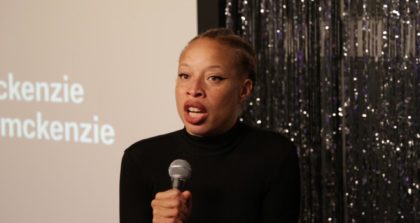 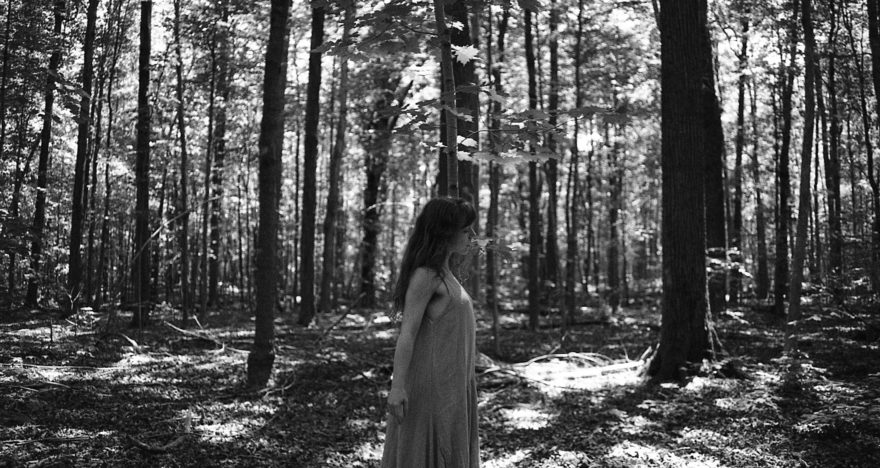 In Spirit: The Dream Space