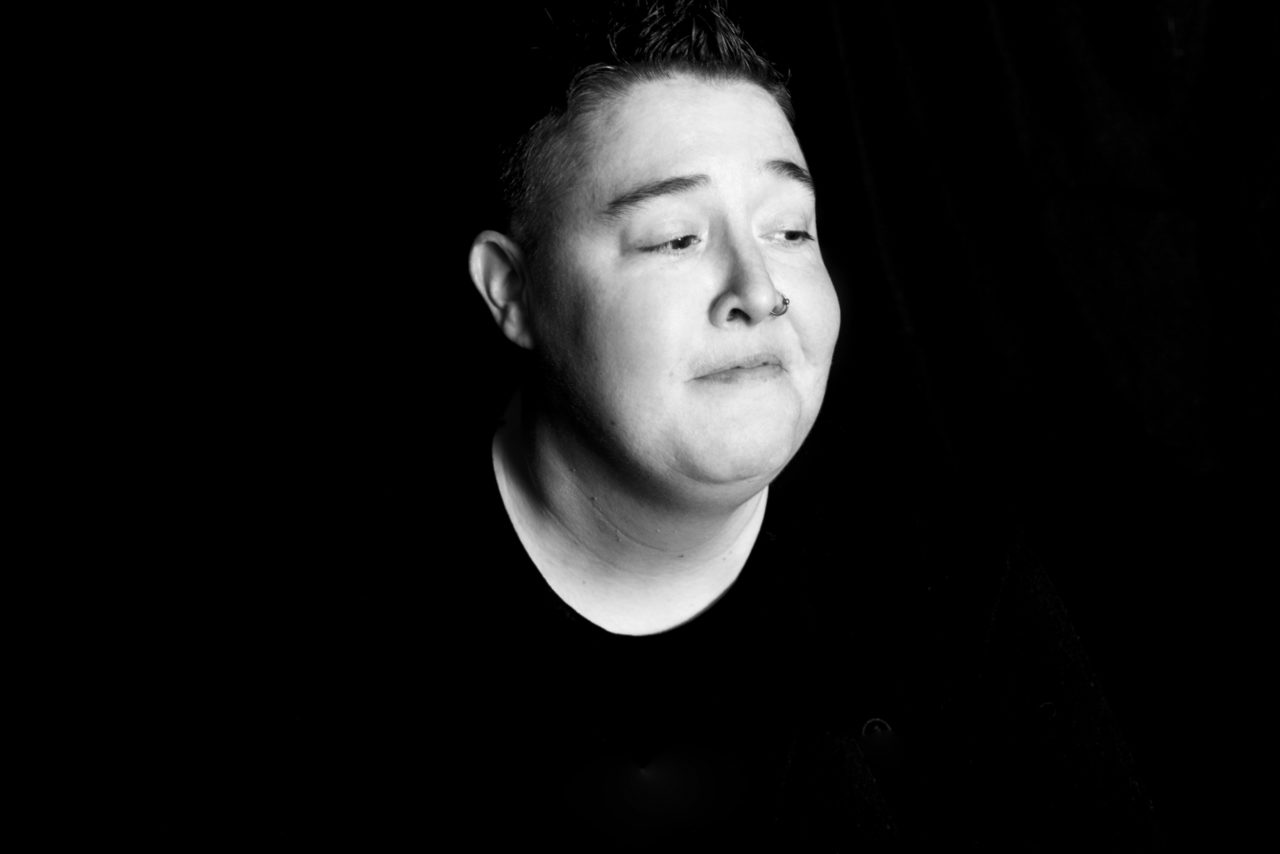 Indianapolis might not be the first place your mind goes to when someone says ‘techno.’ But the Midwest’s ‘rust belt’ has fostered some real rave dedication and talent—Noncompliant aka DJ Shiva is a prime example. She grew up at driving distance from Chicago and Detroit, cities that have heavily influenced both her ear for groove and encounters with other DJs from the 90s rave scenes.

Noncompliant—long known as DJ Shiva—has now been DJing for 20+ years, and her sound is as fresh as ever. She’s had her way with queering hard-edged techno while not losing sight of the groove. Noncompliant is also a refreshing voice via her online presence: she doesn’t shy away from conversations about labour, politics, gender and the hard stuff of the industry. Her new DJ moniker couldn’t be a better fit.

We had a chat over email about her craft, musical path and the way she engages with DJing and touring nowadays.

I’m interested in mentorship inside of rave scenes. Who have been your main mentors along the way and how did they contribute?

Mostly it’s been my peers who were all learning similar things or having similar experiences who have really helped me figure things out along the way. It’s always just been friends who taught me things about promoting or DJing or production or how to travel every weekend and still have a day job without losing my mind (okay, none of us have ACTUALLY figured that out yet).

How does your DJing inform your productions and vice versa, if at all?

I am always looking at things from the standpoint of “does this make my booty move”, but then I rarely actually play my own music when I DJ, so…I don’t know what that means. Hopefully it moves booty regardless. I definitely like movement and variation when I DJ, and I think that’s probably the thing that translates most. But I also like tracks that cater to the idea that the DJ is the one who has to do the work. The tunes shouldn’t do all the work for the DJ, otherwise you could just hire a jukebox. 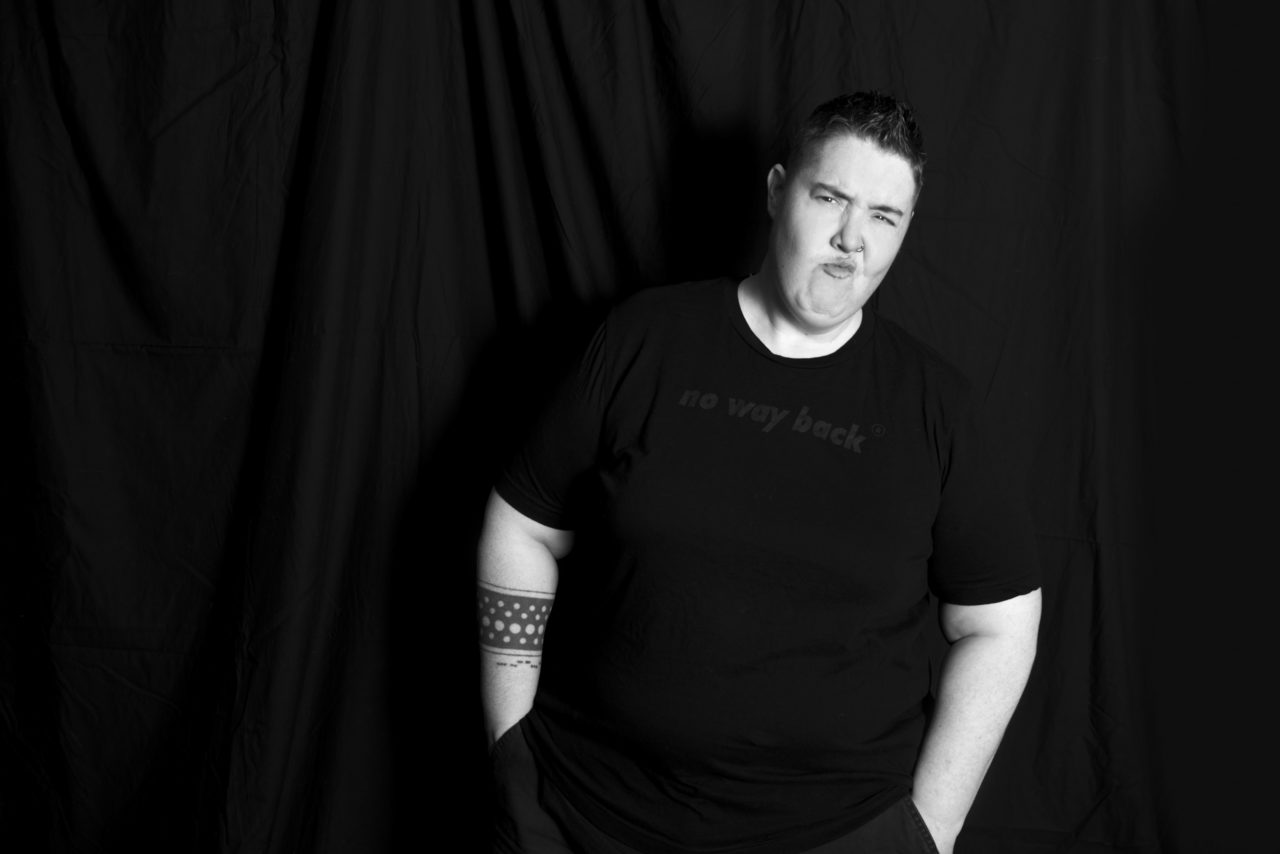 Coming from a solidly American rave tradition, what are the differences that you observe between North American and European crowds (their reaction to your sets, the vibe of the parties, the venues, etc)?

I mean, the obvious difference is how many very empty rooms it’s possible to play for in the U.S. (I can’t speak for Canada) simply because techno is really, truly underground here. If you think you’re hot shit somewhere else, I can find places in the U.S. where less than 10 people will know your name. It’s a great ego check. Learning how to play your heart out to only 10 people is the “Midwest DJ’s trial by fire”, in my opinion.

The flip of that is playing for super enthusiastic (but still tiny) crowds in out-of-the-way places, who are just excited that there is something going on in their city. When you stumble onto those, it’s golden. I recently played a very tiny basement party (in someone’s house) by and for queer folx in Bloomington, Indiana and it was one of the best times I have had in ages. Those kinds of DIY parties are really the core of where I come from, and go back even further through my rave roots into my punk roots.

What is the social role of a DJ in your opinion?

I can’t say what anyone else’s role is. Everyone has their own reasons and their own motivations for DJing.

For me, I DO want to rock the party, but I also don’t want the party to devolve into mindless, selfish hedonism for too long either. I do love a good Temporary Autonomous Zone, but I also think too many times that translates into “for me, but not for you” (see: people who think our spaces are “safe for everyone” because they aren’t the targets of abuse/harassment, or they don’t care to fix problems that exist because “that’s the price of freedom” or whatever).

Basically, I can’t tell you what the social role of a DJ is, just that I think my personal role is to play dope jams, encourage safer spaces for more people, support women and other marginalized folks to be a part of music in whatever way they want, and to do my best to encourage music spaces to be something better and more fulfilling than just hedonistic excess.

Are you able to reconcile your love for techno and your queerness nowadays? (Are more and more queer parties open to hard-edged techno in your experience?)

There are certainly more queer techno parties in more little places here and there, and that is a super positive development. There are some nice online spaces (that have turned into small gatherings), like the Gays Hate Techno group, but personally I am still so geographically isolated that in the day-to-day, it’s easy to feel far removed from all of that. A lot of my experiences hanging out in queer spaces are still basically me quietly cringing as people go off to terrible pop music remixes. 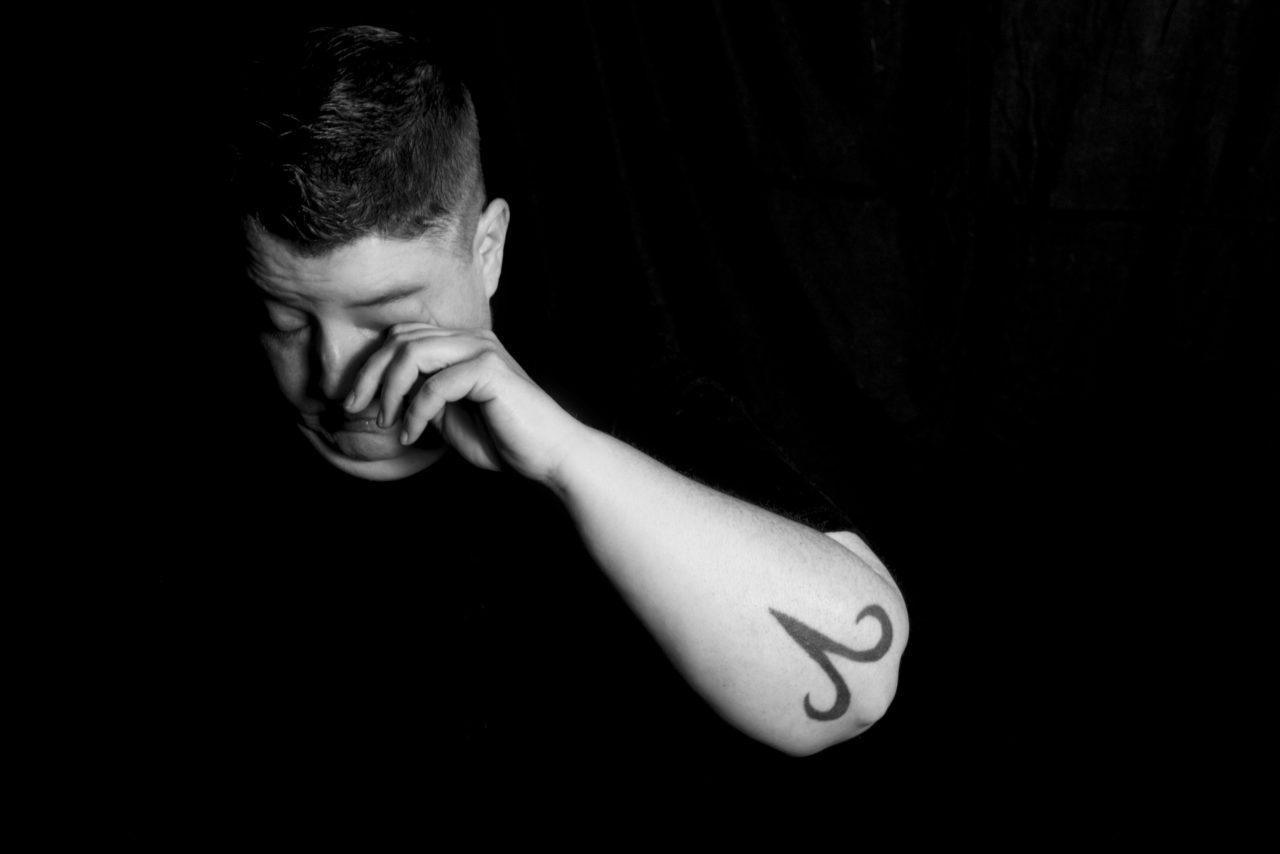 I’ve been thinking about the separation between house and techno that seems quite steep these days. You seem to be able to really straddle that line and draw from both (playing techno with faster house, etc). What is your take on that?

In ye olde rave days, I was 3.5 hours drive from Chicago and 4.5 hours from Detroit. I not only spent time in both cities, but it was fairly easy back then to get our musical heroes to drive down to Indianapolis to play. I heard the best of both house and techno all the time. When I am dancing, I need music that makes the booty move. It can be hard as nails, but if there’s not a little underlying funk to it, I tend to get really bored, really quickly. Same if I am DJing. I can bang it pretty fucking hard when I want to, but there still needs to be a thread of groove running through it somewhere. It has to have some groove and energy, otherwise hard/dark techno just ends up sounding like a noisy funeral dirge in a cave. Mega yawn.

Also, there’s just…so much variety that gets lost when people pick their little subgenre corner and refuse to stray from it. Access to digital music has made it a lot more affordable for me to find stuff all across the spectrum. Doing a radio show for four years encouraged that search and gave me the time to get to play a little more of it because I really hated repeating myself there. And of course, the trend toward longer sets has given me some room to play with all of that, too. That said, I still tend towards the bangy end of all of it, as a general rule.

In another interview you shouted out WUEV radio in Evansville for being an early source of music discoveries for you. How do you discover music these days?

My process is not as intensive right now as it was when I was doing the radio show, but that really taught me to keep my ears open and be continually digging. I find music anywhere from other people’s podcasts, reviews, an extensive list of various online music stores, promos, the occasional record store used bin (I keep meaning to rip these records I keep buying, but I do not have turntables at home, so it keeps getting put off).

I work in IT at my day job, which gives me a lot of room to listen to mixes, go through promos, and shop for music because I can just put on headphones and work while stuff plays. If something is good enough to catch my attention while I am working, it’s good enough to put in my shopping crate. I trust my ears and my instincts and if it makes me make the “nasty bassface” when working, it’s probably gonna work well for me when DJing.

— All photos are by Seze Devres — 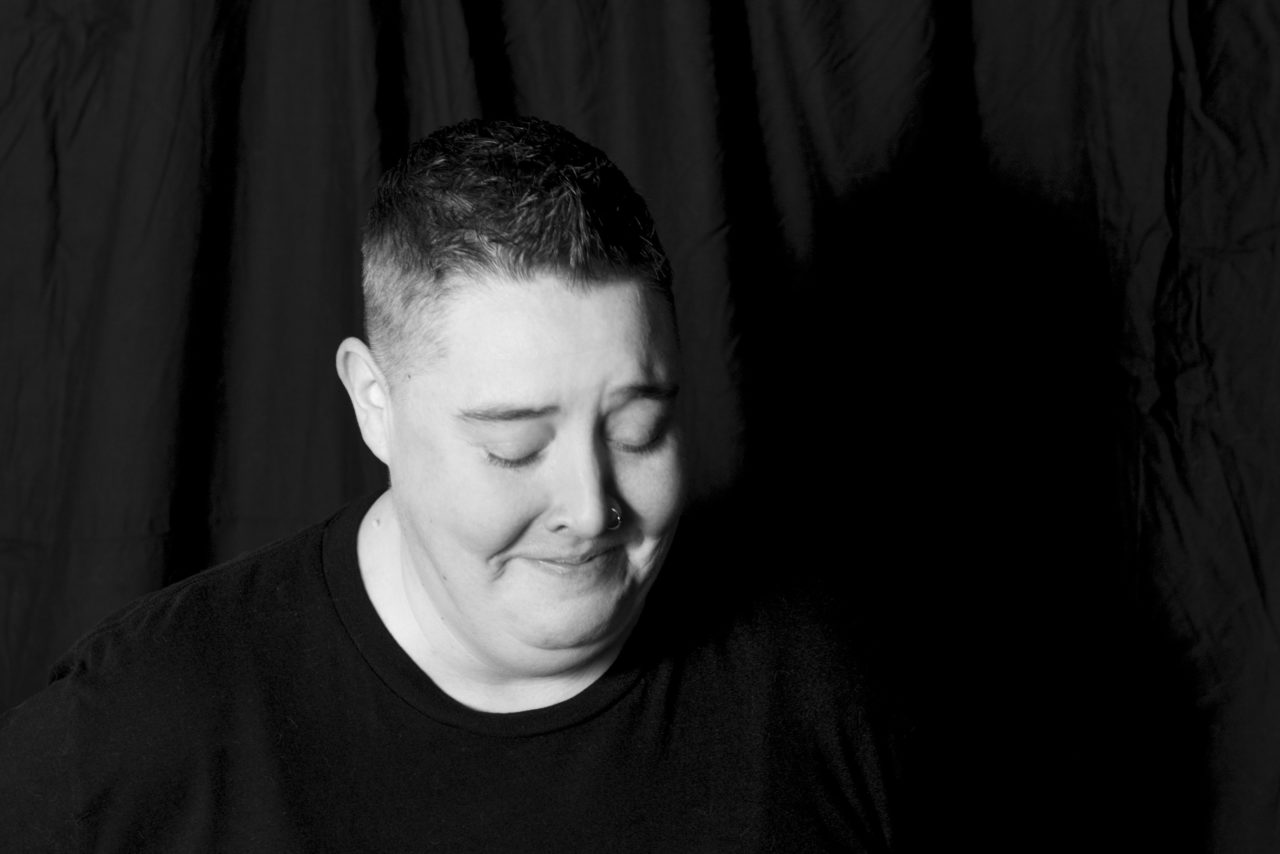 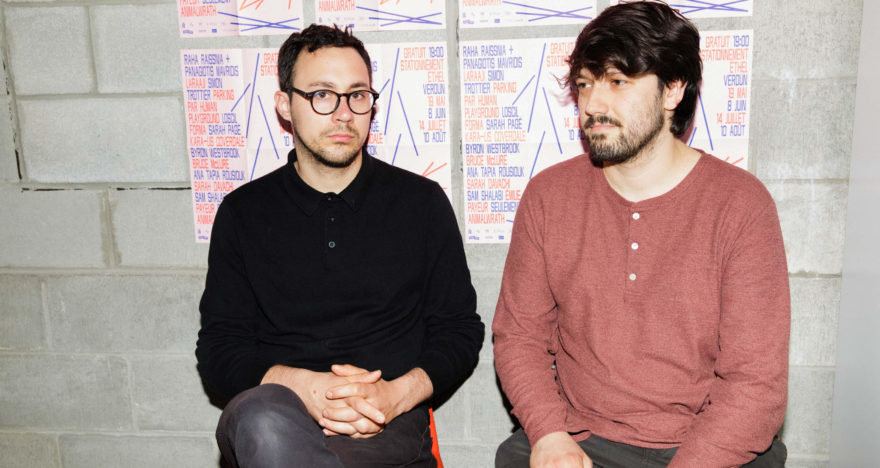 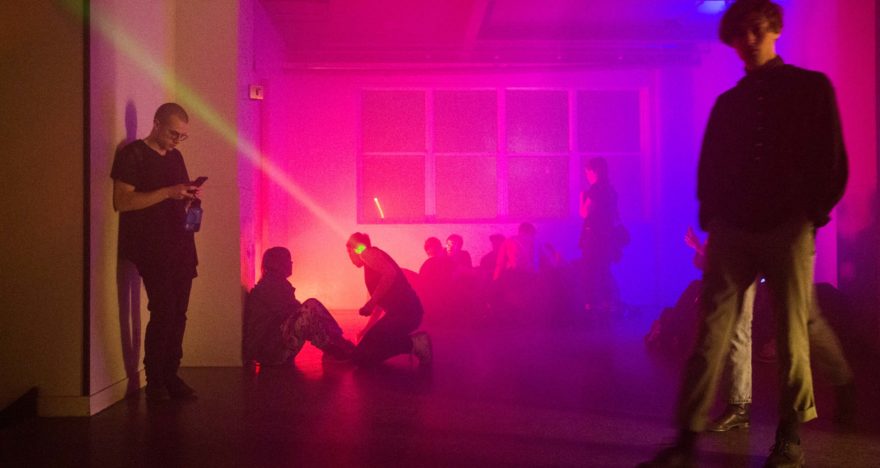