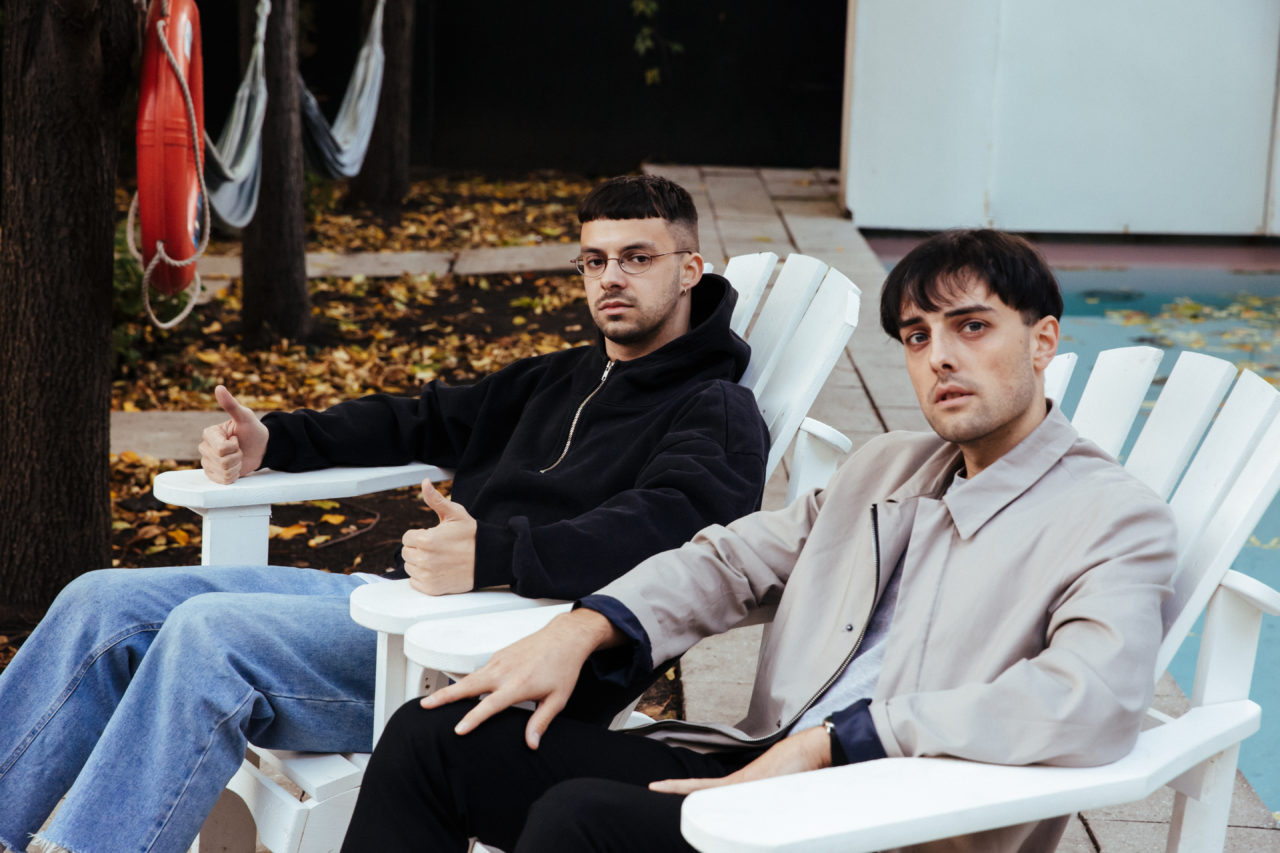 Listen to the Canadian premiere of Musique Nouvelle’s hypnotic techno live set from our NVA October Off-site, sharing the stage with Karen Gwyer, anabasine and VINO for visuals.

Musique Nouvelle is the new collaborative work of Simon Chioini and Félix Félix Gourd Gourd. The project merges both artists’ interests and specialties into techno; at times straightforward, other times deconstructed, the duo’s music follows unusual structural paths. Musique Nouvelle has performed at MUTEK Mexico and MUTEK Argentina, premiering in Canada for this NVA show.

Simon Chioini got into music while studying classical percussions and through a persistent examination of the weird electronic music of the 90s and 00s. His curiosity for the medium led him to achieve his Masters in Composition at the Conservatoire de Musique de Montréal. There, his music found influences from both the electroacoustic music pioneers and from the contemporary underground scene. Today, he likes to blend genres into hybridized pieces. His practice as a DJ informs his compositional work.

Félix Gourd studied classical percussions at the Conservatoire de Musique de Montréal before shifting his practice towards digital art. His interest towards the experimental potential of 3D animation and a highly creative mind quickly brought him recognition as a VJ. Recently, his focus went back to his musical roots. Influenced by the Berlin underground scene and Detroit’s classic techno, he blends continuous banging kick drums with distorted and crispy hi-hats topped with acid bass lines and Yamaha DX7 chord hits.