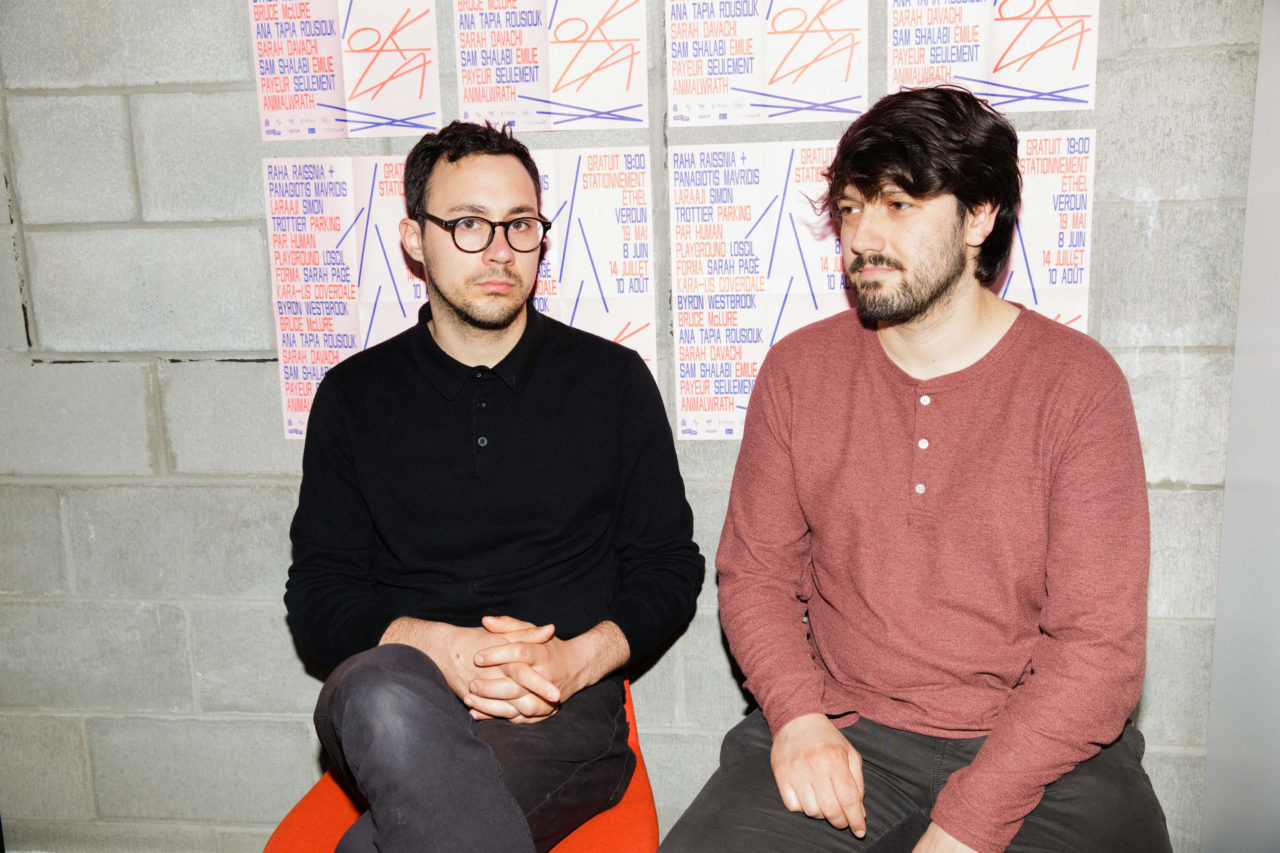 OK LÀ is a series of events in Montréal dedicated to showcasing experimental music and performative cinema. NVA is collaborating with this collective to bring legendary ambient musician and Brian Eno collaborator LARAAJI to Montreal for a Laughter Meditation and live performance. We had a chat with OK LÀ to find out more about what they do and who they are.

What is OK LÀ? What is the philosophy of the organization?

Michaël & Charles-André : OK LÀ’s mission is simple. Without taking ourselves too seriously, we wish to promote and introduce experimental music (whether instrumental, electronica, ambient, etc.) and analogue filmmaking to a wider audience. In practical terms, we’re attempting to achieve that by presenting a series of free outdoor concerts in a unique Verdun location. We not only invite musicians, but also filmmakers who work on reels to create live projections during the musical performances. We make sure we have everything in place to create a friendly atmosphere for our events that really showcases our guest artists. The idea isn’t to present Forma or Sam Shalabi next to a little animal farm during the Verdun sidewalk sale.

When was OK LÀ born and who is behind the project?

Charles-André : OK LÀ was born in summer of 2017. I had just moved to Verdun and Michaël, who has been living in Verdun for six years, was telling me he wanted to put something special together for the neighborhood. We decided to reach out to friends in Montreal’s indie music scene to see if they’d be interested in coming to play in Verdun…

Michaël : We then decided to present the project to municipal authorities in order to get some funding and ensure that the event would take place and would remain a free event. We proposed a concert series that is uncomplicated and quite different from what we see in the other boroughs. The city supported us from day one and gave us free rein to develop a programming that’s a little more to the left.

Charles-André : There was a certain level of wanting to reproduce a event setting similar to that of past Montreal events that had had an impact on me and that I couldn’t seem to find again. I’m referring to nights in the hotel2tango parking lot, to Weekend in The Pines at David Bryant’s studio and to an event produced by the Kabane 77 collective near the Champ des Possibles.

What is your curatorial mandate/how do you choose artists you work with?

Michaël : We want to showcase artists of all kinds, but predominantly experimental and instrumental artists who lack opportunities and places to perform. This type of cultural offerings is far more common in Europe and we want to act as a bridge and a facilitator for foreign artists wanting to come perform in North America.

Charles-André : It’s also important to highlight local artists and create a sense of community as much as it is possible. Music genres vary and don’t necessarily sound the same, but I like to think that the different artistic approaches run parallel to each other and create a coherent whole.

How did the Stationnement Éthel event series in Verdun come about?

Michaël : We looked at various locations, but the Verdun Borough gave us an indication that the Éthel parking lot was being considered for upcoming cultural events so we jumped at the chance. The location is unique and its view of Montreal’s downtown core is breathtaking.

Why do you think it’s important to develop music projects outside of the Plateau/Mile-End axis, and how does OK LÀ contribute to that (via the Verdun events for example)?

Michaël : We’re not trying to lecture anyone or take our mission too seriously, but it’s a nice feeling to be able to see shows in something other than traditional venues. Mile End and Plateau are neighborhoods with plenty of options for cultural offerings, but for those looking to have a different experience in a spot that’s less trendy, the OK LÀ concert series is wonderful.

Charles-André : Last year, one of my neighbours in Verdun attended Unzip Violence, a performance by Karl Lemieux, Roger Tellier-Craig and Alexandre St-Onge. It combined 16 mm projections of abstract images with noise music. This neighbour, who knows nothing about this kind of music, was in awe. He had just discovered Montreal artists who were creating a type of art completely unknown to him. That’s what I find incredible about programming this series outside of the underground scene’s usual locations. There are really unique ways to introduce music or cinema to a less experienced audience while offering something different and entertaining to diehard fans. 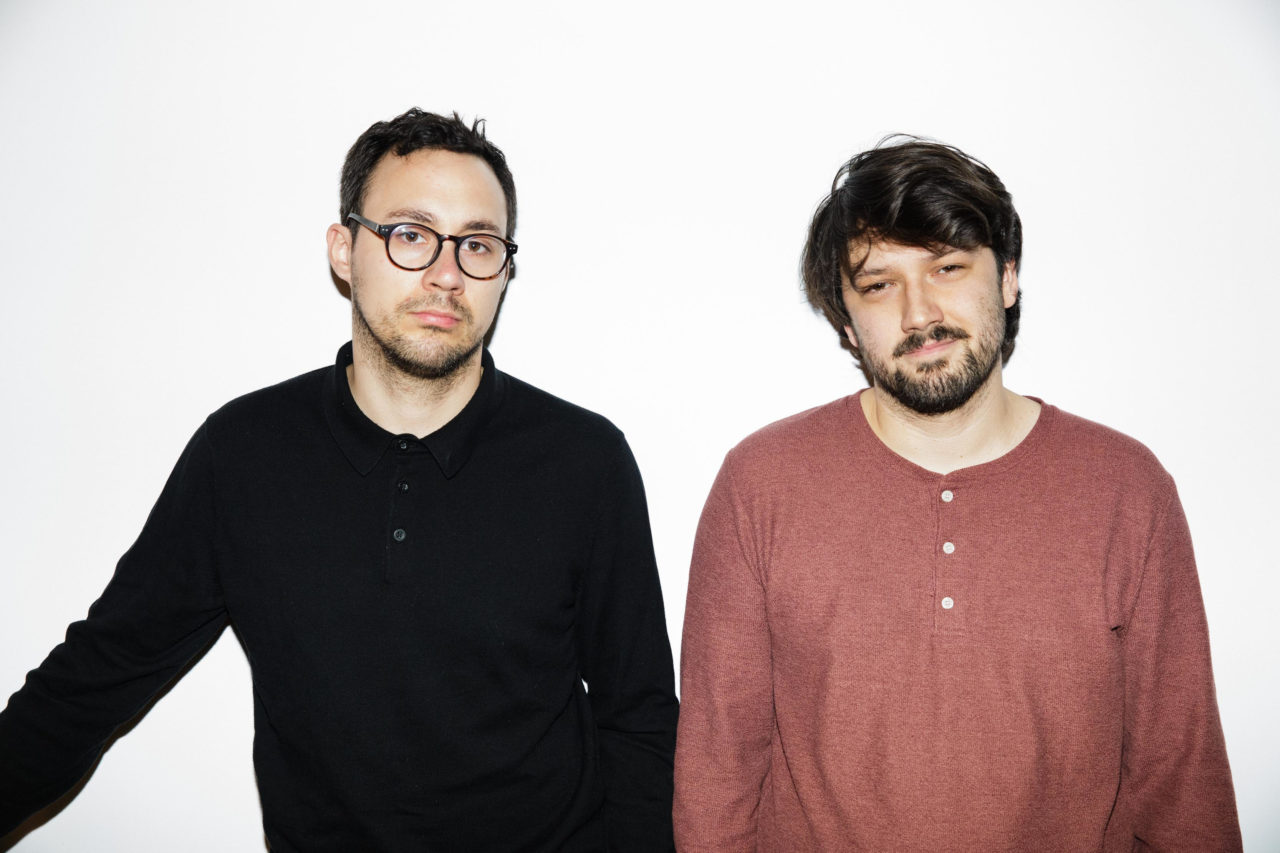 What are some of the challenges and successes that OK LÀ has had?

Michaël : Everything is going really well so far and we’ve been very lucky. Artists are up for it and we already have a nice lineup we’d like to see play in Verdun for 2019. To be continued…

Tell us about the zines you create: why are zines relevant today and what is the OK LÀ zine about.

Michaël : Hugo Jeanson and myself brainstormed a few times together about this project. We’re sort of fascinated and mystified by the esthetics and the content found in old Quebec fanzines from the seventies. The themes of this first edition were somewhat esoteric and we wanted to encourage people to take the time to do nothing, even just for a moment. The flux of information on social media is dizzying and we simply wanted to give people a break from that.

Charles-André : I’d like to add that we hope to take OK LÀ to different artistic forms and the zine tied in perfectly with this idea. It’s only the beginning…

OK LÀ has a strong graphic style, can you tell us about your visual identity and who you work with for the graphics?

Michaël : OK LÀ’s visual identity is indeed very important. Our logo was done by Braulio Amado, a Portuguese artist living in New York whose work I love. I didn’t know him personally, but I took a chance, sent him an email and here we are! As a matter of fact, we’re collaborating on other upcoming projects. OK LÀ posters were designed by Florian Pétigny. We love his work and his involvement is crucial in getting this concert series the proper reach.

What should people be looking forward to for this season’s OK LÀ programming (highlights, new artists to watch out for, etc.).

Charles-André : Just like Michaël is, I’m really proud of the artists we’re presenting this year. I’d still like to highlight two events we rarely ever see in the city. On May 19th, filmmaker Raha Raissnia will perform for the first time in Montreal with musician Panagitois Mavridis. She’s bringing her 35 mm slide projectors and 16 mm films, I think it will be quite unique. Also, on July 14th, experimental cinema legend Bruce McClure will present his performance titled The cyclops. He alters the sound of 16 mm projector with guitar pedals and the light emitted from the projector to create really trippy live flicker effects. 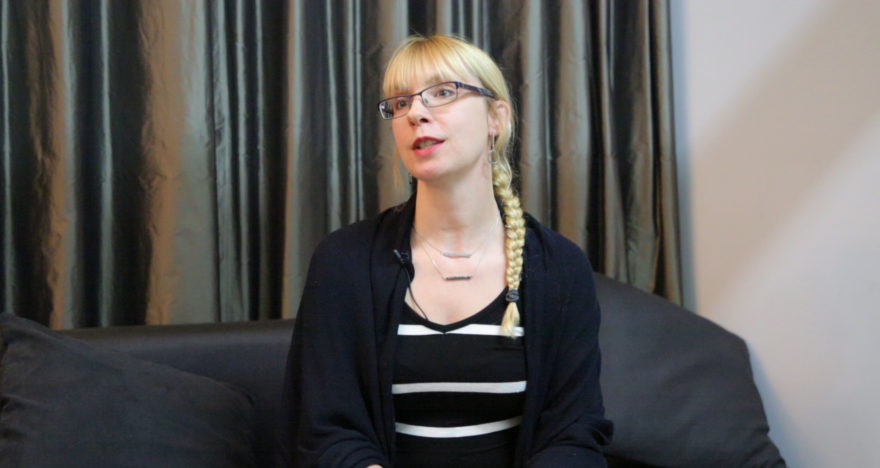 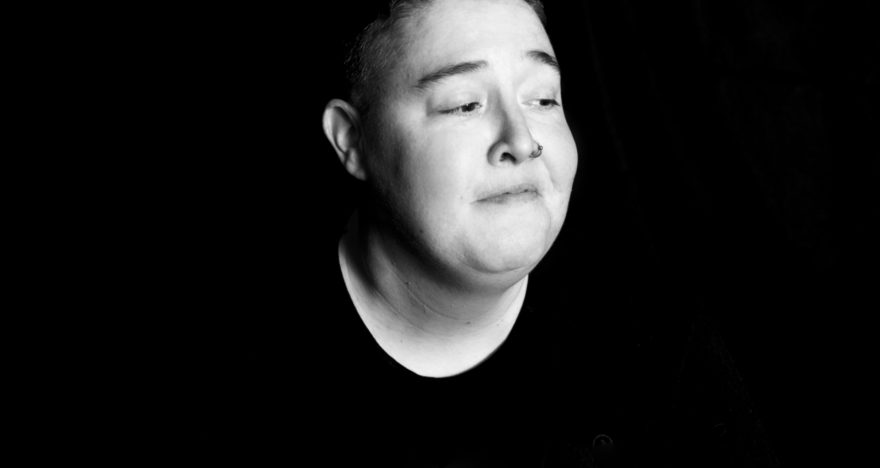