The question of the “self” in Kashmiri doctrine is at the heart of teaching. “Who am I really? Is the burning question that has inspired generations of wise and spiritual men to study, share and practice. In the tantras of northern India, rituals explore this quest for being.

In his text “Maṇḍala and Agamic Identity in the Trika of Kashmir,” Sanderson describes the “Agamic self” as emerging from the sacred space. The guru of the Trika tradition uses the lotus and mandala ritual to abdicate the personal “I” towards the reality of the “superself”, which is none other than Shiva’s undivided consciousness.

From the beginning of the ritual, the practitioner must recite a mantra which, through several successive stages, will allow him to identify with this absolute “I”, the absence of identity, anutvam. The mantra, in the manner of the sacred fire, burns its earthly and social identity, it is no more than the pure and impersonal receptacle of the Agamic self. The identity passing through the physical object, that is to say, the body, the involvement of the latter during the ritual takes all its meaning: the body is both the actor of the ritual, the offering of the ritual and the receptacle where the transformation will take place. From a body identified with the person, by the ritual, it becomes empty of any individual personal identification. An empty body is a body in which defence, affirmation or security are consumed. The body then finds its profound freedom, a transparency, which, on the concrete level, is experienced as a place in which no longer references exist. The body is no longer hindered by memories, but on the contrary, it is the mirror of pure Consciousness. 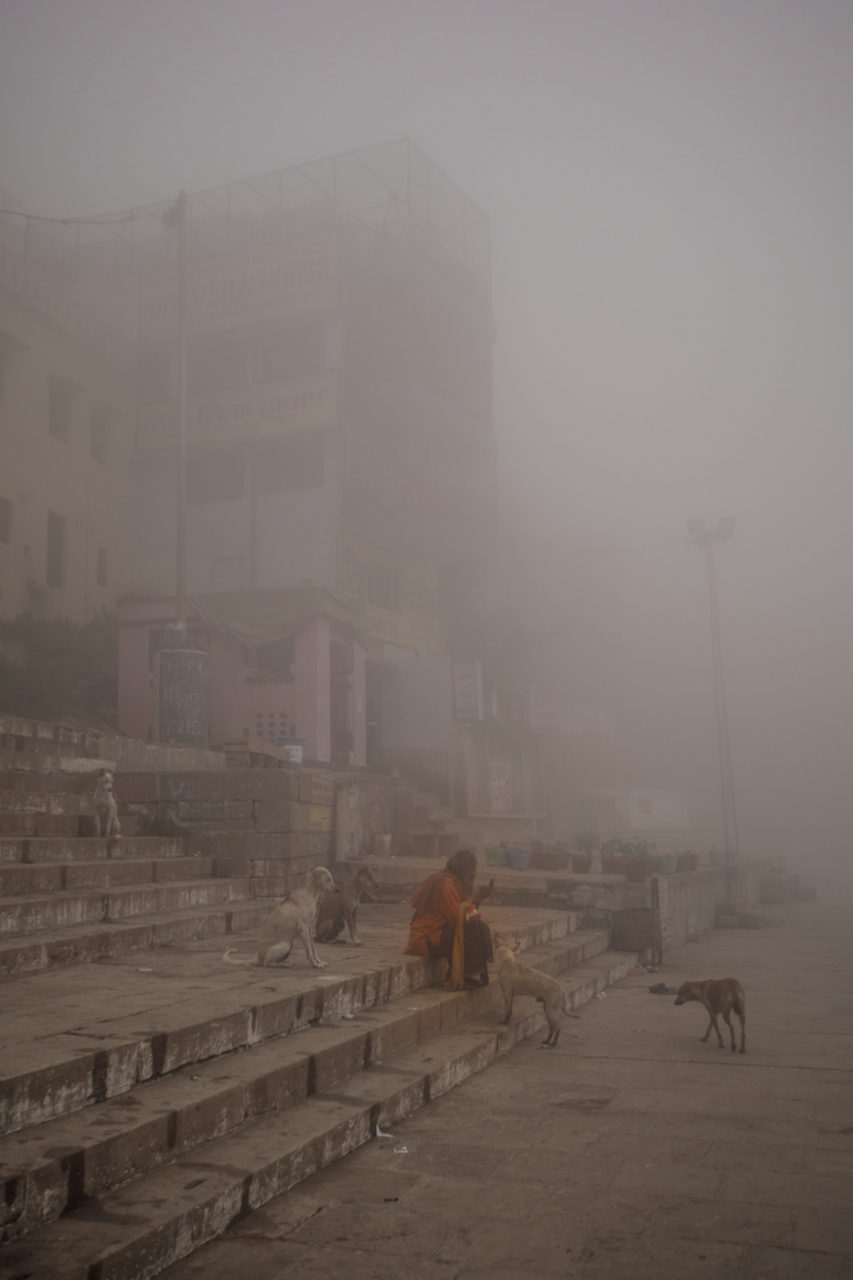 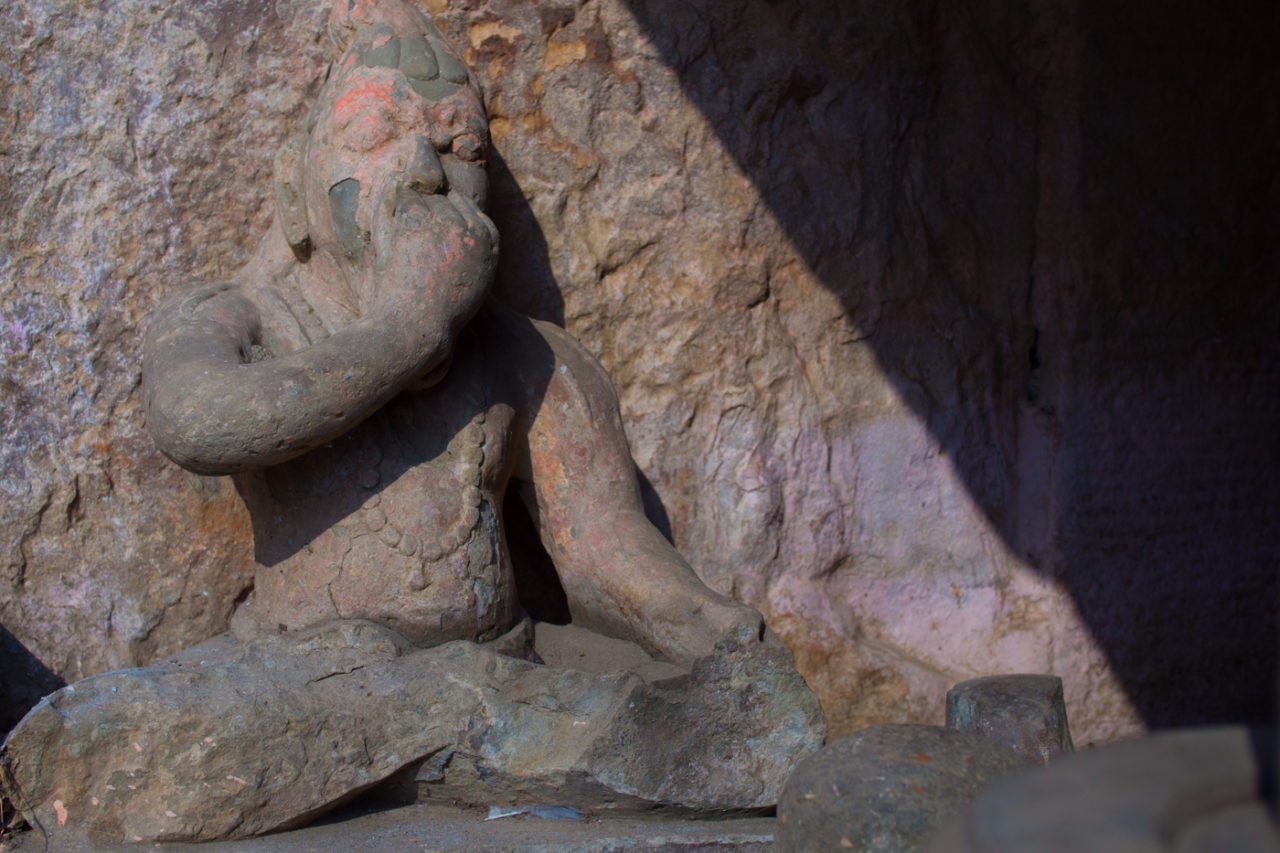 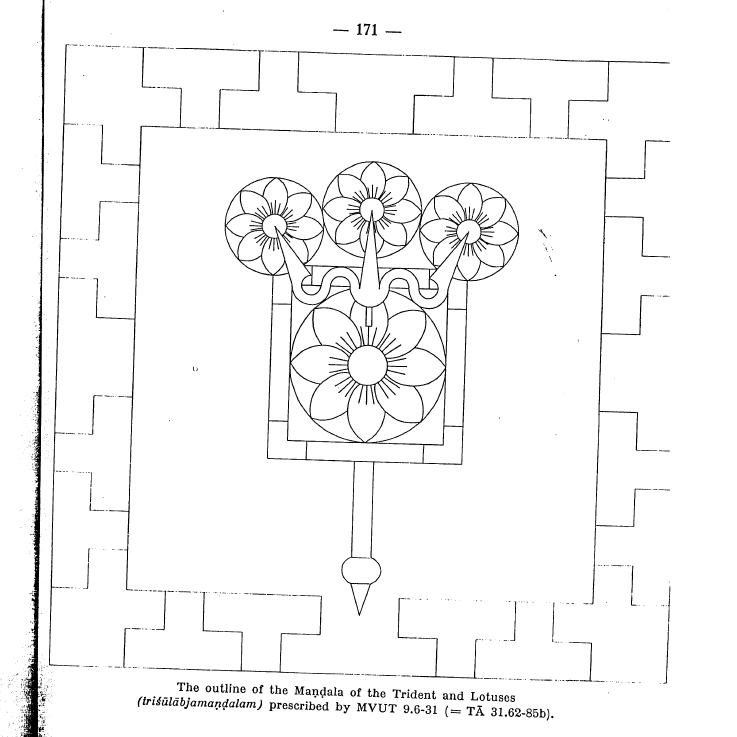 The breathing during the ritual plays an important role where it also acts as the sacred fire. It becomes an internal fuel that burns all traces of personification. One step occurs when the breath “evaporates” – this indication refers to the end of the exhalation where the breath, before resuming inspiration, dies totally and the individual can then dissolve into the impersonal Self. At this moment, the body and the intellect which are the anchors of the personality also evaporate, while the breath is no more. Without personal anchors, there is no room for any personification and the practitioner can completely become a receptacle and/or identify with the absolute consciousness that the Tantraloka calls “the Agamic Self”.

Identification with the body can, therefore, be perceived as an obstacle, where ignorance of its true nature creates confusion. This is why during the ritual, the yogi visualizes his body as being burned. The fire of the mantra reduces to nothing the being identified with the physical and social level represented by the body. Later, the ashes are swept away by the wind of the mantra this time. Ashes represent latent traces or residues of self-identification.

The body is ultimately the gateway to transcendence. The incarnation makes it possible to realize the inevitable Reality, to discriminate that which I am at my core that which I am not. It is thanks to the body and all that it contains (the incessant activity of the thoughts, the emotions, the pain, etc.), that I can from day to day question myself, observe my functioning and realize in me, little by little, through the exercise of discrimination that goes through practice and oral teaching, that identification with the body is illusion. The body is manifestation in the multiplicity that is none other than the creative resultant of spandasakti (Dyczkowski) of which Shiva is the only undifferentiated reality that precedes this plural manifestation. As Sanderson writes, Abhinavagupta describes the plurality of the multiple individual “I” is nothing other than the projection of the absolute “I”. 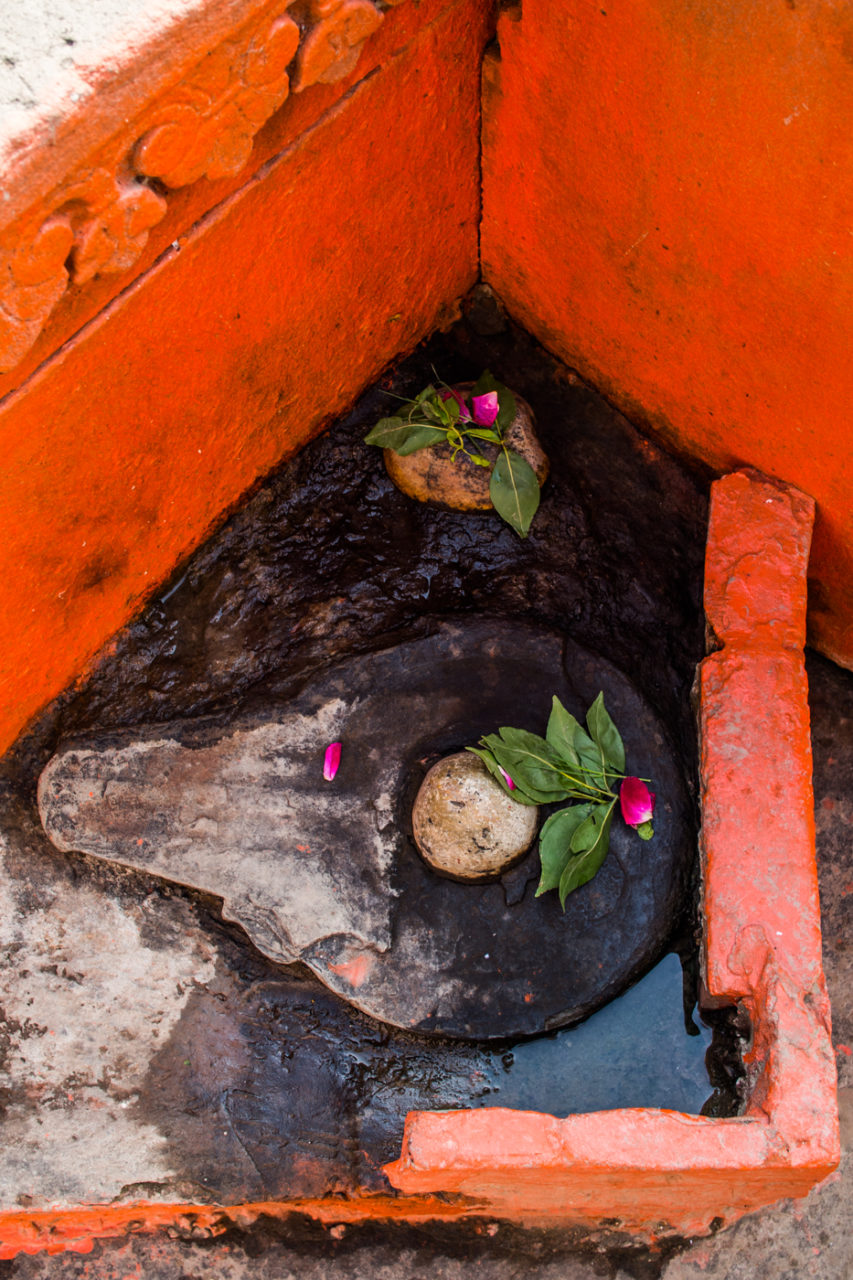 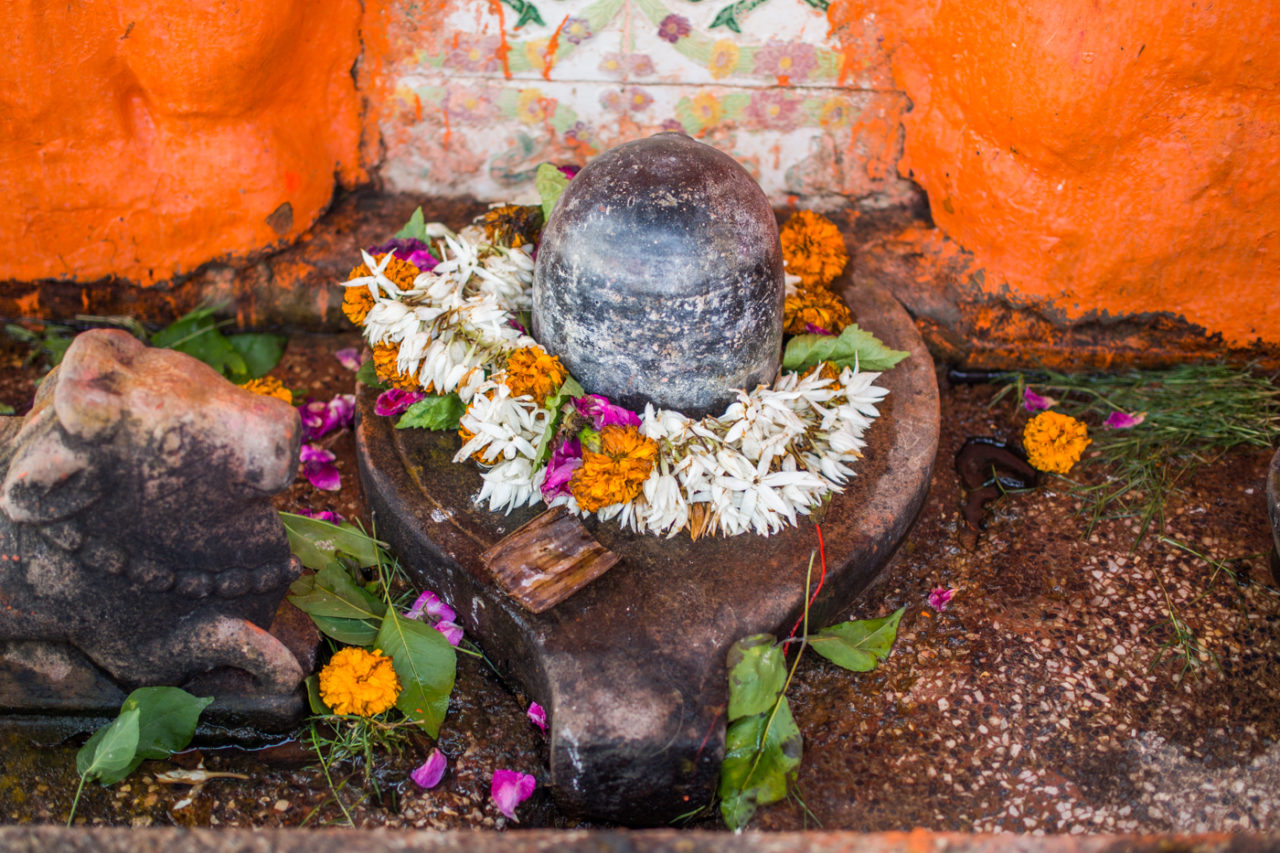 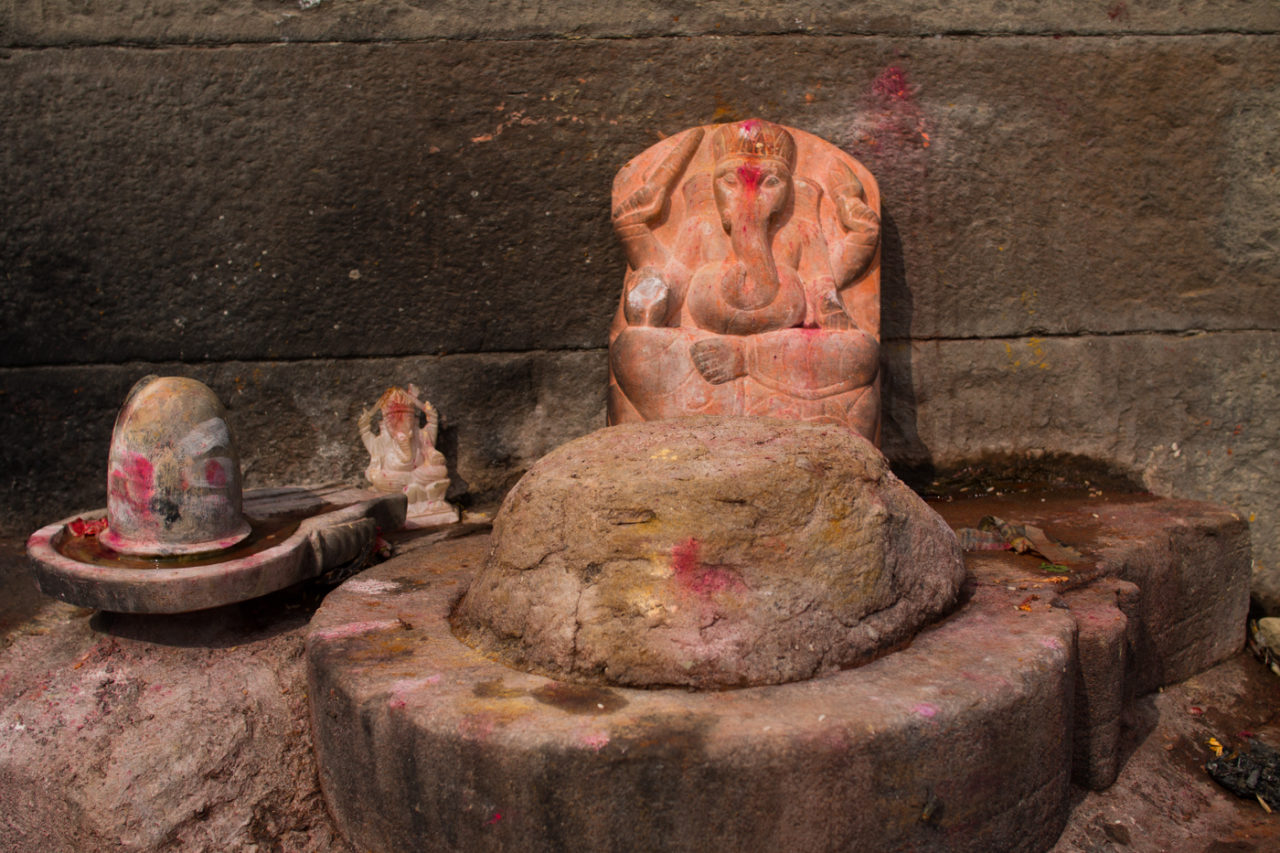 This ultimate reality is beyond the visible world where the normal person experiences duality and variation. On the contrary, this absolute which takes shape at the heart of the intimate experience in the fusion of the three deities in the mandala of the Trika path, which is the state where the inner and outer realities meet in their essences. This unique reality, which carries the potential of multiplicity not yet expressed, is the space where the guru experiences realization with his “true identity,” impersonal identity, absolute and undifferentiated, which is also the state of “bliss”. The ritual practitioner who lives in this state then perceives the triad of deities as One. The three powers of “will, cognition, and action” regain their essential state. They exist under the practitioner’s eyes in their most subtle form which is none other than their state of “fusion” that precedes their division (as described by Somananda). It is in this undivided state that ecstatic joy, or “bliss”, and Consciousness — which are in fact one and the same thing — can be lived out of time and space, in a plenary experience of the deep being.

This state of realization of pure reality also seems to be able to be experienced during the Kaula ritual where the sexual act is used in such a way as to realize “the state of absolute potential”. Again, just as the “I” involved in the mandala ritual of the three deities is not personified, the author insists that the act of the sexual ritual has nothing to do with a worldly “mundane copulation” between two persons. Here, the individual identity has no place, it is, with Shiva for the man and Shakti for the woman, that the couple must identify. The “passions, disillusions and the rest”, which can be experienced in a “normal” relationship and appear only in individual-to-individual relationships, represent here obstructions to the pure realization of the ultimate identity. Even in intercourse, there is not two, but one undifferentiated nature that is expressed in the union, since Shakti and Shiva are nothing but the reflection of each other. In its profound realization, the yogi is fully aware that the absolute is simultaneously unicity and multiplicity, quiescence and emergence, represented in the archetypal gestalt of the divine couple Shiva/Shakti yamala both dual and unique (Dyczkowski 99-101). ).

Alexis Sanderson, “A Commentary on the Opening Verses of the Tantrasāra of Abhinavagupta,” pp. 89–148 in Sāmarasya: Studies in Indian Arts, Philosophy, and Interreligious Dialogue in Honour of Bettina Bäumer, edited by Sadananda Das & Ernst Fürlinger (New Delhi: D. K. Printworld, 2005) 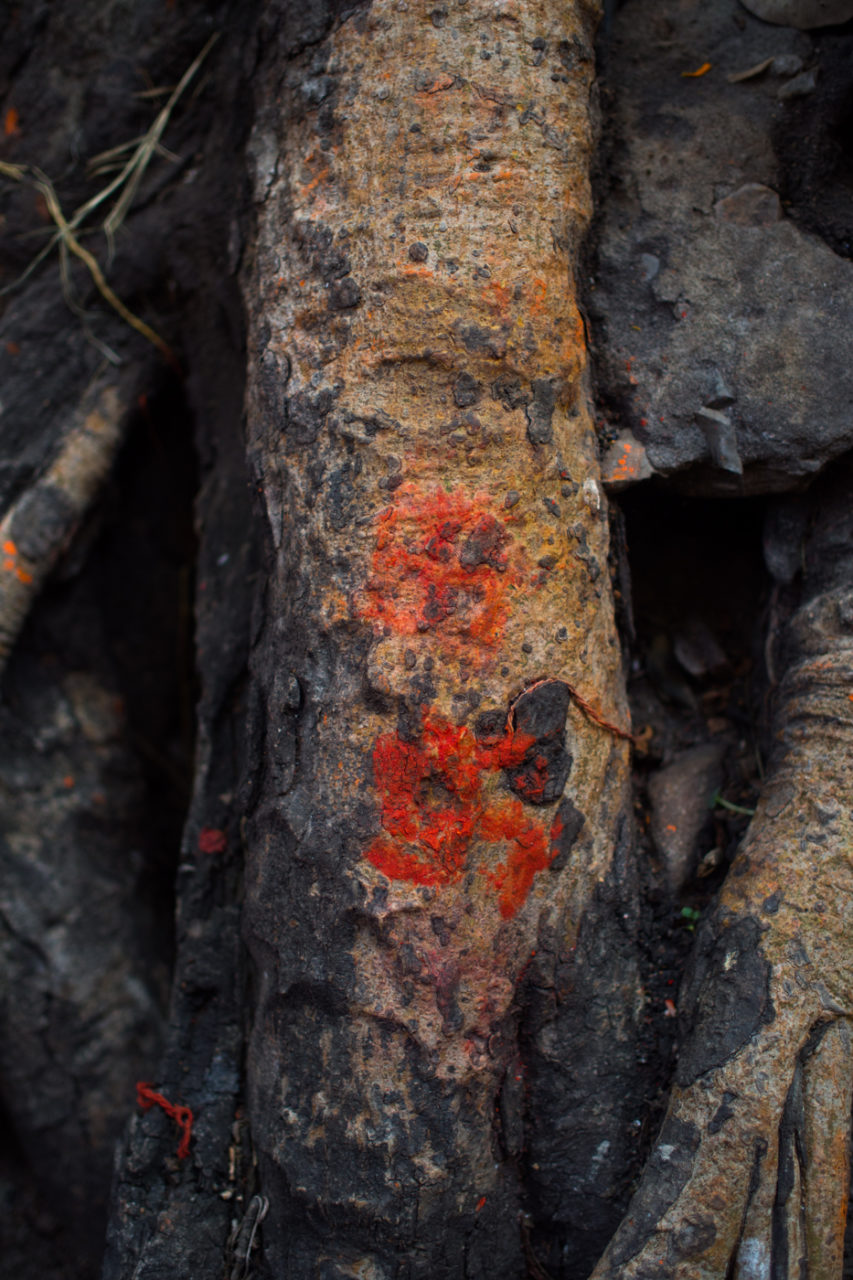 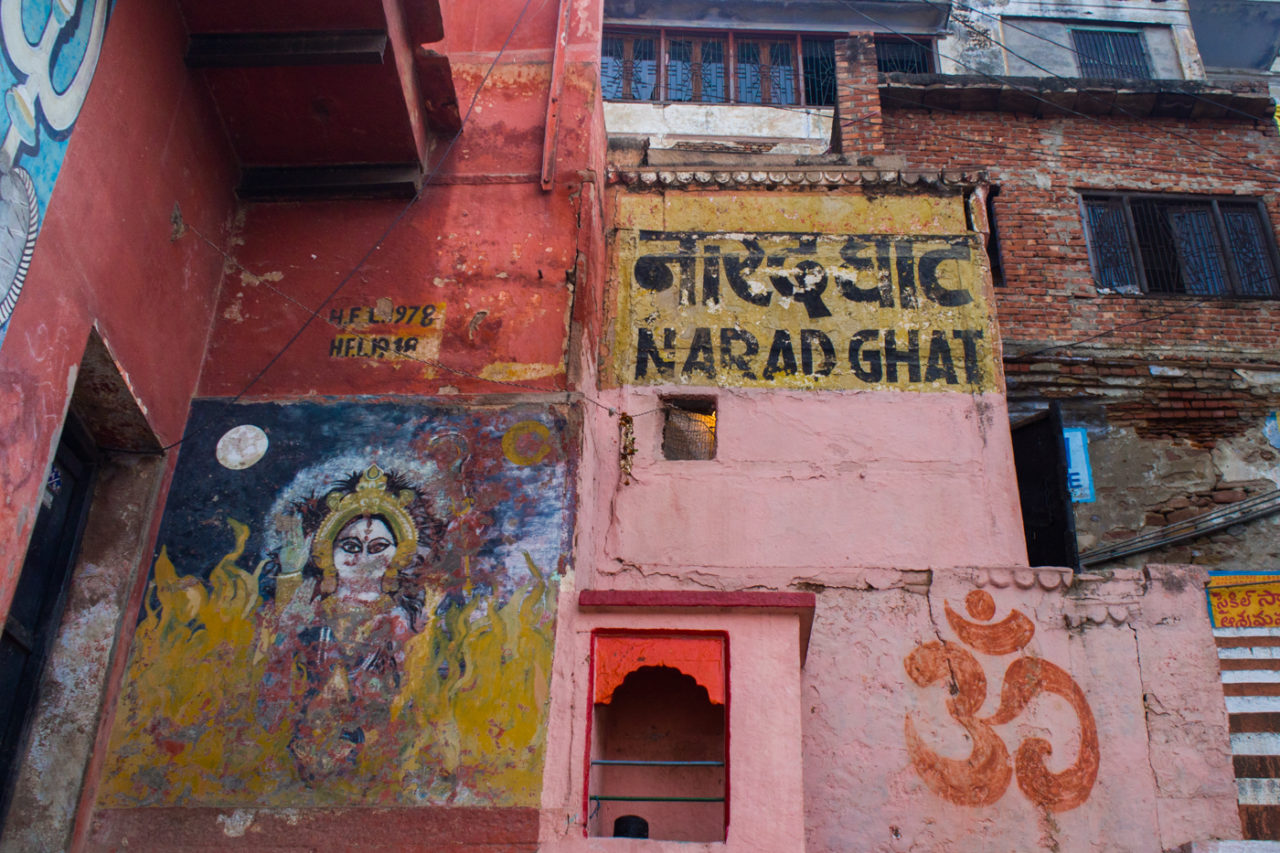 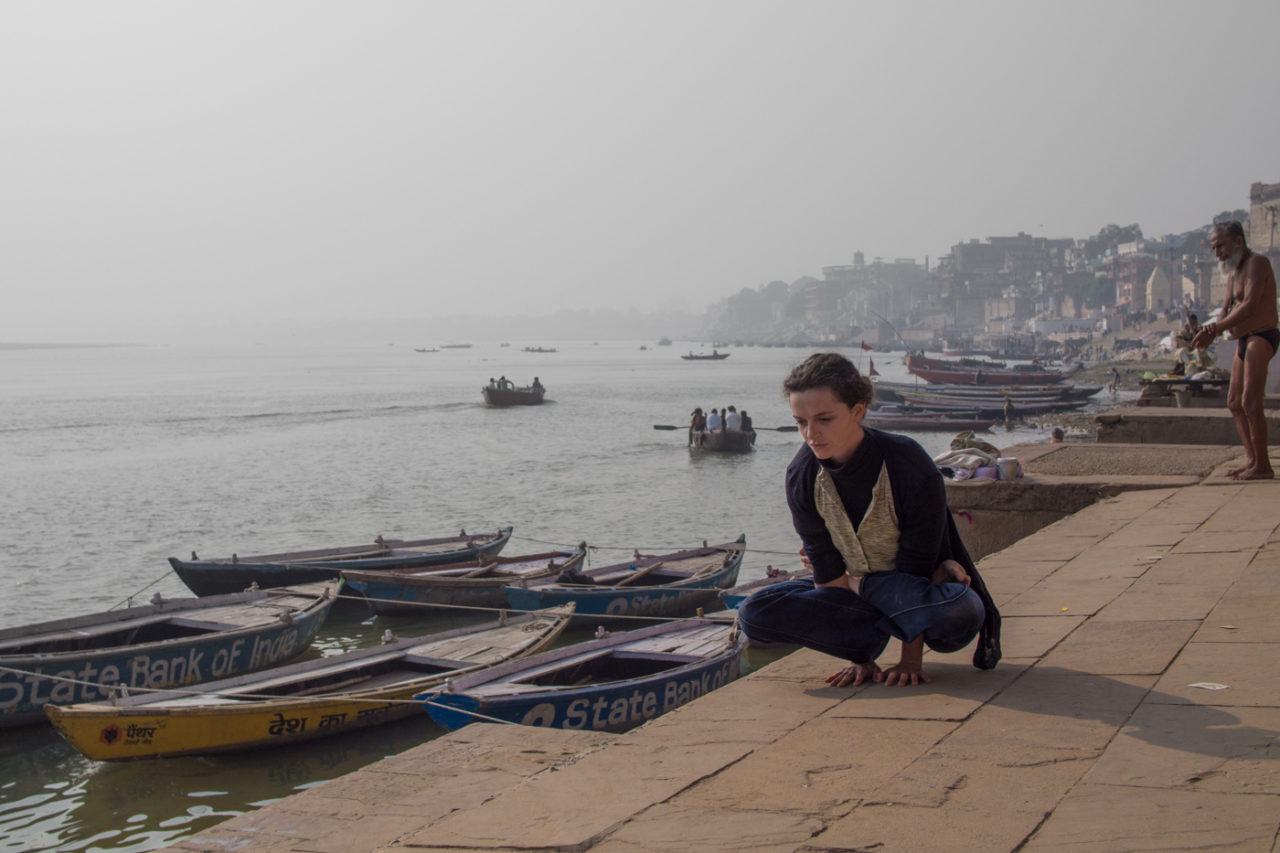 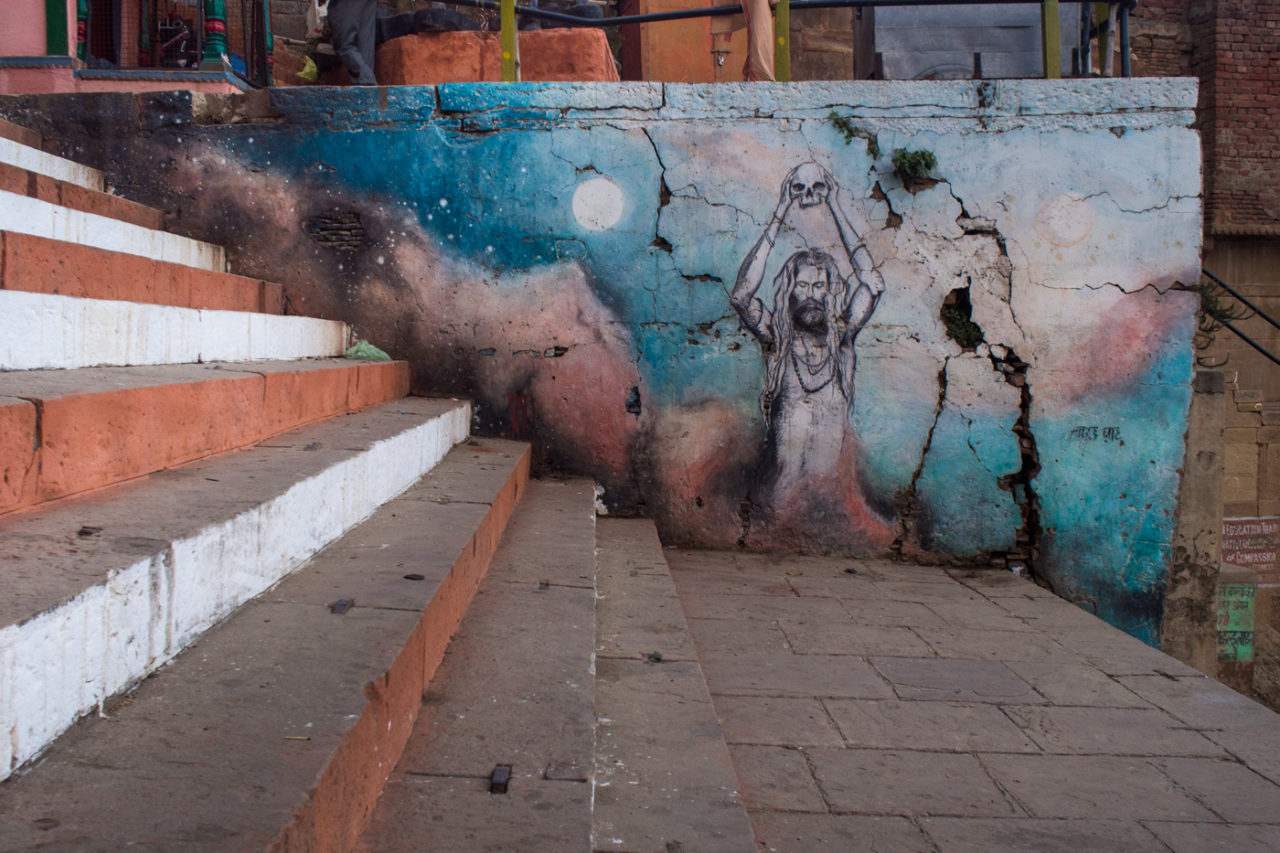 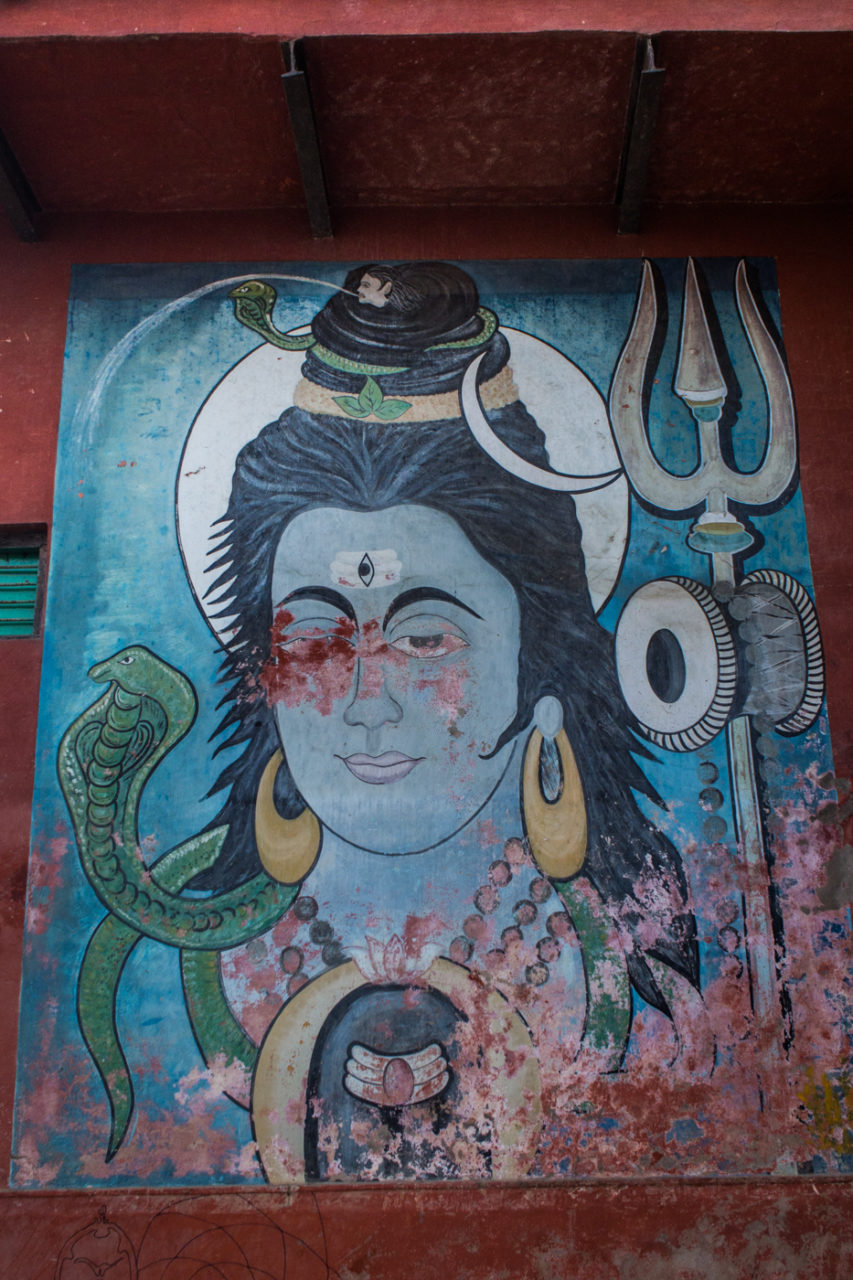 In Spirit : Yoga, Tantra and Non-Duality

In Spirit: Science and Spirituality 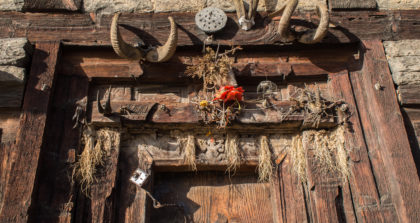 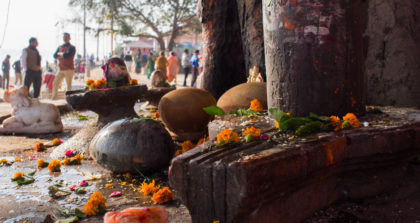 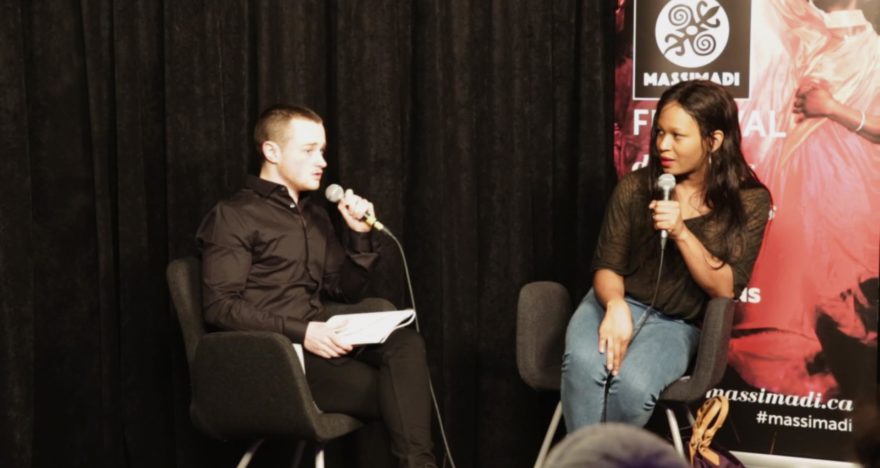 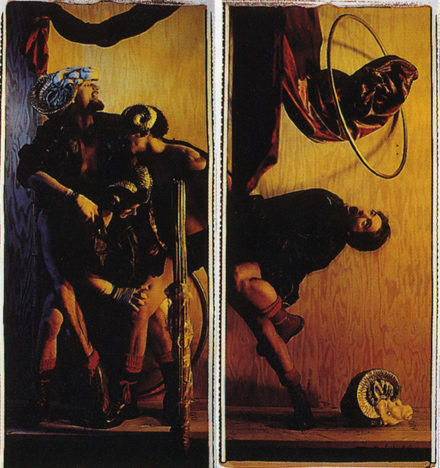