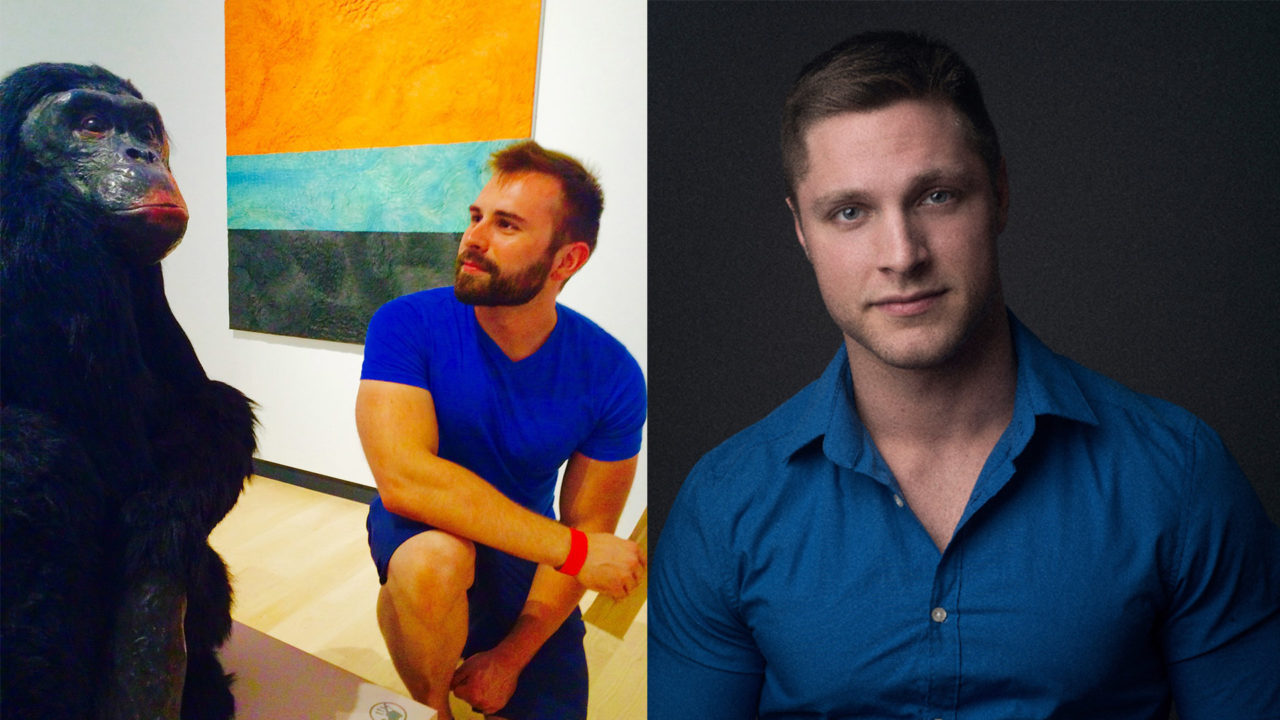 Returning after a summer hiatus to write for NVA’s September Issue has allowed me to reconnect with two important up and coming filmmakers participating in this year’s LGBT Film Series, opening October 12th. Last year I interviewed Brock Yurich for his film ‘T-County’, about a young man in a small town coming out. His new film ’49’, is a love song to the forty-nine souls who perished in the Pulse nightclub in Orlando last June, focusing on five friends in the aftermath. At 11 minutes, Yurich manages to take the audience on a feature length’s worth of emotions. Dominic Poliquin’s multi-layered short film ‘FORCES’, along with his two ‘Gay Heritage Minutes’, round out the exhibit. I got to work with Poliquin last year, narrating another of his short films.

As early as five years old, Dominic Poliquin wanted to be a filmmaker for the pure joy of evasion as he found reality as a child not to be stimulating enough. “I was obsessed with Jurassic Park and Star Wars. That’s what movies do to you: they make you dream. It’s a virus that you catch young and there is no cure. By studying cinema all those years, I discovered auteur films that saved me from being brainwashed by blockbusters. I’m trying to please the child and adult inside of me, but I feel that the inner kid is somehow more creative and talented then the intellectual part. I still want to become a Jedi and visit Isla Nublar!”

As a kid, Brock Yurich made little films with his friends in the backyard: ninja movies, comedies, even trying to make their own ‘Blair Witch’. Years later in New York City, like many new actors he had a challenging time getting auditions and booking roles, so a friend suggested he write his own. “I thought back to my days as a kid with a little video camera and remembered how much fun I had.” He kept an eye out for stories that he found intriguing, read every book he could find on screenwriting, studied all of his favorite scripts learning their structure, and while filming ‘T-County’ realized all he wanted to do was to make films.

Yurich and Poliquin are both gifted storytellers, with parallel subject matters executed in their own unique ways. One moment of mirroring is reflected in scenes in each of their short films where both their lead characters experience a bloody leg wound. In Yurich’s ’49’, it is a bullet his character experiences while caught in the deadly cross hairs that fateful evening. “We didn’t want to get too graphic with the special effects”, he explains, wanting to focus instead on the characters dealing with the injury and not the injury itself. “We knew we were walking a fine line with this subject matter”, he explains. “We wanted to portray the fear and confusion and despair of that night while also being respectful and tactful of the subject matter.”

In Poliquin’s ‘FORCES’, it’s the straight military character who is indirectly injured by his gay friend. “I didn’t want the queer character to be the victim, and chose to show a disgusting wound because the hug scene following it becomes much more comforting. These two neighbours have lived inside a fracture all their lives but you can’t separate them, they’re like the two shores of the river. We created a prosthetic with real bones, latex and fake blood. We shot the close-up of the open wound in my garage with a fake background so my actors wouldn’t have to be attacked by mosquitoes or die of hypothermia after floating on a river during a cold night.” Centering on two life long friends discovering and rediscovering themselves from boys to men, Poliquin realized nobody was talking about the Québécois soldiers that were sent to Afghanistan in 2008. Inspired by his straight friends at the military base where he used to work, he wanted to explore friendships between gay and straight because there aren’t many stories focusing on this theme of masculinity. “I wanted to show a straight man who is more sensitive than his gay friend, who in turn is more violent and masculine. The heterosexual becomes the damsel in distress, while the homosexual saves him. Finally, I wanted to talk about sensitivity being a ‘force’ and not a weakness. Nicola Tomassini is a real football player and because he’s also a filmmaker he had this sensibility for acting and credibility to pass for a real athlete. Benoit Gauvin is the kind of straight friend that any LGBT should have as an ally. There were so many challenges: having the right to shoot inside a real military base, setting a man on fire. I shot more than 12 days over six years because I wasn’t able to finance it through institutions. My actors were really aging and if they look younger in the flashback scenes, it’s because they were five years younger! I guess it all added to the layers and intensity of the film. I like to say that it’s a long feature condensed into 8 minutes.”

Proud of his first film ‘T-County’, Yurich learned much the second time around wanting to avoid mistakes he feels were made the first time. “I’ve grown as a film maker, an organizer, a writer and an actor. But 2016 was very difficult. I experienced more death in one year than my whole life combined. The Pulse tragedy shook me so deeply. We were there in April visiting friends, then June everything happened. We visited again a few days after. I could not believe the amount of love and positivity that came from the tragedy. As a writer, I had to get these feelings out and onto paper, knowing I wanted to focus 100% on the heroes, not on the ones responsible. It’s not about the horror that went on inside, it’s about the strength and love that came out.”

During an acting class, Yurich witnessed two actors do a scene from Neil Labute’s play ‘The Mercy Seat’ about 9/11, and came up with the idea for ’49’ then and there. “I immediately went to a coffee shop and began writing, and after a few drafts I came out with ’49’.” Making a film on a micro budget doesn’t afford the chance to have many rehearsals. Yet for Yurich it was a total team effort, stating that it was his talented and detail-oriented cinematographer, assistant director and sound engineer who gave him the freedom to focus on acting and directing. Yurich acknowledges his talented actor friends who took what he wrote and made it ten times stronger, with many moments during the shoot having tears stream down his face. “I approached my friends Jack Mountford, Jessie Booth, Juan Adames and Naomi Aguilera with the script and they were immediately on board. We all went to the University of Central Florida in Orlando together. Naomi and I had known each other many years from working in nightclubs in Florida. Hiring actors who had physically been to Pulse was important, so everyone in the film had either worked there or visited before.”

Much has happened in the past year within the LGBT community since Poliquin and I last worked together, such as the recent tentative ban of trans people in the US Army, for example. “The LGBT community needs to show an example to other countries where human rights are not respected with dignity”, he says. “It’s our role to dream stronger than those who give us nightmares. Stanley Kubrick once said: ‘However vast the darkness, we must supply our own light.’ Artists, rebels, troublemakers, renegades, we need to shine brighter than ever.” In Poliquin’s Gay and Lesbian ‘Heritage Minutes’, his use of nostalgia and humor with a twist of glamour have garnered overwhelmingly positive attention. In 2010, he had a vision of what it would be like if it wasn’t a big deal to be queer. “Celebration instead of victimization, a paradigm I want to see. I decided to imitate the Heritage Minutes because they were recipients linked to Harper’s government back then, and to be campy and full of Canadian stereotypes like the original. In my first video, a barbed wire fence represents the cultural fracture between Ontario and Québec. When the RCMP and the Sûreté du Québec officer kiss, the message is: Gay Marriage transcends psychic frontiers, even Ontario and Québec! It was important for me to have a female version because marriage is not only a male affair, and to tackle how religion must be separated from marriage. I changed my approach for something more delicate, yet perhaps more provocative. The mise-en-scène suggests the two lesbian nuns have angel qualities. What was once a sin becomes sacred here.”

For his first feature length film, Poliquin is adapting the book ‘After’, by Francis Chalifour, as well as creating a feature for television about the story of the gorilla Mumba, who was raised like a little boy by a Québécois family in the 1960’s and his life at the Granby Museum. This past year saw Yurich appear in the acclaimed indy feature film ‘GOAT’, and a role on Tyler Perry’s ‘The Haves and Have Nots,’ as well \as focusing on his feature film ‘Test’, which follows the story of a young closeted bodybuilder and his steroid abuse. “We’ll be submitting ’49’ to some of the larger LGBT film festivals, with the screening at Never Apart in Montreal on October 12th being its debut, so I have my fingers crossed!” 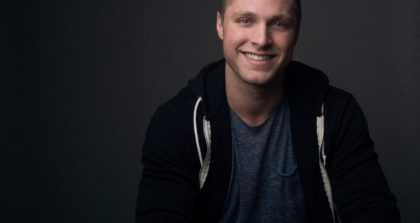 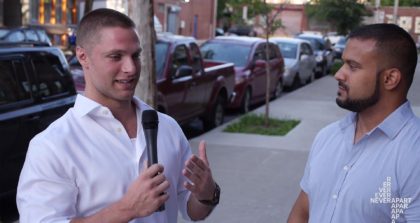 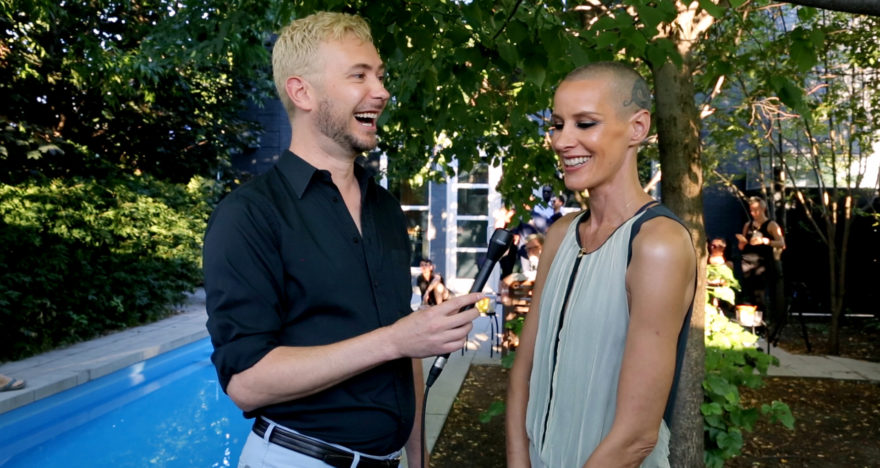 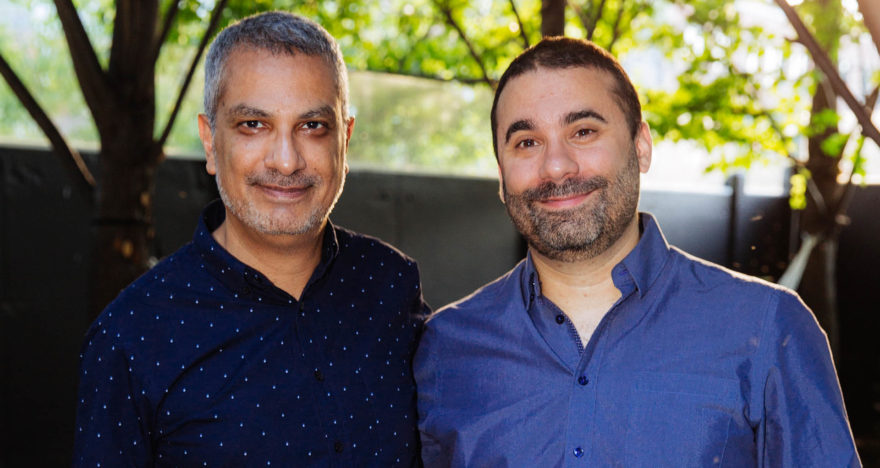