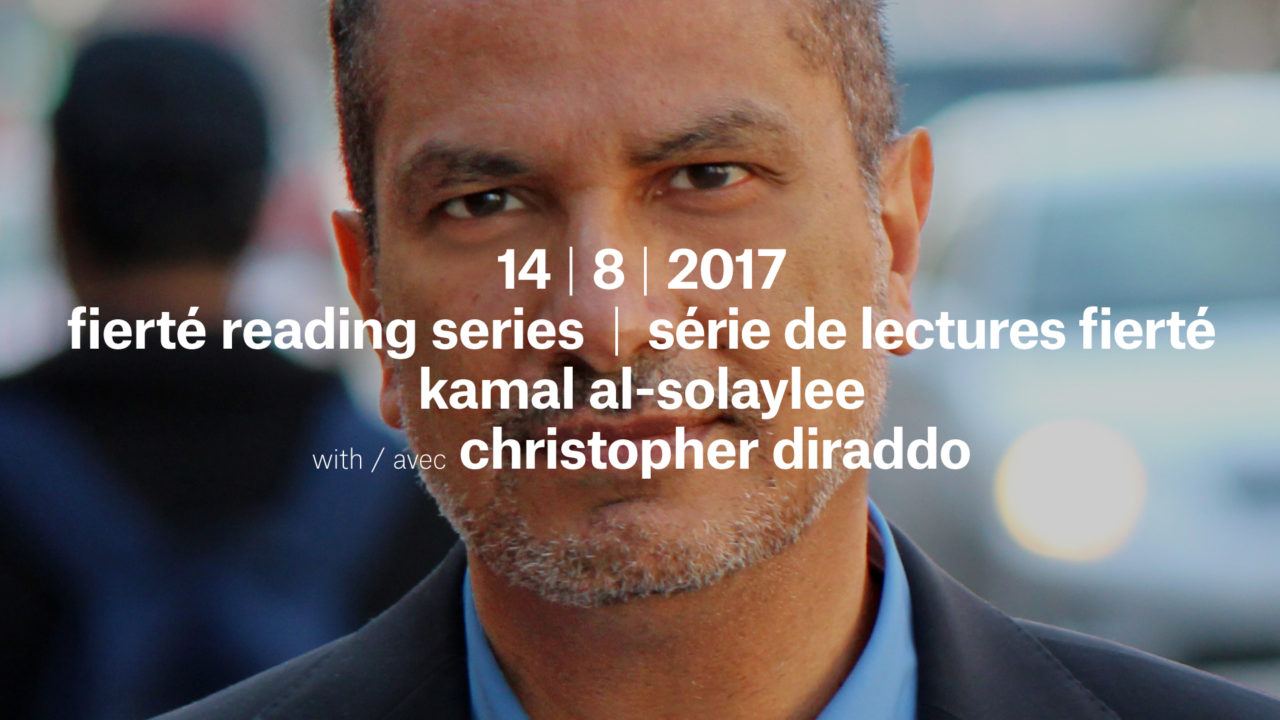 A frank discussion about race, culture and sexuality with Canadian journalist and author Kamal Al-Solaylee.

Al-Solaylee is the author of two award-winning non-fiction books: Intolerable: A Memoir of Extremes (2012), a personal account of growing up gay in the Middle East in the 1970s and 80s, and Brown: What Being Brown in the World Today Means (To Everyone) (2016), a book about the social, political, economic and personal implications of being a brown-skinned person in the world.

This event is an official part of Fierté Montréal’s Literary Pride 2017 series. It is presented in collaboration with Never Apart, a non-profit organization in the Mile End determined to bring about social change through cultural programming, and the Qouleur Qollective, a volunteer-run, not-for-profit group comprised of Two-Spirited and LGBTTQ Indigenous and racialized people/people of colour in Montreal.

Kamal’s books will be available for sale by the Concordia Community Solidarity Co-op Bookstore. The bookstore is pleased to offer a viable alternative to the corporate structure, putting students’ best interests above and beyond our own bottom line. As a not-for-profit alternative to corporate bookstores, they are conveniently located right on Concordia’s downtown campus at 2150 Bishop Street in Montreal. Offering both new and used books, in addition to a wide variety of artisan consignments, we also boast the largest selection of sex and gender studies titles anywhere in Montreal.

An associate professor at the School of Journalism at Ryerson University, Kamal Al-Solaylee was previously a distinguished writer at Canada’s national newspaper, The Globe and Mail. Al-Solaylee also worked at Report on Business magazine and has written features and reviews for the Toronto Star, National Post, The Walrus, Toronto Life, Chatelaine, eye weekly, the Literary Review of Canada and Elle Canada. Al Solaylee’s bestselling memoir Intolerable was a finalist for the Hilary Weston Writers’ Trust Nonfiction Prize, the Lambda Literary Award, and Canada Reads, and won the Toronto Book Award. Brown is a finalist for the Governor General’s Award for Literary Non-fiction. Al-Solaylee holds a PhD from the University of Nottingham and has taught at the University of Waterloo and York University. Al-Solaylee lives in Toronto.

ABOUT THE BOOKS: Brown: What Being Brown in the World Today Means (To Everyone)

With the urgency and passion of Ta-Nehisi Coates (Between the World and Me), the seductive storytelling of J.D. Vance (Hillbilly Elegy) and the historical rigour of Carol Anderson (White Rage), Kamal Al-Solaylee explores the in-between space that brown people occupy in today’s world: on the cusp of whiteness and the edge of blackness. Brown proposes a cohesive racial identity and politics for the millions of people from the Global South and provides a timely context for the frictions and anxieties around immigration and multiculturalism that have led to the rise of populist movements in Europe and the election of Donald Trump.

At once personal and global, Brown is packed with storytelling and on-the-street reporting conducted over two years in ten countries on four continents that reveals a multitude of lives and stories from destinations as far apart as the United Arab Emirates, the Philippines, the United States, Britain, Trinidad, France, Hong Kong, Sri Lanka, Qatar and Canada. It features striking research about the emergence of brown as the colour of cheap labor and the pursuit of a lighter skin tone as a global status symbol. As he studies the significance of brown skin for people from North Africa and the Middle East, Mexico and Central America, and South and East Asia, Al-Solaylee also reflects on his own identity and experiences as a brown-skinned person (in his case from Yemen) who grew up with images of whiteness as the only indicators of beauty and success.

This is a daring and politically resonant work that challenges our assumptions about race, immigration and globalism and recounts the heartbreaking stories of the people caught in the middle.

ABOUT THE BOOKS: Intolerable: A Memoir of Extremes

In the 1960s, Kamal Al-Solaylee’s father was one of the wealthiest property owners in Aden, in the south of Yemen, but when the country shrugged off its colonial roots, his properties were confiscated, and the family was forced to leave. The family moved first to Beirut, which suddenly became one of the most dangerous places in the world, then Cairo. After a few peaceful years, even the safe haven of Cairo struggled under a new wave of Islamic extremism that culminated with the assassination of Anwar Sadat in 1981. The family returned to Yemen, a country that was then culturally isolated from the rest of the world.

As a gay man living in an intolerant country, Al-Solaylee escaped first to England and eventually to Canada, where he became a prominent journalist and academic. While he was enjoying the cultural and personal freedoms of life in the West, his once-liberal family slowly fell into the hard-line interpretations of Islam that were sweeping large parts of the Arab-Muslim world in the 1980s and 1990s. The differences between his life and theirs were brought into sharp relief by the 2011 revolution in Egypt and the civil war in Yemen.

Intolerable is part memoir of an Arab family caught in the turmoil of Middle Eastern politics over six decades, part personal coming-out narrative and part cultural analysis. This is a story of the modern Middle East that we think we know so much about. 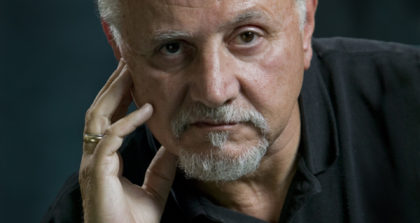 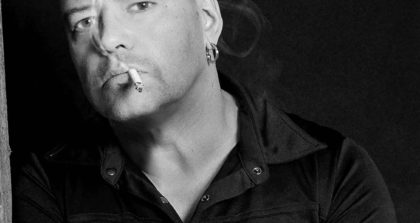 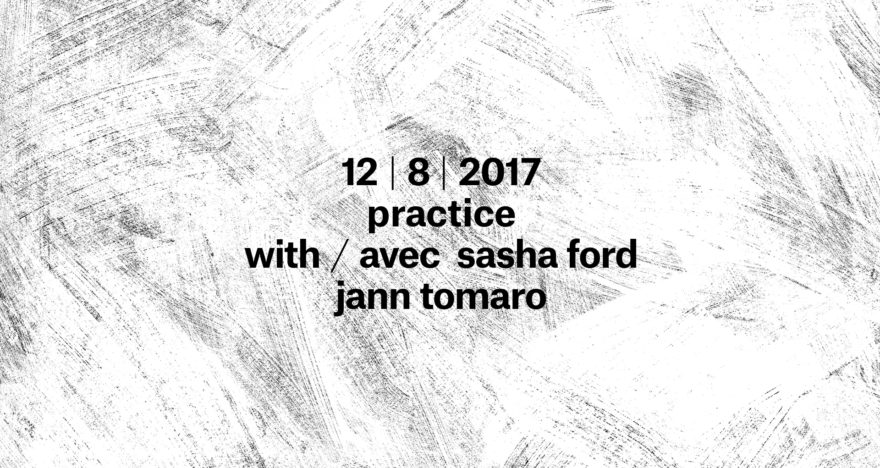 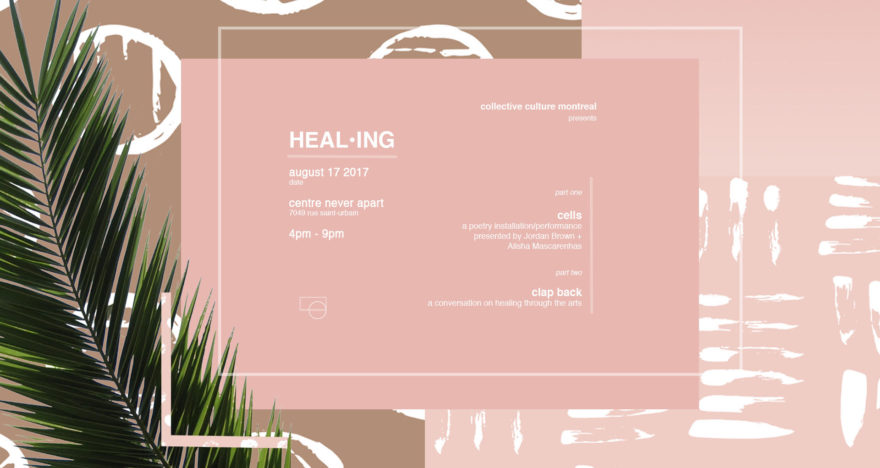