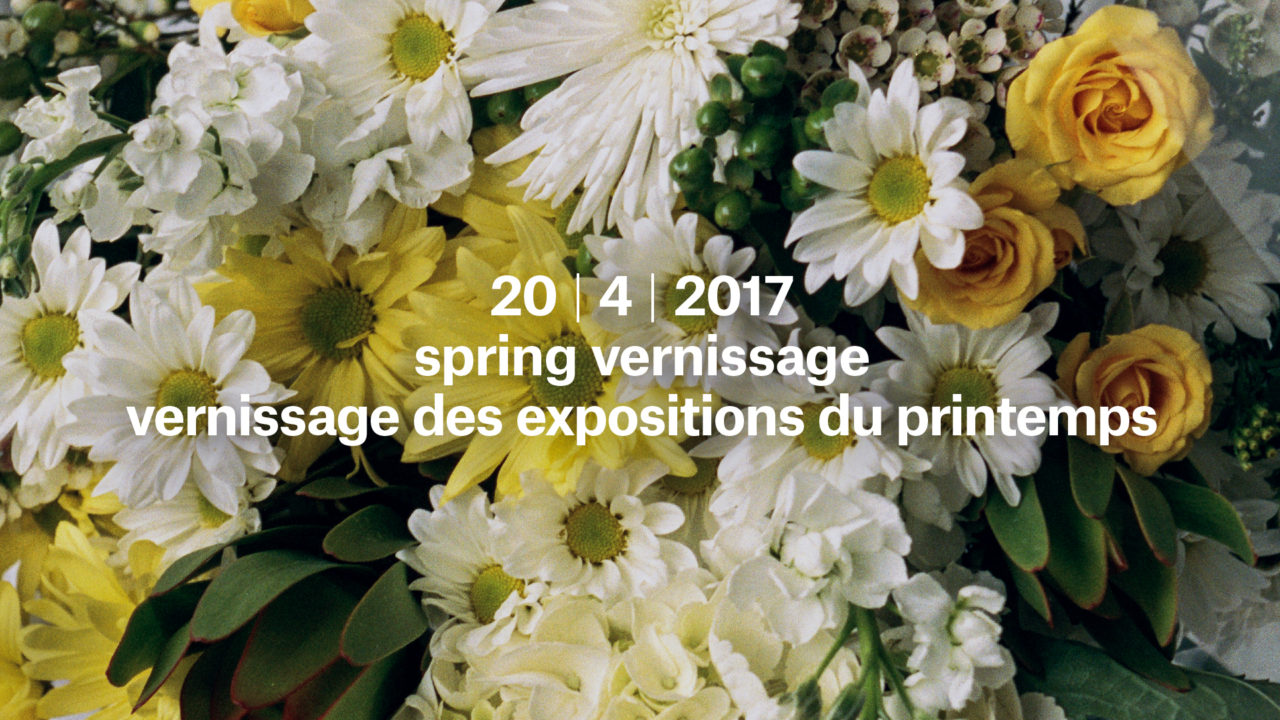 Join us for our Spring Exhibitions Vernissage where we are launching seven new exhibitions featuring the works of ten artists!

Gallery A, B & C
“Two-Spirit Sur-Thrivance and the Art of Interrupting Narratives”
with Dayna Danger, Jeffrey McNeil-Seymour, Kent Monkman, Preston Buffalo and Fallon

Never Apart recognizes that it is located in Kahnawake Mohawk Territory on the island of Tiohtiake (Montreal). We are uninvited guests. In a time of celebrating 150 years of Canadian confederation and Indigenous responses to festivities using #Resistance150 – it’s important to nurture the confluence of Settler and Indigenous resistance. Sites of resistance are found in many forms, spaces and places – oft deployed from the shadows, haunting the chasms of service and solidarity between diverse marginalized communities interests and struggles and success’s for/of their assertion for equality and equity – one such emergent community in Canada are Two-Spirit people. Two-Spirit is an umbrella term used to encapsulate diverse lived experiences of gender fluidity and sexualities as they intersect with Indigenous bodies, spiritualties, communities, relationships, and land and water in this place called Canada. Two-Spirit is markedly different than LGBTQ.
In thinking about the moments of encounter between the Settler and Immigrant body with the Indigenous one, Two-Spirit Sur-Thrivance and the Art of Interrupting Narratives seeks to unsettle ongoing moments of settler/trans*/queer settler colonialism, homonationalism and reconciliation discourses through heartfully calling people in to conversations that include building relationships with, reciprocity, respect and celebration of Two-Spirit resurgence. As a gesture of reconciliation, Never Apart in partnership with Two-Spirit artists, force an interruption in racist, homophobic, and transphobic geopolitical undercurrents and pinkwashing of Canadian national imaginaries of settlement and Canadian Indian reserve communities. Encounter and thus reconcilliation is not a one time event. You are changed, touched and transformed. Two-Spirit Sur-Thrivance and the Art of Interrupting Narratives seeks to facilitate dialogue and consciousness raising through 7 Two-Spirit artists, lecture and artist panel as sites of resistance, resurgence and celebration – sites of praxis for social change.

Risen is a self portrait documentary short about my personal navigation through experiences of post trauma. I chose to explore this subject matter through the lens and aesthetics of modern horror cinema. Set in the present day, I experience psychosomatic echoes of the traumatic incident as visceral flashbacks; I find myself repeatedly haunted by the memories of the attack. Through self driven spiritual and emotional intervention, I discern and create a new path located from and within my Two Spirit and Indigenous identity that guides me towards personal freedom, recovery, and healing.

The purpose of this show is to move on.
Each image has its own place in representing the artist’s relationship with photography, whether as a means of solving problems, a recreated occurrence, or simply an idea that has yet to be executed.
Harkening back to still life motifs, landscape, and the influence of tableau, the work serves as a launching point for a new chapter of ideas and creation in the artist’s developing body of work.

Going Out
A look into the history of Montreal’s lesbian bar scene.
If the 60’s era had an icon, it was Denise “Baby Face” Cassidy. Then, Montreal’s scene hit the stride in the 1980’s and 90’s. The new millenium spelled the decline of the lesbian bar scene. Magnolia was the last major gathering place for this faction of Montreal’s queer community. At the same time, the younger generation began to seek out new neighbourhoods and connections, gravitating towards spaces and events run by women for women.

Our Legacy – Into the past of lesbian periodicals in Montreal
By creating our own lesbian print magazine, we decided to search the Montreal LGBTQ archives and meet women involved in various publications of the time. A selection of periodical archives from our past.

Upper Gallery D
Andrew Moncrief: Losing Face
The way we depict ourselves to the world, on the online stage for consumption by an audience, distant and unknown is a means of expression that has become synonymous with social media. Continually solidifying moments of reality – though photos such as selfies – making them more real, to validate our existence. Through dramaturgical studies, sociologist Erving Goffman conceptualized identity through metaphors of stage actors in the theatre, arguing that we “perform” in order to project a desirable image. That in the presence of an audience we wear a series of “masks” which conform to certain rules and social conventions in any given situation. This performance Goffman called “Self-Presentation” which is essentially a continual controlling and staging of how we appear, casting ourselves – especially in terms photos on social media – quite literally, in the best light possible. “Losing face” is a failure to maintain the desired image/persona/ideal by the “performer” revealing normally concealed aspects of the performer such as the effort which goes into putting on a front. What interests me most of all is Goffman’s key argument that as individuals [performers] we have impressions that we give and those that we give off the difference is that the performance we give is quite often clearly received but the impressions that we give off are unintended. I am interested in this dichotomy present in these images, the actual image, and its ostensible representation of reality and the psychological “back stage” reality of the moment. This idea of “Losing face” not in the sense of humiliation but more of a slip-up, a revealing of something unintended, is what fascinates me most. How a depiction of self could potentially reveal a fear or an insecurity or those other marginalized aspects of ourself that we don’t want anyone to see, yet hide in plain site, often, for thousands to see.

Upper Display Case:
Wiggle by The House of Venus
The wearable art and performance festival 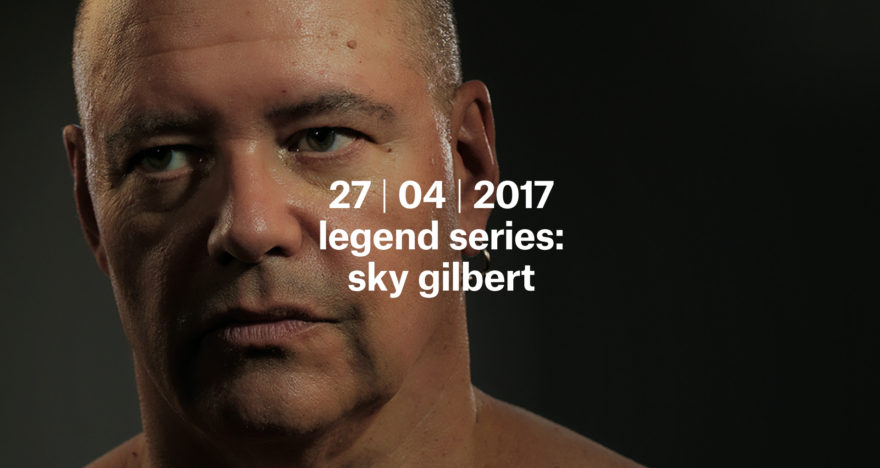 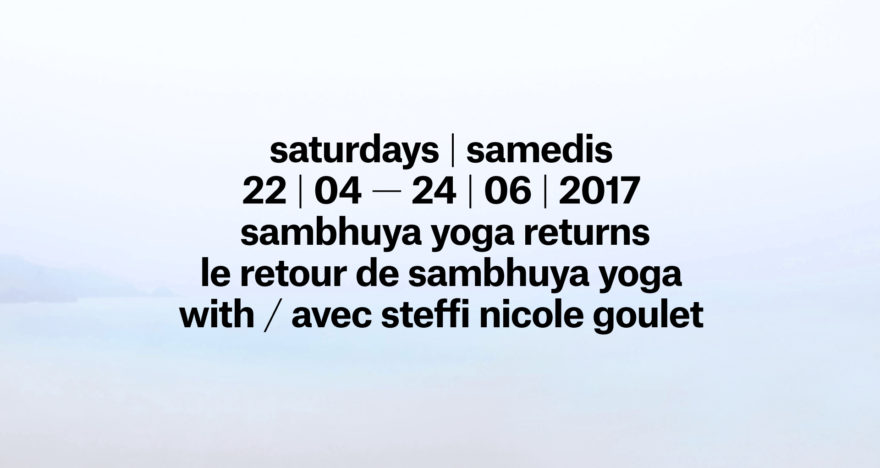