Items in the Shop

Colour by Icons is a colouring book project and gallery exhibit that aims to restore the importance of queer history and role models through an educational device that fills in some of the gaps of our past while colouring inside the lines.

The Never Apart LGBT Historic Colouring Book is a fun and retro-kitsch project that also serves as an educational tool. So much of queer history has been erased and is not something we are taught in school. Growing up, many of us did not have queer role models. In this cool, collectible art book, we celebrate some of queer history’s most colourful trailblazers: legends and heroic symbols of our struggles, talents, and achievements. In Colour by Icons, it’s up to you to colour inside or outside the lines.

There are 25 iconic images found inside and bound in the 1980’s Colouring Book style. We also collaborated with a number of artists who took on the task of colouring a page in the book. Their collaborative works are on display as a part of our first ever art exhibition in our Never Apart Gallery

There is also an interactive element to the exhibition where people are encouraged to colour in their favourite Icons and put their artwork on the wall. 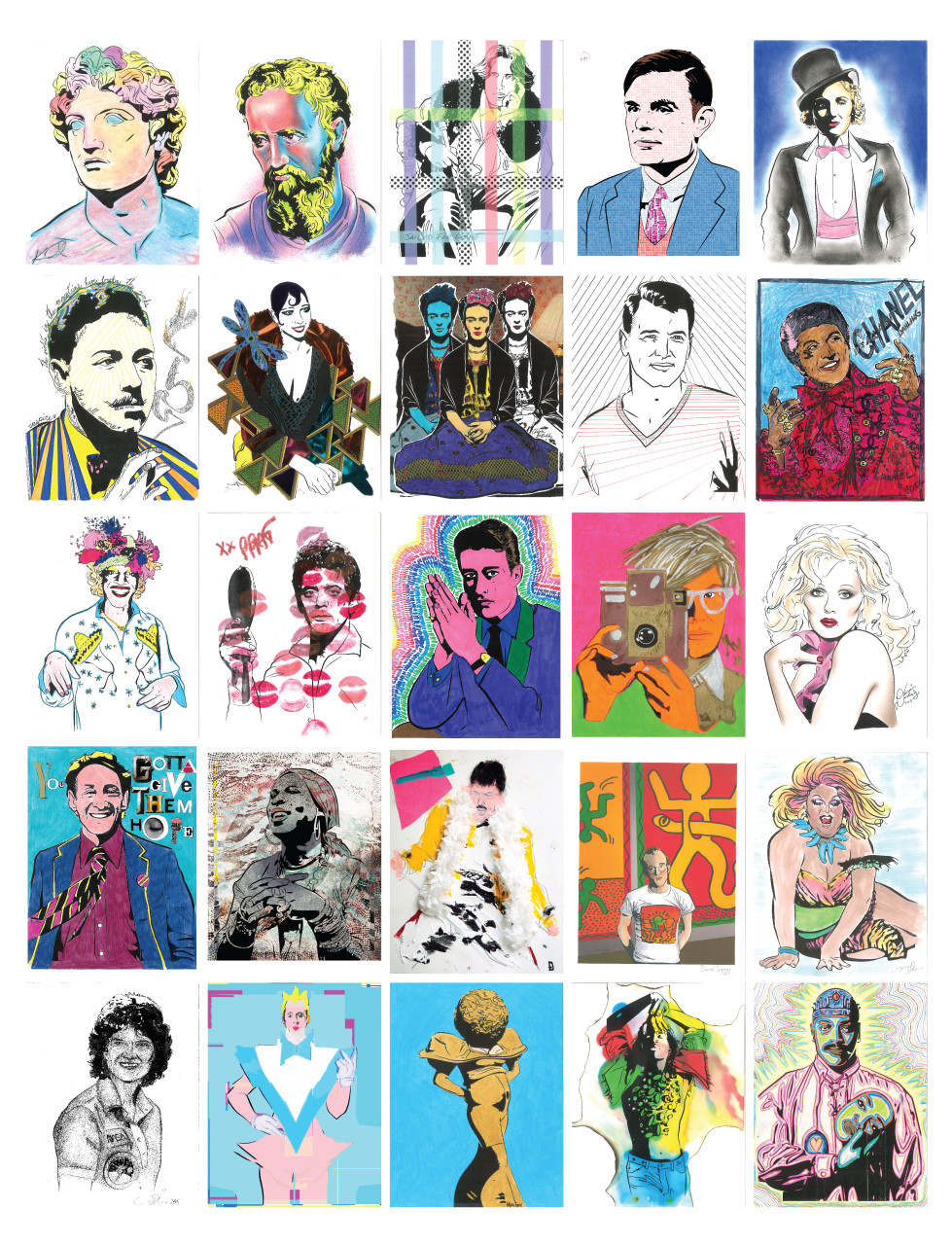 Divine
The world’s most famous drag queen continues to inspire with his films, music and larger-than-life persona.

Rock Hudson
This Hollywood hunk was the leading man in 1950s films. His death of AIDS-related complications in 1985 led to public discussion of the disease.

Leigh Bowery
A colourful performance artist and fashion designer, and one of the most influential figures of 80’s and 90’s London and New York art circles.

Candy Darling
A multi-talented beauty, Warhol superstar, and one of the first transsexuals in pop culture.

Keith Haring
An American artist who came out of The Big Apple in the early 80’s and forever changed the art world with his iconic style of paintings.

Frida Kahlo
Born in Mexico, she was a feminist and bisexual who is best known for her beautiful paintings.

Alexander The Great
This undefeated Greek king was a great lover and fighter. He ruled!

Michelangelo
A man of the Renaissance who created many homoerotic masterpieces, including the famous statue of David.

Oscar Wilde
An extremely talented dandy poet and playwright who did Victorian time for who he was.

Alan Turing
Considered the father of computer science and artificial intelligence, he helped the Alies win WWII but was later prosecuted for homosexual acts in 1952.

Josephine Baker
This triple threat star, who loved both men and women, was a leading force in many realms, including the civil rights movement.

Liberace
The glitzy pianist was known as much for his over-the-top glamorous costumes as his undeniable musical talent.

Marsha P Johnson
A groundbreaker and brickthrower at the Stonewall Inn Riots that fought her whole life for all of us to be who we are.

Lou Reed
One of the innovators of alternative rock and roll who wasn’t afraid to walk on the wild side.

Andy Warhol
The mid-century pied piper of the art world made everythign POP!

Harvey Milk
A patron saint of the LGBT movement and the first openly gay politician in the USA, who spearheaded many positive changes for our community.

Sylvester
This disco diva dazzled and captivated legions of fans with his voice and stage performances while defying gender norms.

Freddie Mercury
One of the first major rock stars to die of AIDS, the lead singer of Queen is considered to be one of the greatest performers ever and lives on through his music.

Sally Ride
The first American female and first known LGBT person to ever go to space.

Klaus Nomi
This German-born avant-garde pop sensation was out of this world!

Willie Ninja
The Godfather of “Voguing” who forever changed dance and what it means to be legendary!

Frankie Knuckles
The Godfather of “House” music who created magic on the dance floor as a DJ and producer. 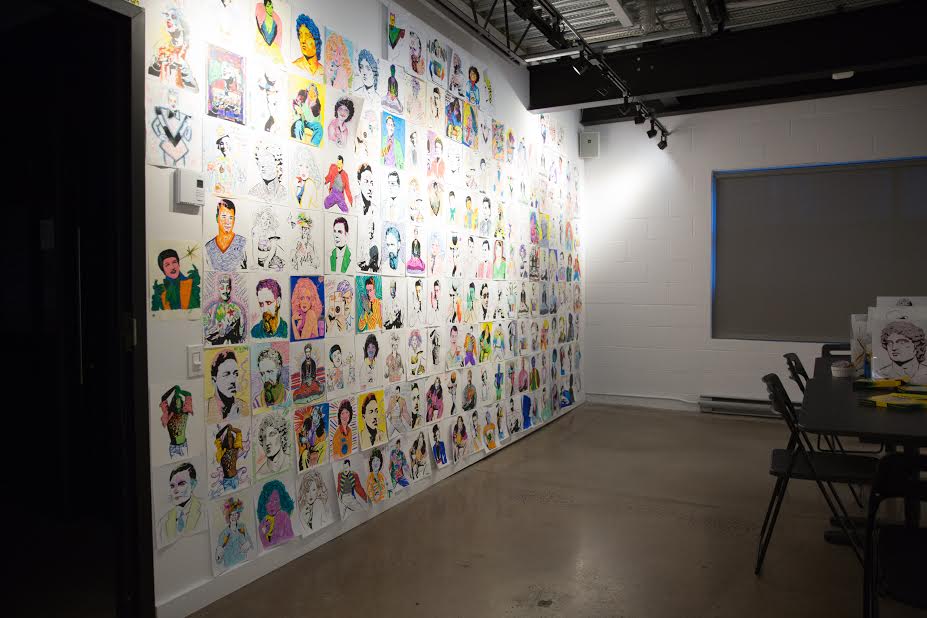 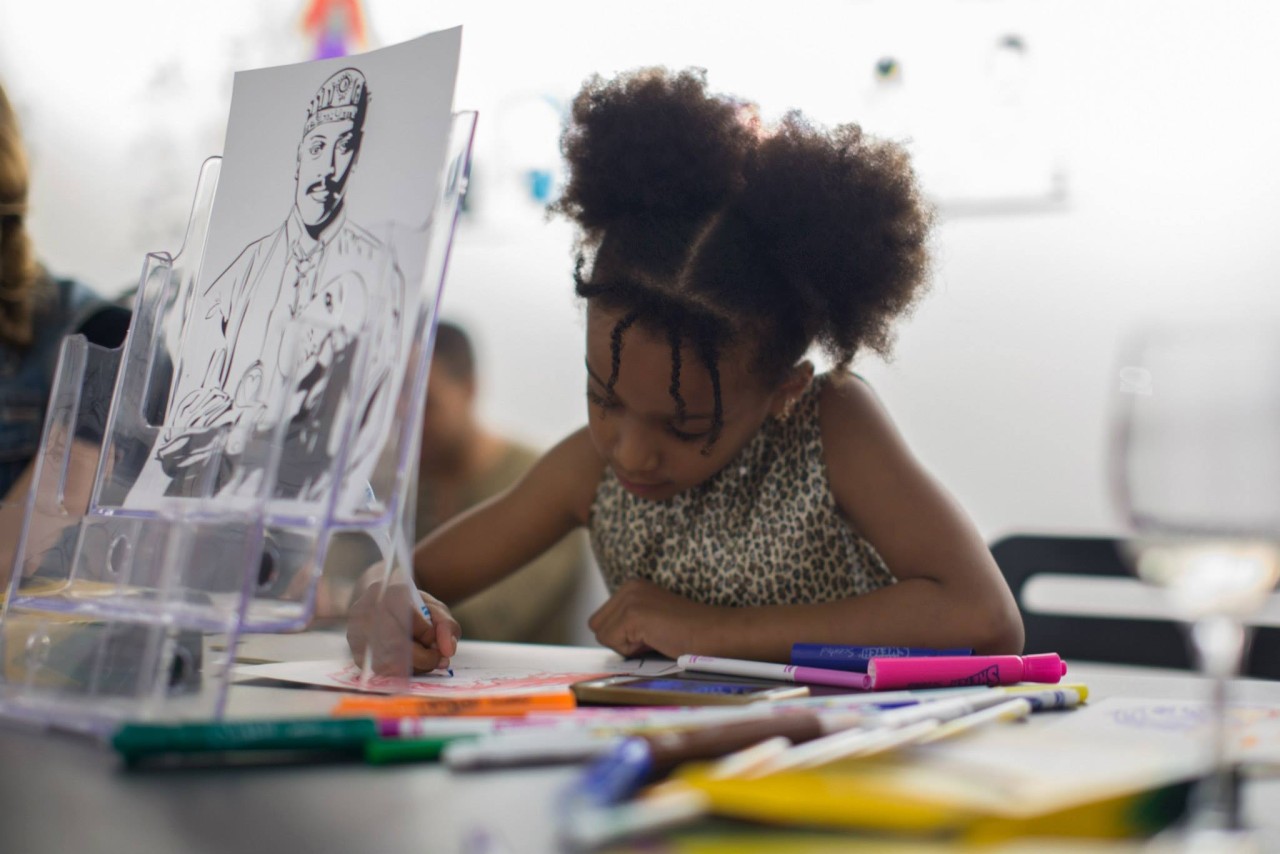 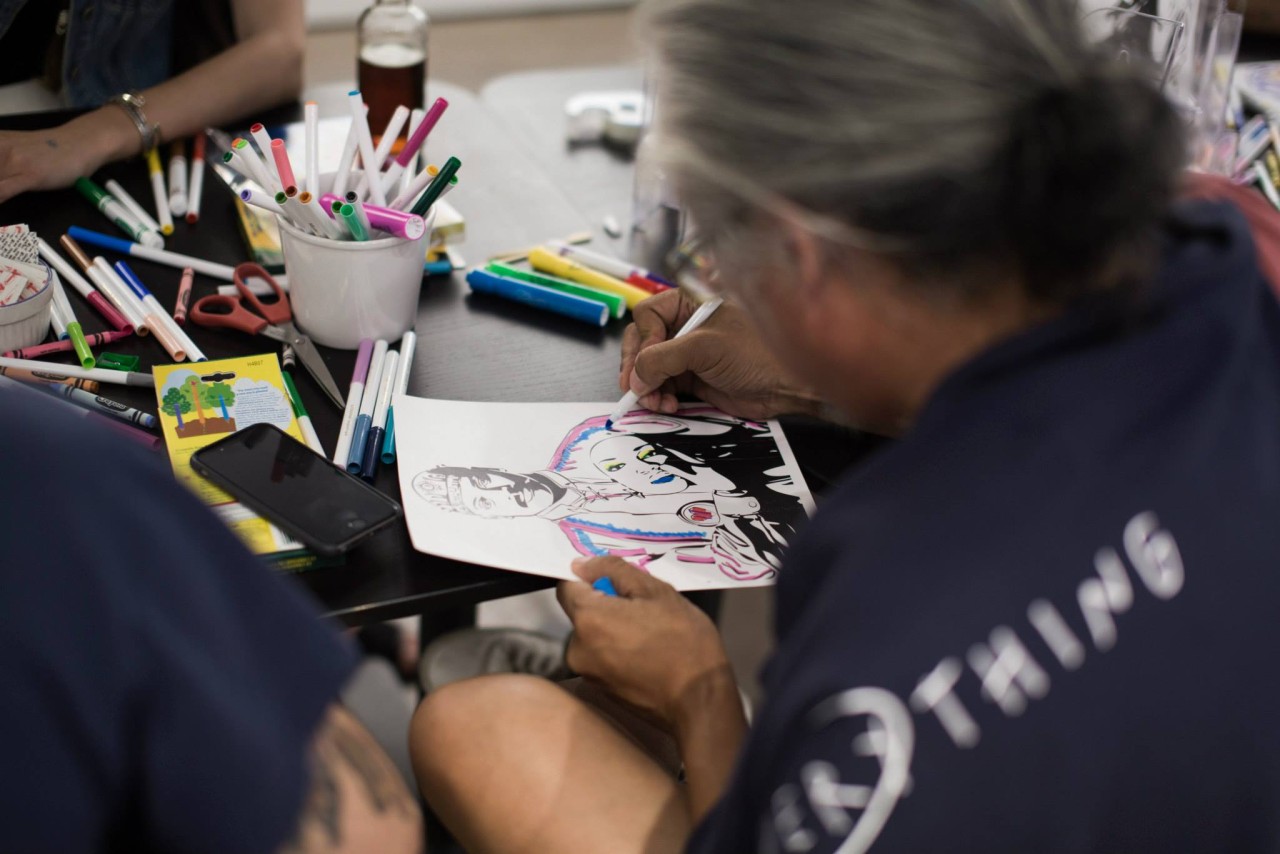 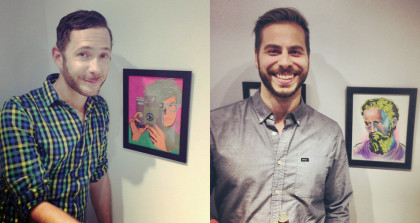 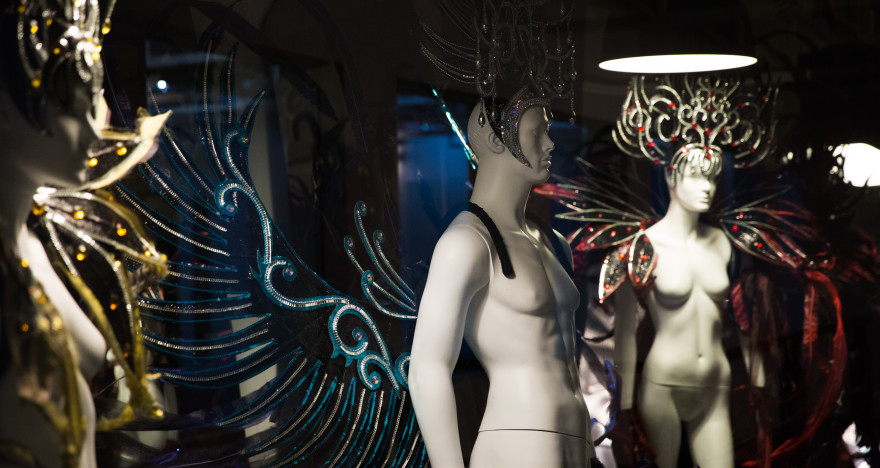