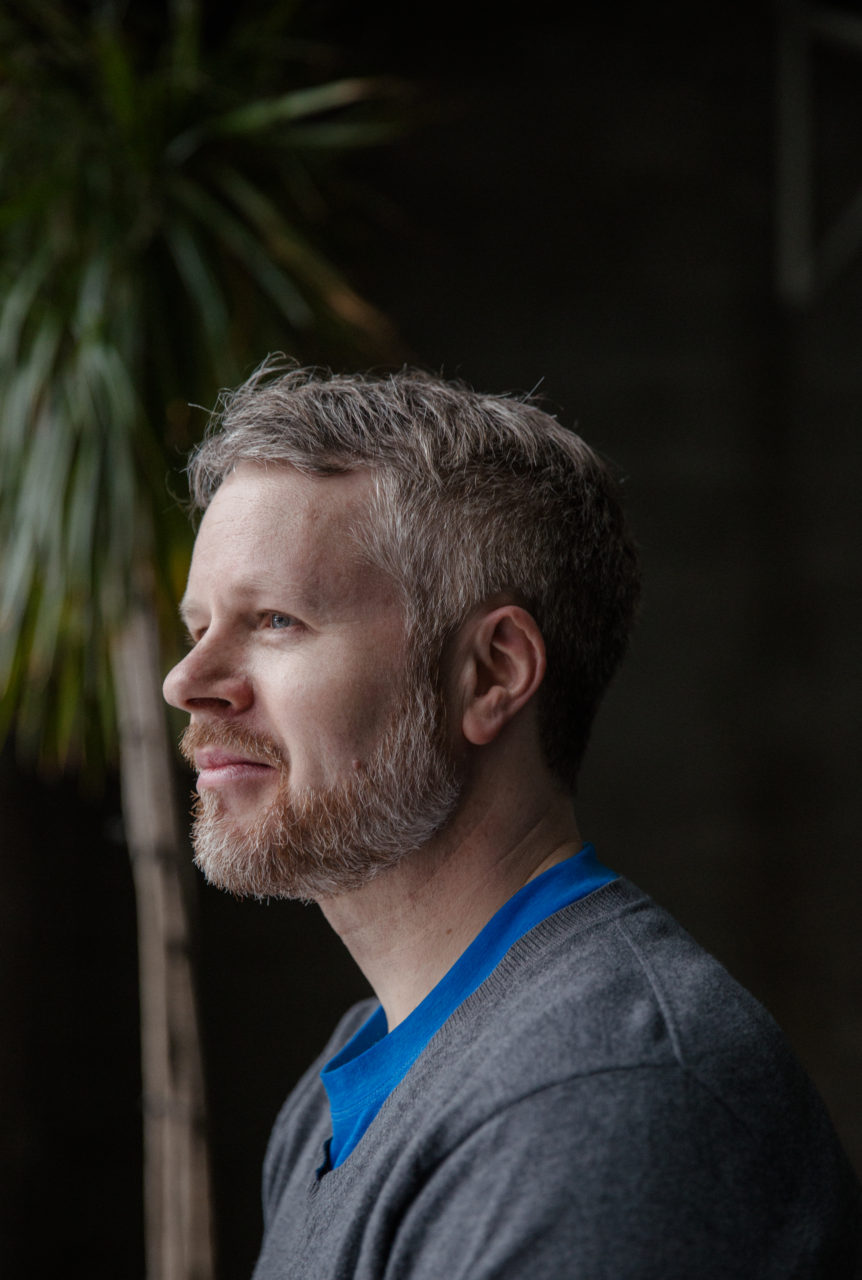 As a creator of improvised soundscapes, Carrière’s work invites listeners to experience deep and careful listening. Using a no-input console, or tuned feedback as his main instrument, he creates rhythmical layers and evolving melodies. Part of the independent music scene in Montreal for more than 15 years, Carrière was a founding member of former experimental group ‘Interceiving’. He’s released several albums, scored independent film, and creates sound art installations for gallery and museum projects. “I’m a musician, composer and sound artist, yet I’m also a sound engineer by trade,” shares Carrière. “I’ve worked in recording studios, in television, and in film for 20 years. Throughout my life, I’ve learned to play drums, guitar, piano and voice. That, in combination with my long-time fascination with all things audio has led me to where I am now. Channeling my musicality, along with a propensity towards melody, layering and rhythms, into art that is sometimes musical, sometimes more like sound art, sometimes almost pure noise, depending on the context.” In addition, Carrière has continued to be an active member of multi-disciplinary artist collective CRUM (Centre de Recherche Urbain de Montréal) for the past 10 years. “CRUM consists of a builder/sculptor, a painter, an architecture historian, an information sciences specialist who is also a painter, and myself as the resident sound artist. We’ve done performative projects, residencies, interventions as well as collaborative projects with many artists and galleries. I’m also a founding member of the Lanark Land Art Recording Group, a collective of artists focused on exploring nature through innovative sound capturing techniques.”

It was while working as a TV broadcast sound engineer that Carrière first imagined the audio console as a performative device. The sounds of singing circuits he found to be quite fluid and takes inspiration from the multi-disciplinary work of Brian Eno, while recently seeking to combine these electronic textures with more traditional instruments such as the kalimba and the harmonium. It’s been discovered that sound frequencies impact physical phenomena, transforming the molecular structure of matter. Sound healers aware of how natural vibrations of the body may be affected by various frequencies of sound, are discovering that the physicality of noise has great potential to influence our bodies and minds, altering our mental states, and able to induce a connected sense of spirituality. In relation to these findings, sound frequencies have been discovered to encourage experiential states of balance, focus and divinity, apparent with traditional Gregorian chanting. Brainwave entrainment theory reveals brain waves corresponding with mental states are influenced by rhythms, pulsations, and specific frequencies. It’s clear as a bell, that through sound we can alter our cognitive and emotional states, and with awareness it appears we are able to bend our sense of reality as well.

“I’ve always been very audio-focused, but also have long-standing meditation and qi gong practices,” states Carrière. “Combining these elements is a natural progression for me. I’ve experienced massages accompanied by the sound of Tibetan bowls, mantra classes and chanting, the therapeutic power of singing, etc. This curiosity about the beneficial effects of audio sometimes manifests as audio experiments, experimental music or art projects.” Carrière mentions a couple of examples to highlight this phenomenon, such as the frequency of the earth rotating (7hz) having an important effect on us, or the 50hz fundamental frequency of a cat’s purr as having a therapeutic value. Carrière, and collaborator Marcin Padlewski who happens to be a naturopathic doctor, used modified stethoscopes to record the lowest frequencies of a cat’s purring. It was only by applying the stethoscope/microphone directly to certain parts of the cat’s anatomy that the fundamental frequency could be fully captured.

“Most recently, I’ve developed a fascination with the ways in which the patterns of nature transposed to audio or music create something special,” he adds.

Carrière’s first introduction to NVA was ironically through reading my article on Jann Tomaro, when she first began to introduce the ‘Practice’ series last year to the public and practitioners alike. “I was immediately struck by her openness and presence as a curator. I got in touch with her right away and made a pitch. We met and both felt I could contribute something interesting to the series,” explains Carrière, and hopes people will experience something new and different pertaining to sound meditation. Understanding that although the vast majority of people are more visual than auditory, he believes the power of sound is immense. “We can see it in positive ways (sound as healer), and negative ways (audio combat devices such as sound cannons). My advice is for people to come with an open mind, to have the patience and presence to take in the experience of the ‘Practice’ sets. Take a break from the relentlessly visual art offerings. Let another part of your mind take in some inspiration.”

Inspiration is not something Carrière is soon to run out of, with a new EP of no-input console music due out soon, as well as an EP of audio fractals, and is currently working on the completion of a sound piece for Canada’s 150th Celebration (Sounds of the Lachine Canal) with fellow artist Douglas Scholes, followed by a new collaboration with baritone saxophonist Ida Toninato and soundscape artist Joël Lavoie. 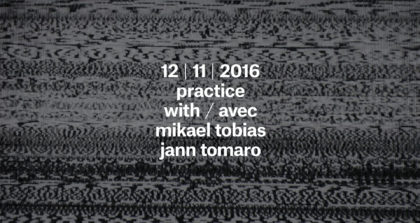 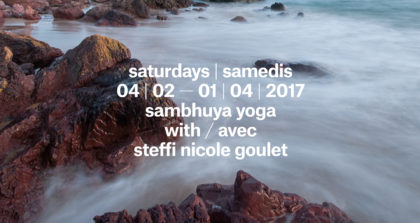