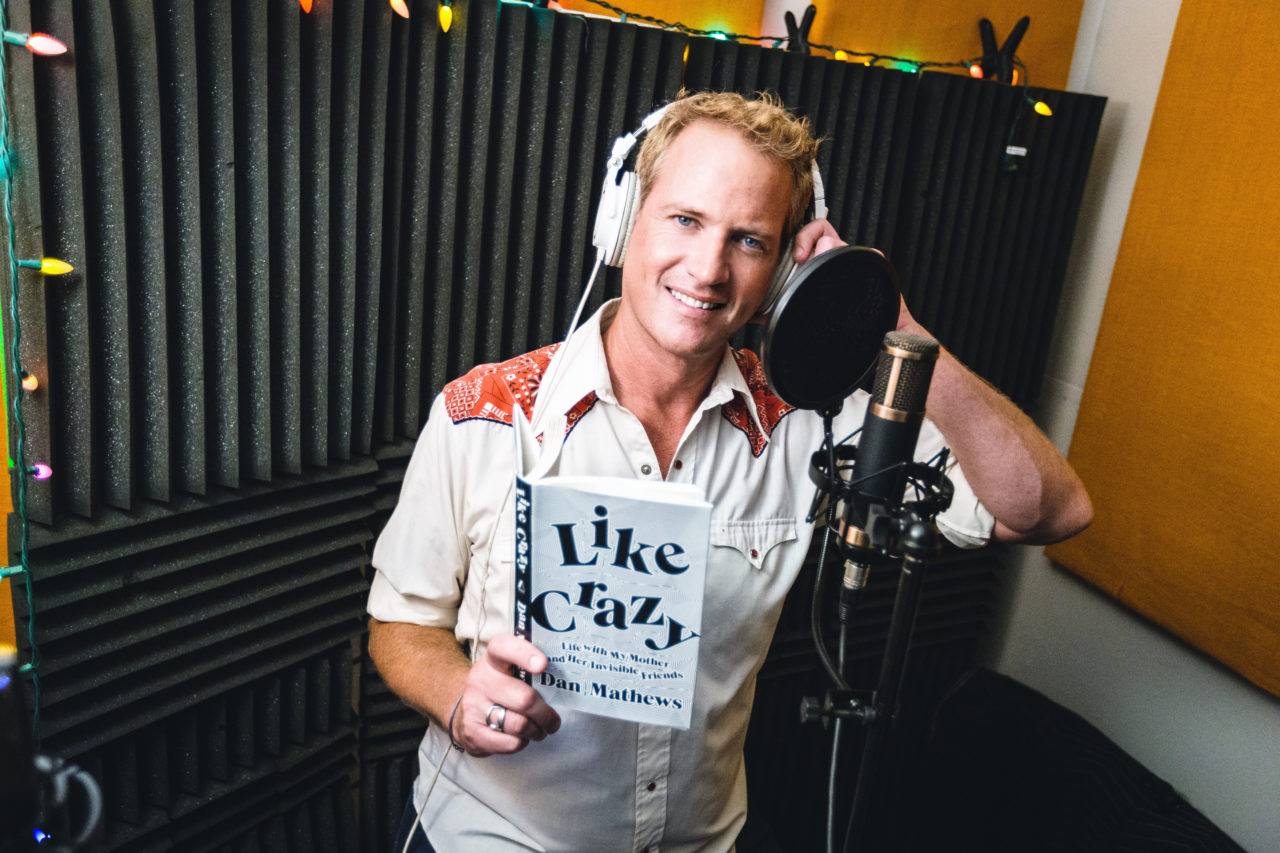 I had the chance to chat with the wonderful Dan Mathews about his activist driven career with Peta (People for the Ethical Treatment of Animals) as the organization celebrates 40 years and learn what drives and inspires him. Dan is my first subject in my new “Cultural Igniters Series”where I interviews folks who have made significant cultural imprints in our world for the better.

What books got you through 2020

I mostly read music memoirs. My favorite this year is Kathy Valentine’s All I Ever Wanted, which recounts The Go-Go’s early punk rock days in LA, a scene which I was lucky to be a part of. I met The Go-Go’s in 1979 in a club while I was still in high school, and after I started at PETA in 1985 they joined as early spokespeople and were the first to pose for PETA’s “Rather Go Naked Than Wear Fur” campaign.

Speaking of books, a couple of years ago you released your very own! Tell us what the book is about and how folks can get their hands on a copy.

My first memoir, Committed, came out in 2007. It covers my evolution from gay punching bag in high school to international PETA crusader—and a lot of the wild characters who helped make animal rights a global cause.

My new memoir, Like Crazy, published in August 2020. That one is a psychological drama about moving in my eccentric mother to care for her in her final years only to learn that she was an untreated schizophrenic. She was everyone’s favourite character in the first book as she’s so bawdy and witty, plus she taught me to defend animals since I was a child.

Recently you were involved in a monumental birthday celebration for Peta. Tell us about the festivities and some of the celebrities involved in making it such a unique event.

You have been involved with Peta for many years. Tell us how that came to be and what your role(s) have been over the years.

I started as the receptionist n 1985, right after graduating from American University in DC. As I had already been an animal activist for years, I answered every letter we got in addition to questions over the phone. But since I was part of the MTV generation, I always had ideas about involving bands to help us reach more people, especially younger people who didn’t watch the news much. I enlisted 80s icons like The B-52s, Bjork, Morrissey, and more to do an animal rights anthology album to benefit PETA and to do club shows like Rock Against Fur for us. As that work exploded I moved from the reception desk into campaigns, where I have been ever since. I launched the Rather Go Naked Than Wear Fur campaign on the streets of Tokyo, and other splashy protests which landed me in jail more than 20 times. I learned early on that the media won’t cover the same issues and tactics without some fresh angle, and so to keep animal rights from becoming passé we’ve had to constantly reinvent ourselves. That’s one reason why PETA is now the largest animal rights group in the world, with more than 7 million members and supporters and affiliates on just about every continent.

With your many years at Peta, what have been some of the most significant strides for animal liberation you have witnessed and what needs to happen in the future?

Our undercover cruelty investigations and relentless protests have resulted in many historic victories. Among the top ones are closing down Ringling Bros, who we exposed for beating animals to force them to perform; exposing graphic cruelty in labs and pressuring cosmetic companies, automakers, and government agencies to switch to more reliable, non-animal methods; pressuring the world’s top fashion houses, like Chanel, Karl Lagerfeld, Tommy Hilfiger and Calvin Klein to drop not just fur but exotic skins; and our nonstop exposes of the meat and dairy trade, which has helped create a generation that now strives to eat vegan. It’s frustrating to many activists how long it takes people to change, but when you look back at PETA’s 4 decades it becomes clear how many of these lifestyle changes are generational and really caused culture to evolve. 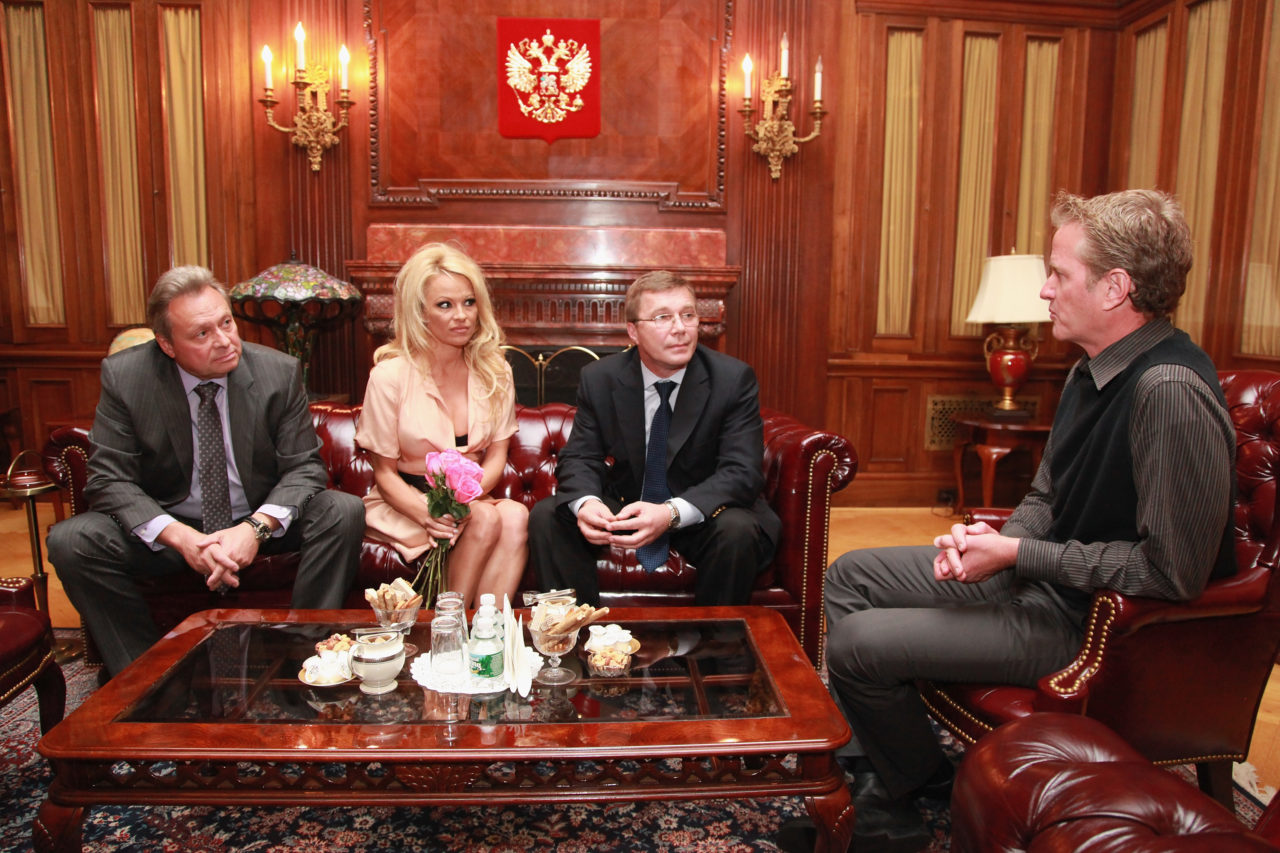 Over the years many famous people have supported this amazing organization. Tell us about some of your favourite folks that have been involved and some of your most memorable campaigns.

Pamela Anderson helped establish PETA as a force to be reckoned with all around the world. Whenever she gets an offer to appear somewhere, she often brings me along to figure out which animal issues to highlight. In Austria we helped pass Europe’s strongest animal rights law, in Canada she has been pivotal in decimating the annual baby seal slaughter. We hosted animal rights talks at places like Oxford University, the Russian consulate and the Playboy Mansion! We’re also very close personally—Pamela was even the maid of honor at my wedding to Jack in Las Vegas, right after the gay marriage ban there was overturned.

Why is animal rights so important to you and also why should people consider a vegan diet now more than ever?

I fight for animal rights because I am outraged by the cruelty, pure and simple, but the movement addresses many other woes of the world. The #1 cause of climate change, deforestation, obesity, and heart disease is animal agriculture. Eating vegan helps solve many of the world’s most devastating problems.

You came out of the punk and post punk scene. Tell us how that shaped your career in activism and free thinking.

I was lucky to grow up in the early punk scene because you had to develop a thick skin to deal with the mean comments and flying fists about the way you looked and the music you liked. Public scorn became a badge of honor. If Facebook has been around during punk it would have been all about how many “hates” you got, not likes! That thick skin helped me deal with the nasty naysayers about animal rights issues—or gay issues for that matter. All types of freedom fighters have to be able to let ridicule and hostility slide off our backs.

Why is being an activist so important to you?

My mother taught me to speak up against injustice when I was a kid—not just to stop cruelty to animals, but against homophobia and racism—it has been part of my nature as long as I can remember.

Who or what inspires you?

Bill Maher is a big inspiration as he doesn’t care how much of his audience is with him on any given issue, he always speaks his mind. I usually agree with him but even when I don’t I love the way he lays it out. Of course it helps that he’s a major PETA advocate.

The world has been in shambles but 2021 offers hope with a new president and a vaccine for the pandemic. What are your intentions for this new year and hope for a better tomorrow?

I expect there to be another Roaring Twenties after the vaccines take hold. My degree is in history and the world generally snaps back after these traumas. I’m excited to hear the new music that emerges, and we’ve already seen the skyrocketing interest in vegan eating since lockdown. Since the pandemic started like most viral outbreaks—from a live animal meat market—a lot of people see the merit in PETA’s work not just in stopping cruelty, but in helping the world avoid future zoonotic disease.

What are some books or simple steps you would suggest to people who are considering a more ethical lifestyle where they do not contribute to animal abuse and the devastating environmental impact of meat consumption?

Animalkind by PETA founder and president Ingrid Newkirk was published in 2020, and it’s a perfect book for anyone curious about living a cruelty-free lifestyle. It starts by showing some of the mind-blowing traits other animals have—many that humans could only wish for—then offers everyday tips on how to live your life in a way that leaves animals in peace. 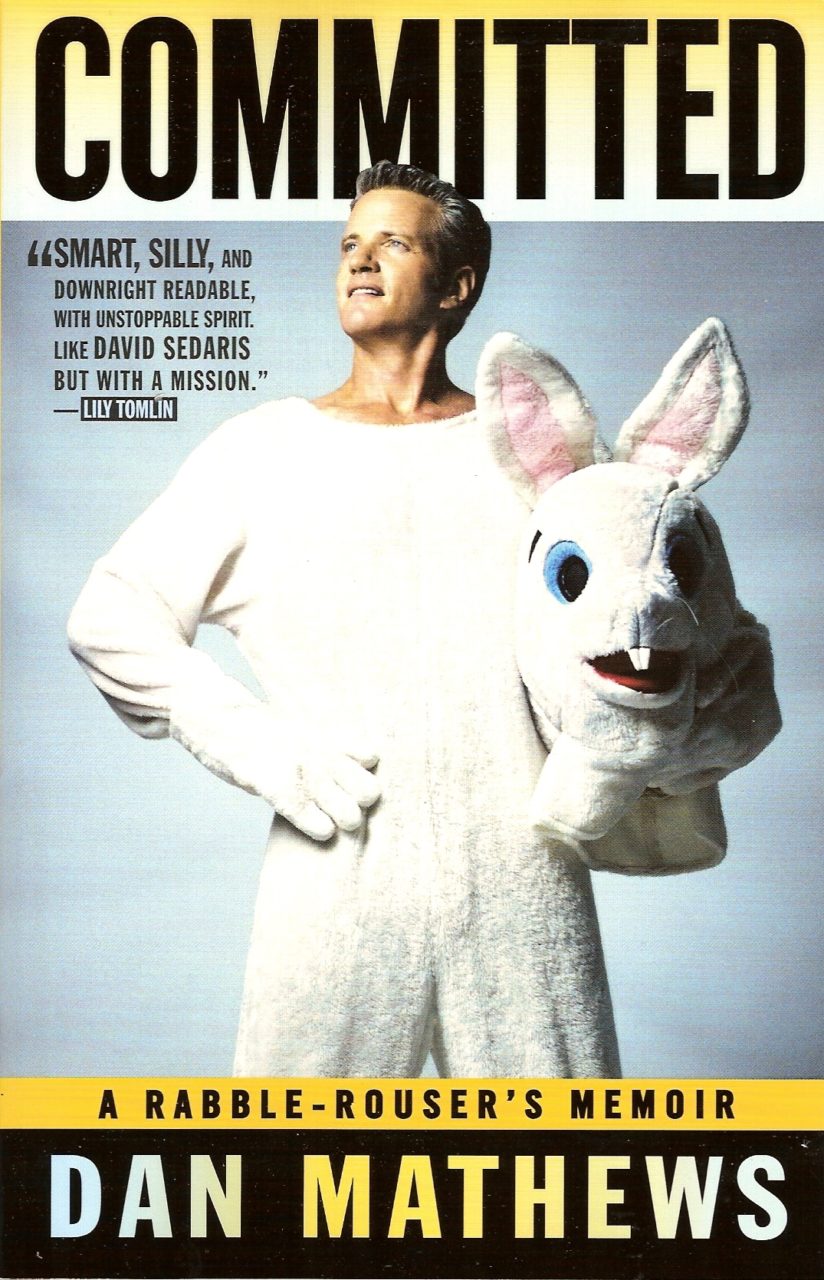 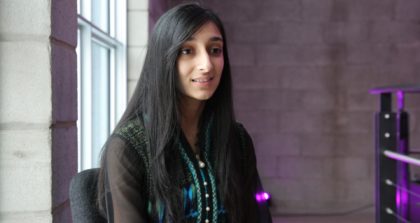 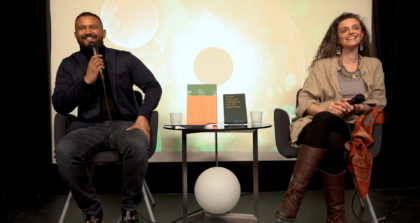 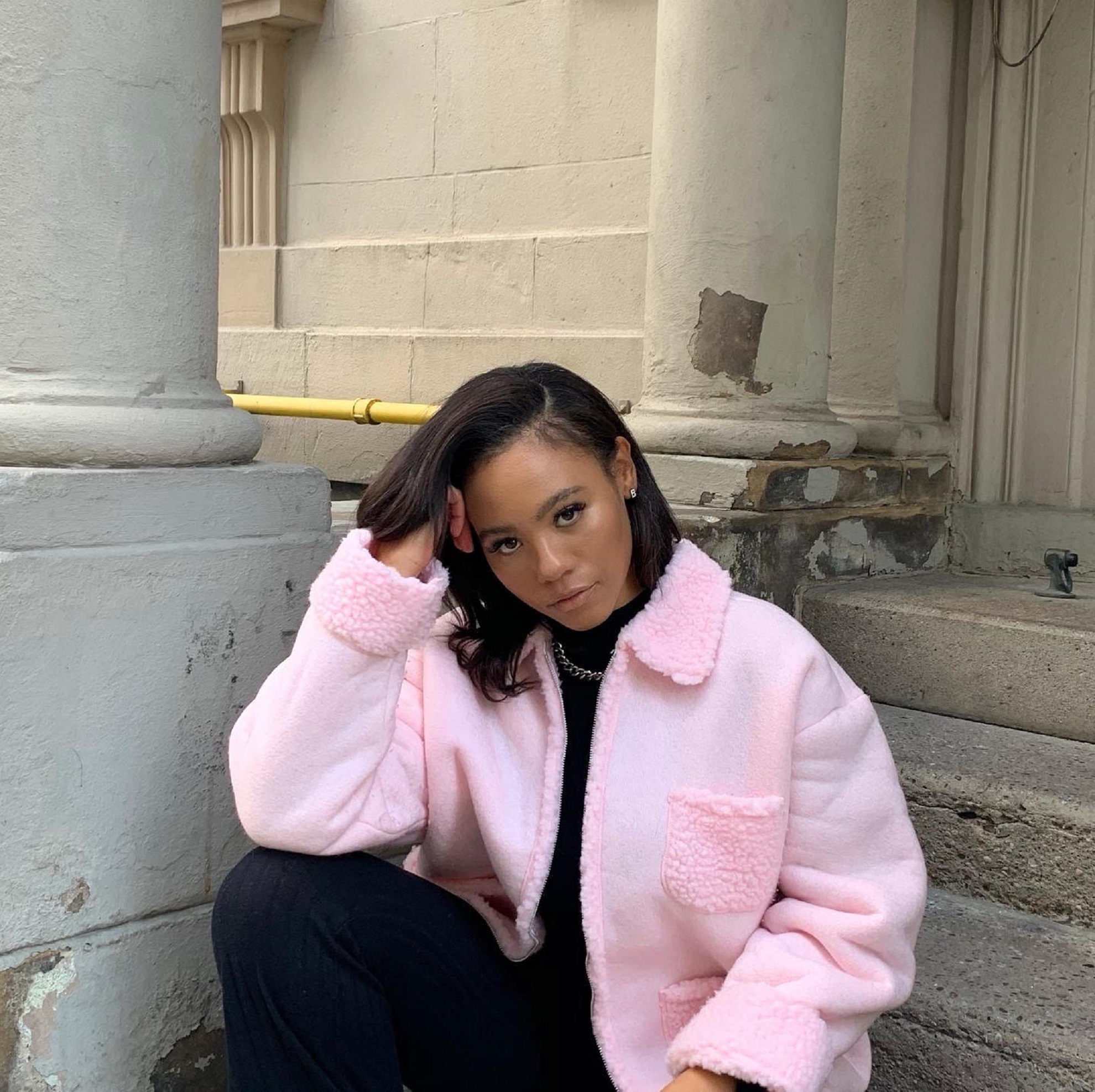 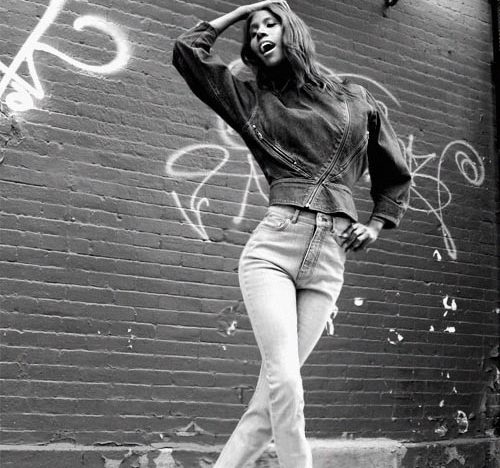