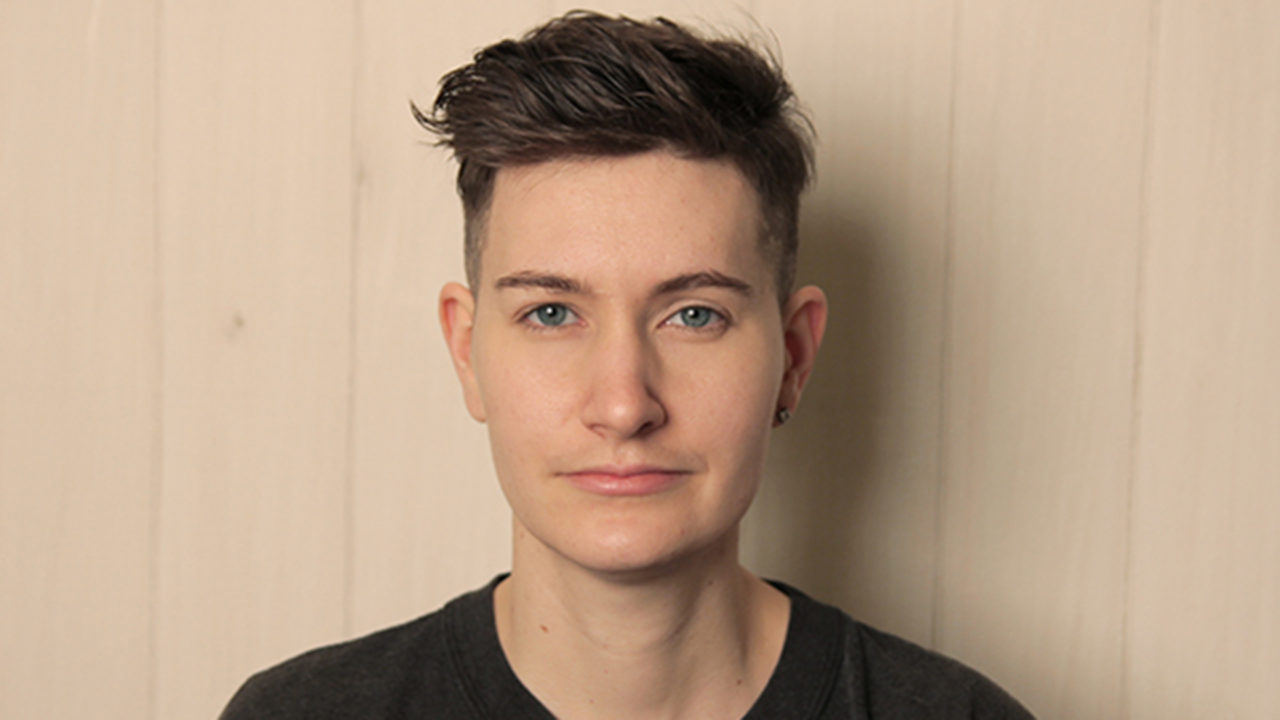 Like a prism, the concept of ‘non-binary’ shines light on the multitude of gender expressions existent throughout humankind. As the saying goes, we are like snowflakes. Kindred to the trans and intersex communities, those self-identified as non-binary are the living embodiment beyond the traditional and often toxic ideas of what it means to be either ‘male’ or ‘female’. Montreal based artist JJ Levine is yet another example of authentic and creative  uniqueness, with six photographs from their series ‘Alone Time’, now on until January 2017 as part of the ‘Non-Binary’ exhibit at Never Apart. Three pieces are from the original 2007 incarnation of the project, and for the first time newer images are being exhibited in Montreal. To Levine, the concept of non-binary means “thinking around, between, outside, and beyond the rigid categories of male and female”. Levine’s practice balances a radical agenda with a strong formal aesthetic.

Approached by Olivier Gagnon from NVA to participate in the exhibition, Levine had heard of the gallery, though hadn’t previously been in the space. Happy to have the opportunity to work with the curatorial team at NVA and to see this particular exhibition through from early planning to fruition, Levine thinks different people will take different things away from the exhibit. “I want trans, gender-queer, and non-binary people to feel a connection to my work. To see aspects of their identity and experience of gender represented in my images. I want straight, cis people to call into question their preconceived assumptions about bodies, attraction, sexuality, and gender essentialism. And to expand their understanding of the gender binary. I want everyone to question the stability of their own gender.”

Levine’s work is having that very affect with shows opening in Mexico City at the Spanish Cultural Centre with the theme of trans and gender non-conforming subjects, as well as other images from their series ‘Alone Time’ currently on display at Confluences Gallery in Paris as part of an exhibit called ‘Trans Time’. “What I’m working on at the moment, however, is a solo show at La Centrale Powerhouse Gallery in Montreal, which is very different, more personal work.”

Citing friends, family, queer and non-binary people everywhere as inspiration, ‘Alone Time’ is a series of brightly coloured photographs of couples sharing intimate interactions of domestic life. The images of each ‘couple’ is actually a single model appearing as both the male and female character. “My project questions the mainstream depiction of binary gender roles. This conceptual decision to double the gender presentation of a single body challenges normative ideas surrounding gender presentation and instead implies that gender expression can be fluid and multiple.” Capturing complex emotional relationships with friends, lovers, and siblings, Levine’s work explores questions about queer space often marginalized within the public sphere.