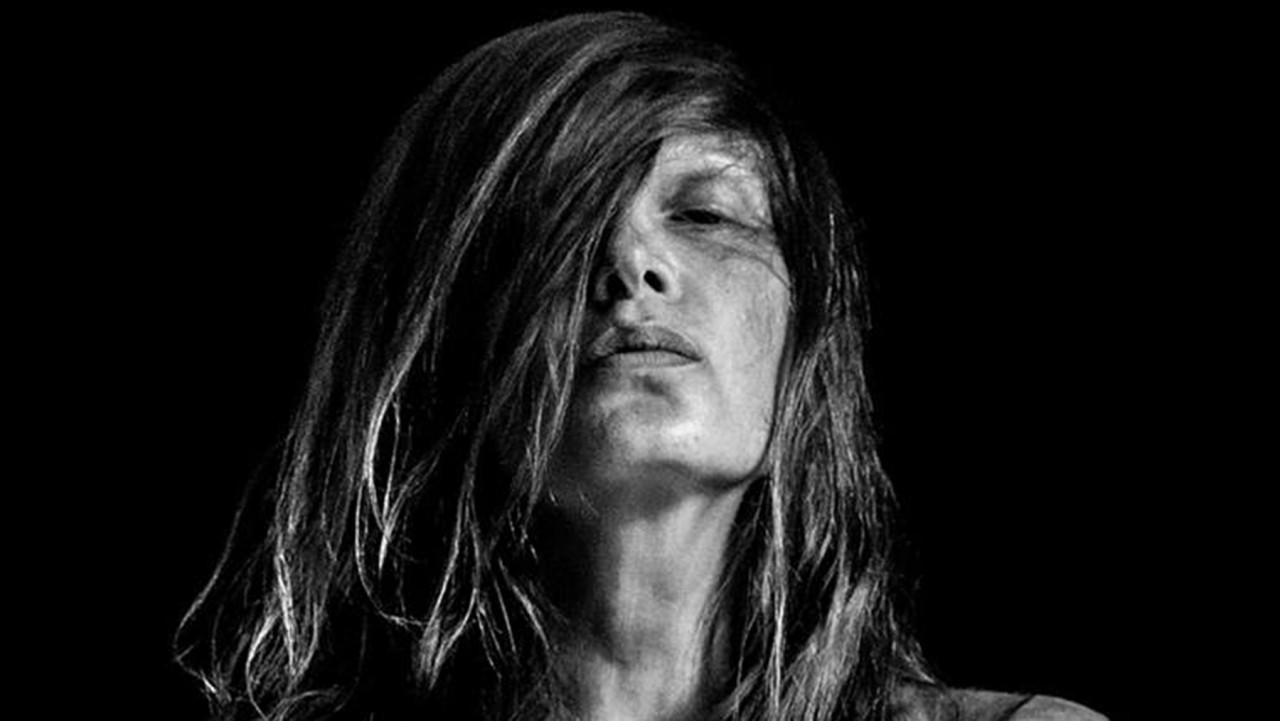 When Michael Venus asked me to write an article to appear in the first online magazine for Never Apart, I wasn’t sure what the subject matter would be. For the most part, I get asked to speak about very heavy subject matter narrating documentaries such as ‘The Corporation’, ‘Pax Americana & the Weaponization of Space’, ‘PSYWAR’, ‘Human Resources – Social Engineering in the 20th Century’, ‘The Power Principle’, ‘Counter-Intelligence’, and the newly released ‘Plutocracy’. Films that usually include an appearance by Noam Chomsky, or always a mention of some type of corruption.

Michael though, wanted me to write about myself this time, covering my experiences traveling as a model, actress, singer, and life in general, with the focus to be on an issue I don’t get asked to speak about often – that I was born intersex. Now, it’s not the first time I have talked about it and I have never thought of capitalizing on it in anyway. Yet, in 1997 I did a photo-based installation with creative genius Jamie Griffiths, collaborating on a series of images, video, and audio inspired by some of what I went through growing up. After I did some press interviews, I hid away for a time and didn’t discuss it again for a while.  Because of the exhibit, casting directors discovered me and began hiring me for small roles, eventually leading to guest star and lead appearances in film and television. Throughout most of my career, nobody really wanted to hear what I had to say and, for that reason alone, I mostly kept things to myself. I find it ironic that now at 50 years old, it is timely that I speak out again and hopefully connect with people born similar to myself, and possibly educate others that aren’t familiar with the term.

A bit of herstory – I first met Michael Venus in 1996 in Vancouver after many years traveling throughout Europe and Japan as an aspiring supermodel and settled in Vancouver after 2 years singing in industrial goth electronic bands mostly in Amsterdam and Belgium. To my amazement, I was swiftly embraced by the very diverse rainbow tribe of creative warriors that all seemed to congregate in Vancouver during this time. I remember meeting Michael and we immediately were fast friends. I became the house model for House of Venus appearing in fashion shows, magazine spreads, art events – you name it. I also got to perform and sing with my band at a number of Michael’s galas. Flash forward 20 years to 2016 and here we are. The world is a very different place. Within the last year alone trans rights and trans awareness have become the number one spotlight in the LGBT fight for equality. However, what has been quietly missing in the dialogue is the letter “I” for intersex. There aren’t enough letters to represent everyone in the acronym, which I often refer to as ‘the alphabet people’. Intersex is not the same as trans, although like plums and nectarines they are of the same family. Intersex is also not the same as hermaphrodite, considered in some cultures to be divine, which is a word from another era mostly referring to people that were paraded around in cages at circuses. Intersex is in fact a modern term that covers a broad spectrum of variance in physiology, chromosomes, hormones, and reproductive development. With less than 1 in 2000 being born intersex  it is in fact quite normal.

For myself it was thought I was born male although my mother and the women in my family recognized very early on this was not the case, that there was more to the story. Our family doctor at the time thought I should be brought up “normal”, meaning as a boy. That did not last long. From as early as I could speak and recognized my own identity I fully expressed myself as female, correcting everyone angrily in frustration. Many times people would comment what a beautiful little girl I was  only to be awkwardly corrected. This went on for years. It caused a major rift in my family, as well as endless fights with my father, culminating in my running away from home and school at fifteen with barely grade 9 as my education. I worked many part time jobs doing reception, working in hair salons, learning word processing and becoming an admin assistant, working behind the scenes at a cable TV station, doing extra work, modelling, and working retail in designer shops. Although once I started modelling, I never looked back. Being accepted by the industry built my confidence for the first time in my life. Although it now seems superficial, as fashion is basically summer camp for beautiful people, it was a community to me. I met my very best friend/sister Andrea Battersby and we became immediately close back in 1989. Today we are in a band together called MAGT, along with her partner and producer Geoff Doner, and another dear friend Troy Jackson. Music has always been a part of my life, blessing me with longtime collaborators, such as Fat Benjamin in the UK. I hope what is beginning to occur is a shift in perspective now that online people from all over the world can learn about one another and recognize there are so many variances and hues of the human experience. Whether that’s in the various shades of flesh encasing our bones and sinew, or how we choose to express our diverse gender-full possibilities, its important we allow for others to celebrate that freedom as well. The thing I learned the most from this experience is that it’s not up to us to decide who somebody else is, or how they should live, or whom they should love. We are responsible for our own actions, thoughts, feelings and personal expression. For me, that means always living what’s true for me. I feel incredibly fortunate at this stage in life, that people continue to ask me to work with them on such an amazing spectrum of creative projects. How I may have started off in this world is of very little relevance. What’s more ironic, as a teenage runaway, the majority of my documentary work helps educating people in business courses, high school classes, and colleges. My supreme wish is that kids born intersex have more options available to them, access to resources and appropriate health care. I hope that their parents can feel supported by the community of other parents to help them navigate towards their children having full rich lives. 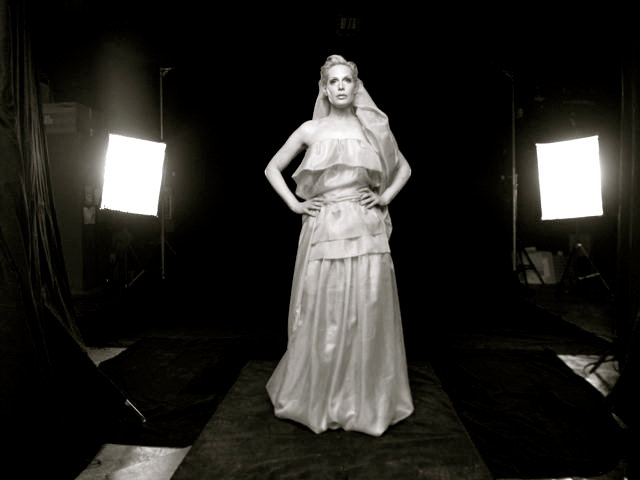 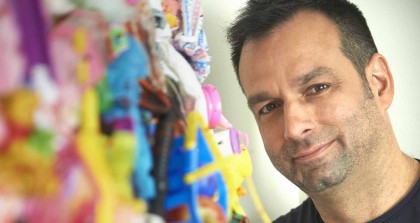 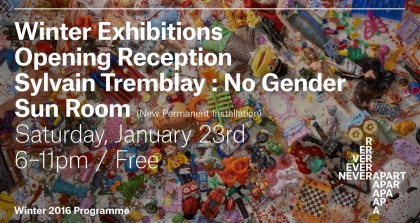 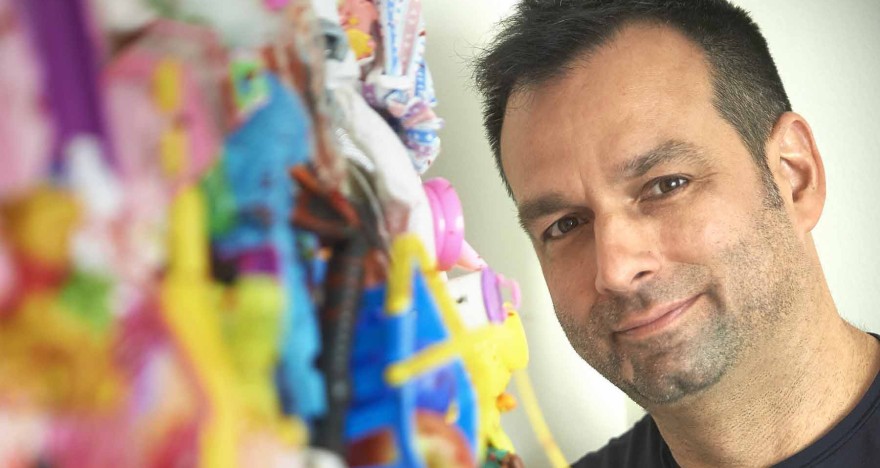