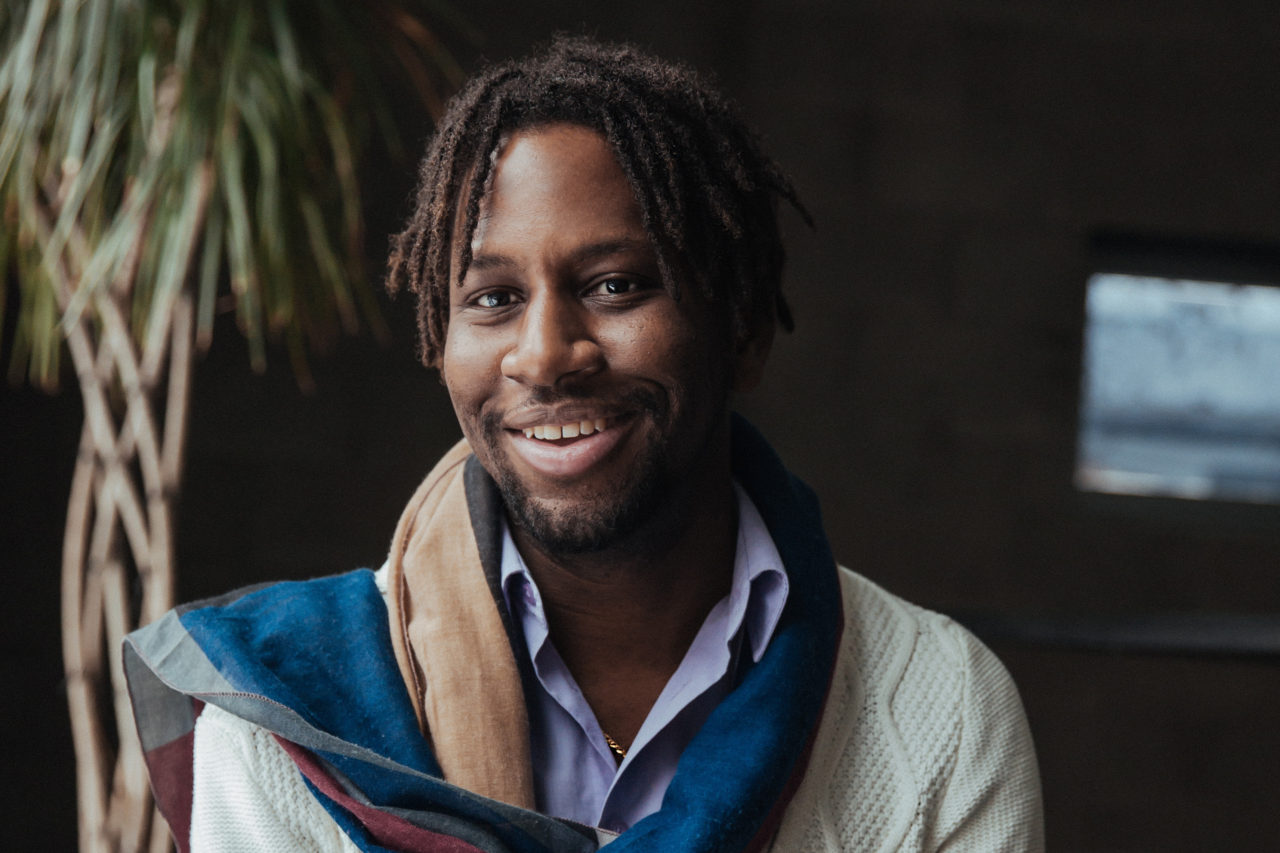 Visitors and participants will have an opportunity to learn and hear stories about black LGBT people rarely seen on big screens or in festivals. An opportunity for racialized queer artists to perform as the festival gives them a platform via panels and discussions with directors and other queer artists, African Rainbow will be screening two films, as well as presenting two photo based gallery exhibits during Never Apart’s Winter Season.

In 2001, Haitian-born Laurent Maurice Lafontant, moved to Montreal when he was only fifteen years old. Proudly out of the closet since he was nineteen, he began occasionally volunteering at African Rainbow. Receiving a Bachelor in Fine Arts for film studies at Concordia University in 2011, he then directed a short documentary for the organization entitled ‘Be Yourself’, which shows how two young black gay men and a lesbian woman from African and Caribbean origins lived with their intersectional identities in Montreal. In 2013, he directed another short documentary for the organization, ‘Beyond Images’, a poetic film about three heterosexuals with different backgrounds, who discuss stereotypes they once each had toward homosexuality. “In this short film, they also share how they chose to overcome their prejudices in order to discover the real people behind these pre-conceived labels,” explains Lafontant.

Lafontant received his first full-time contract with African Rainbow in 2014, hired to coordinate an LGBT book entitled ‘Crie Ton Art’, with thirteen young LGBT people to create pieces of art, such as novels, drawings, pictures and poems, about sexual diversity in various cultural communities. He’s come a long way from first beginning as the assistant to the director. He now works as executive coordinator, beginning a new chapter to his involvement with the organization. African Rainbow offers a rich assortment of services, eligible to LGBT people of the African and Caribbean communities, their families and their relatives, such as conferences and information sessions to counter homophobia among black communities of Montreal; education concerning the realities of sexual diversity and homosexuality; integration of African and Caribbean LGBT through discussion groups, workshops and talks; outreach activities concerning STI and HIV/AIDS; as well as research and documentation on the gay black community.

Massimadi, also known as the Afro-Caribbean LGBT International Film Festival, takes place in Montreal during Black History Month every February. The festival’s objective is to sensitize, educate, and inform with the aim of fighting homophobia, as well as share the experiences of LGBT people of this population. In 2013, the festival also began to take place in Brussels, Belgium, and continues to reveal stories of black diaspora, and the reality of LGBTs in their own community. The annual Massimadi Festival has maintained quite a strong presence leading to this year’s event at Never Apart. “I came to Never Apart last winter for the first time to attend a screening of Rob Easton’s documentary ‘Safe Country’, about LGBT refugees,” says Lafontant. “I realized it was a good space to have the kind of screenings we wanted. The Massimadi Festival wants to create an exchange with the public. Never Apart allows us to have a screening, but also a space where people can stay after the movie and feel comfortable to talk, to discuss, and to socialize, which traditional theatres do not allow. As our festival is a community one, Never Apart allows us to go in that direction. In addition, Never Apart allows us to have an exhibition, so it was perfect that we could have several activities there at once.”

Lafontant has noticed over the years there to be more diversity and within the LGBT community. “It is a world in itself. When I started getting involved in the community, there were less diversity. Now, there is more visibility, and people are fighting to take their places, but there is still a lot of work to be done. It is not won yet.” Lafontant adds that the festival is aimed towards all Montrealers, not only for the LGBT or black communities.

Partnering with Never Apart this year, the two photograph exhibitions highligh the works of Mikael Owunna, a queer Nigerian-Swedish American photographer and writer based in Washington D.C., and Josué Azor, a gay Haitian photographer based in Port-au-Prince. Short film ‘Reluctantly Queer’, by Akosua Adoma Owusu, about the unsettling life of a young gay Ghanaian man struggling to reconcile his love for his mother with his desires, amid increased tensions incited by same-sex politics in Ghana. “The film focuses on a letter that is ultimately filled with hesitation and uncertainty,” explains Lafontant. “‘Reluctantly Queer’ both disrobes and questions what it means to be queer for this man in this time and space.” Screening s will also include ‘Paris Is Voguing’, whose title echoes the mythical ‘Paris Is Burning’ (1990) by Jennie Livingston, taking viewers into the vibrant world of the Paris ballroom scene and the vogue community. Documentary ‘Jewel’s Catch One’, celebrates the legacy of a legendary Los Angeles nightclub, Catch One, and the life-changing impact its owner, Jewel Thais-Williams, had on her community breaking down racial and cultural barriers, and building the oldest black owned disco in America. Packed with 40 years of music, untold history and exclusive interviews with celebrities, politicians, and people who were touched by Jewel’s community activism and vision to make Los Angeles a better city for everyone who lived there.

The Massimadi Festival will be held at different places throughout Montreal, such as J.A De Sève Concordia University, BANQ/Bibliothèque et Archives National du Québec, as well as Union Française in the old port. Past participants on the festival’s panel have included Wade Davis, the American gay football player who in 2013 had just come out, and in 2014 Michel Togué, an international lawyer, activist, and human rights defender, one of the only lawyers in Cameroon that defends homosexuality. Lafontant says, “Last year, the festival became much more of a community event, and an experience to create. It is a space to exchange opinions.” 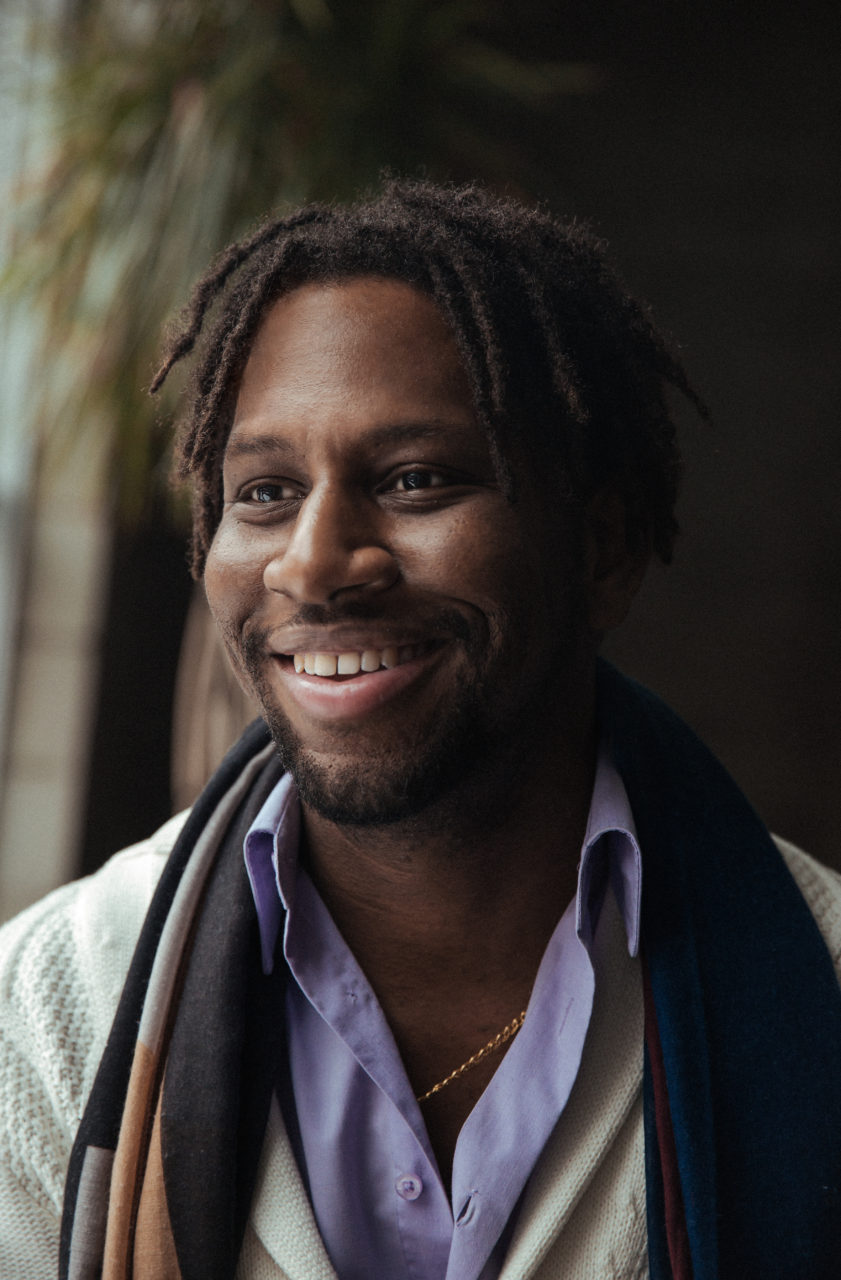