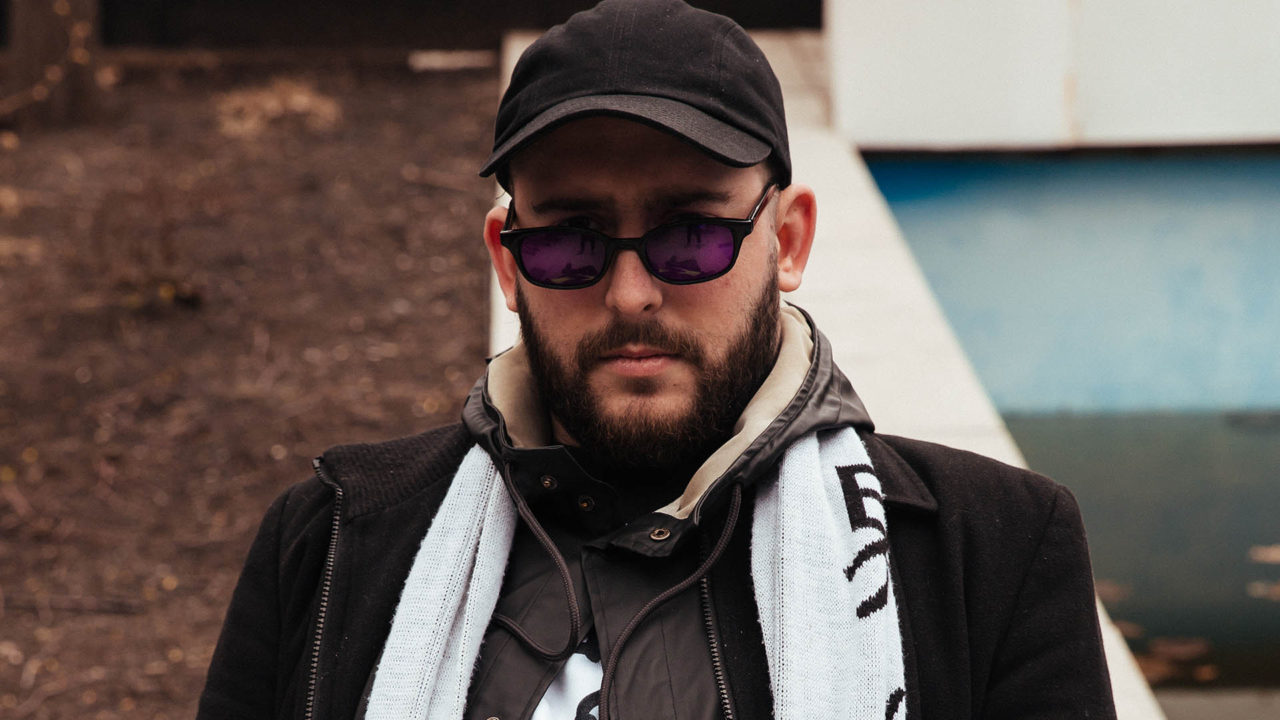 So, what have you been up to in the last little while ?

I’ve spent most of my winter working on projects that have been in the pipeline for some time now, namely finishing up the first full-length Femminielli Noir “studio record” (lol) ‘Échec & Mat’ for MIND Records. We’ve been working on this audio circus for a little over four years now so we’re pretty excited for it to finally see the light of day. Doing a bunch of stuff for/with Halcyon Veil, from releases to co-curating, promoting and designing alongside Rabit and Lane Stewart… some pretty compelling music coming out soon.

There’s also a handful of collabs underway that hopefully will concretize a bit more throughout the summer – working on various things with Sarah Fawkes, v1984, Asaël Robitaille and Varg. I’ve done a lot of mastering alongside Pierre Guerineau of Essaie Pas for releases by Pascale Mercier, SLEAZY (Marie Davidson and Ginger Breaker) and Nick Rony. Working on some streetwear stuff that’s been on the back-burner for a few years, hopefully through this interview I can get some sort of patron to help me get the project off the ground.

Also going on a mini tour in the Summer, playing shows in Milan, Norberg, Berlin, Paris and Belgrade… and I’m pretty excited to go back to EU after this 2016/early ’17 turmoil. Hopefully a  few shorter solo releases coming up with Entr’acte, Anomia and Haunter Records if I can get my act together and my first full-length on a bigger label that I can’t mention yet. Last but not least, am working with a buncha the Montreal heads on a publishing house/agency/label/art project called Bunni Groupe which’ll be a venture for a lot of new projects locally as well as a breath of fresh air.

You’ve been back in Montreal “full-time” now for eight months or so since moving back from Berlin. I think it’s safe to say you’re fairly vocal about the state of the electronic music scene here… Where do you think it lags behind ? Where do you see it doing well ? What do you think needs to be done in order to propel it into what may be considered a “world class” hub for electronic music ?

Yeah, I’ve been back here for the better part of a year now… it was a little tough coming back for many reasons but luckily I’m surrounded by great people who’ve helped me stay afloat. I’ve met so many great kids during the winter with whom I’ve been discussing these Montreal issues – it’s been really refreshing to get their take and perspective on what’s going on here. Slowly it’s starting to feel like if we crew-up there might be a light at the end of the tunnel for this city. Constructive discussions have replaced spiralling complaints.

But for the sake of the question, let’s complain: I think one of the things that comes up the most when talking to peers and friends, new and old, in regards to any movement getting anywhere here in the art and music communities is lack of infrastructure. It’s hard for anything to evolve because there’s just nowhere to do stuff if you don’t have the money or connections. One thing that boggles my mind about this place is how bigger entities involved in culture offer little-to-no aid for underground communities to thrive. I see no one from these organizations doing ground-work or interacting with people who’re making shit happen here. We’ve been putting on shows in various forms for almost a decade now, and have seen no evidence of social mingling from “above” at all, and it saddens me that these bigger cats who have the monopoly show no gratitude towards smaller groups – in fact it’s infuriating that one of the reasons they’re successful in the first place is because they steal ideas from what they see is popular locally on the internet. To be clear, I understand that this isn’t black and white, and that there are things that could have never manifested without these entities, but it might be time to take matters into our own hands, start our own infrastructure from the ground-up, one that actually manifests in the field and is not a vapid fake empty rehash or botched clone. From what I can tell, the younger generation are catching onto this, and are realizing that something’s up and needs to change, and there’s great potential for bringing evolution on that front, we just need to get our hands dirty.

How do you want to see dance music get more political ? How can people initiate this on an individual level ? How can that reverberate on a macro scale ?

I think in 2017 dance music (everything? AHHHH) is already innately politicized, and that’s a positive thing (albeit far from perfect), yeah, but for the sake of this interview I’m not interested in venturing too deep into the ifs, buts, rights and wrongs, or playing the social justice warrior. People are so damn scared of looking bad now they’re constantly reassessing their roles and experiences and losing track of a lot of the fundamentals; maybe we need to take a step back and let-go a bit? I do however hope people stay informed, active and open-minded and I think we need to challenge ourselves constantly, seems a lot of folk are getting bored of linear parties and narrow-minded genre based tunnel-vision narratives, people are ready to have radical occurrences on the dance-floor.

What’s your take on the “policing” of electronic music ?

Who polices the police?

I don’t think many people know you as a DJ, but you have great taste in many kinds of music. What have you got in store for us for your set at Cinema L’Amour ?

I’m aiming for sensual, invigorating, romantic, and weird. Been working on a lot of multi-faceted-moody-hybrid track edits that I’ve kinda ‘’pre DJ’d’’ and mangled through various processes that I’d normally use on my recent solo work. I’m not so interested in straight-up DJing and so am trying different tactics to keep it exciting. I’ve been having this weird obsession with flanger lately, so that should be pretty apparent when I’m playing. 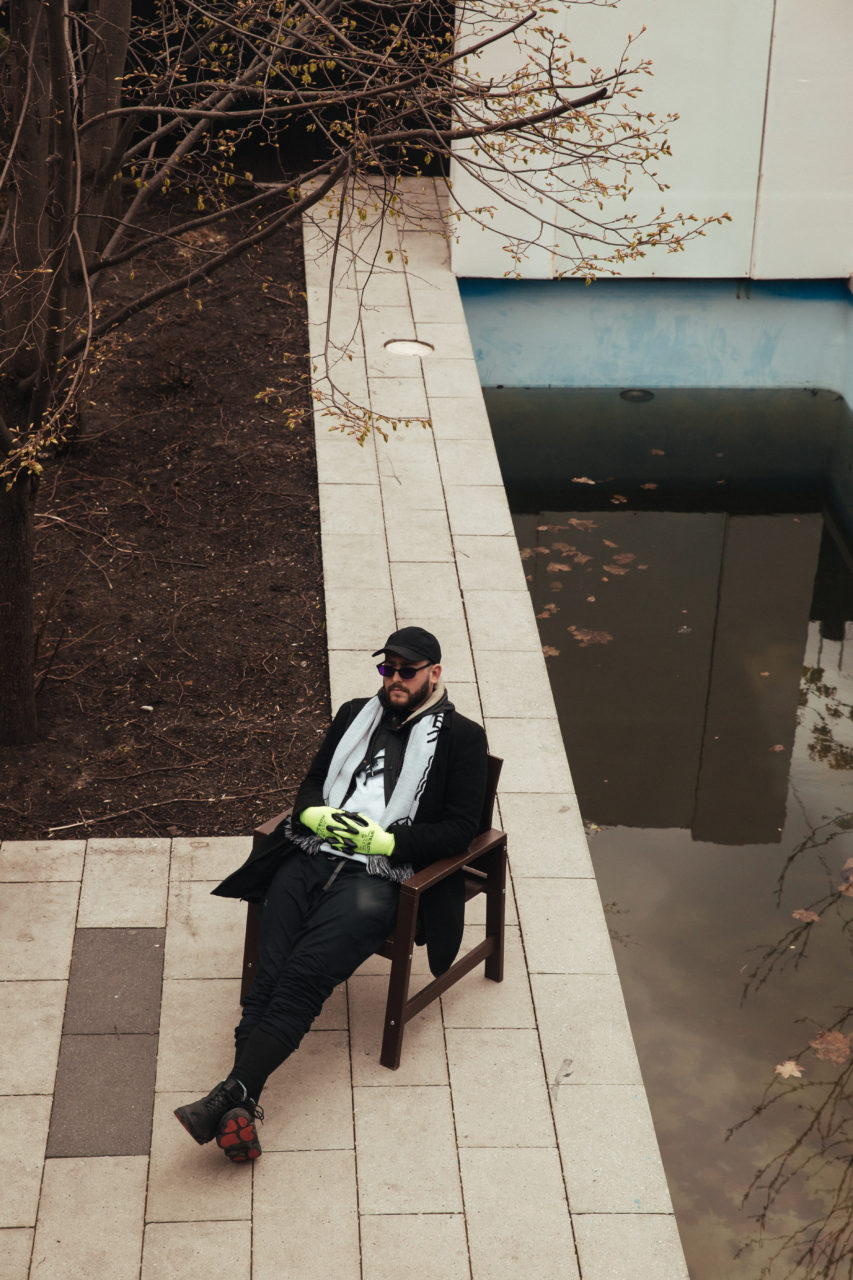 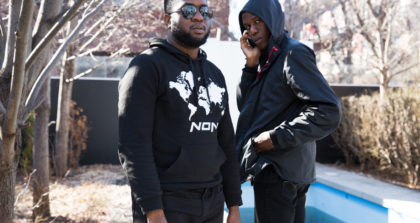 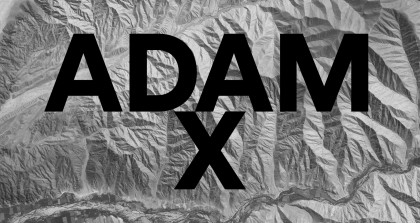 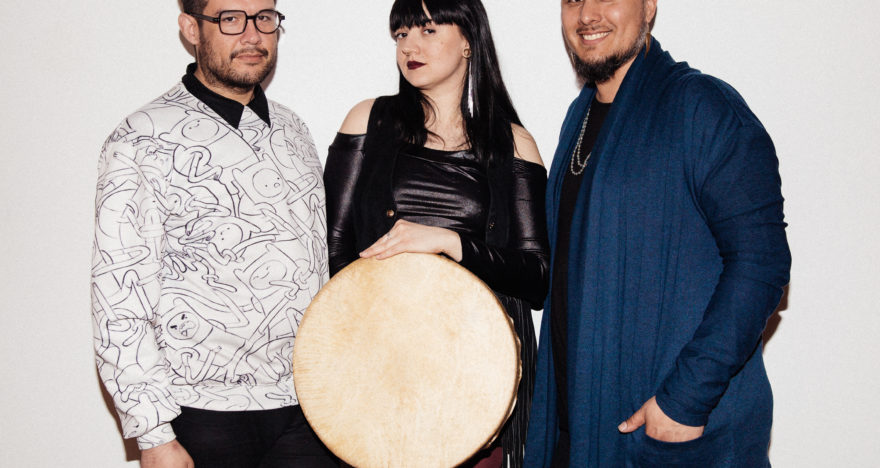