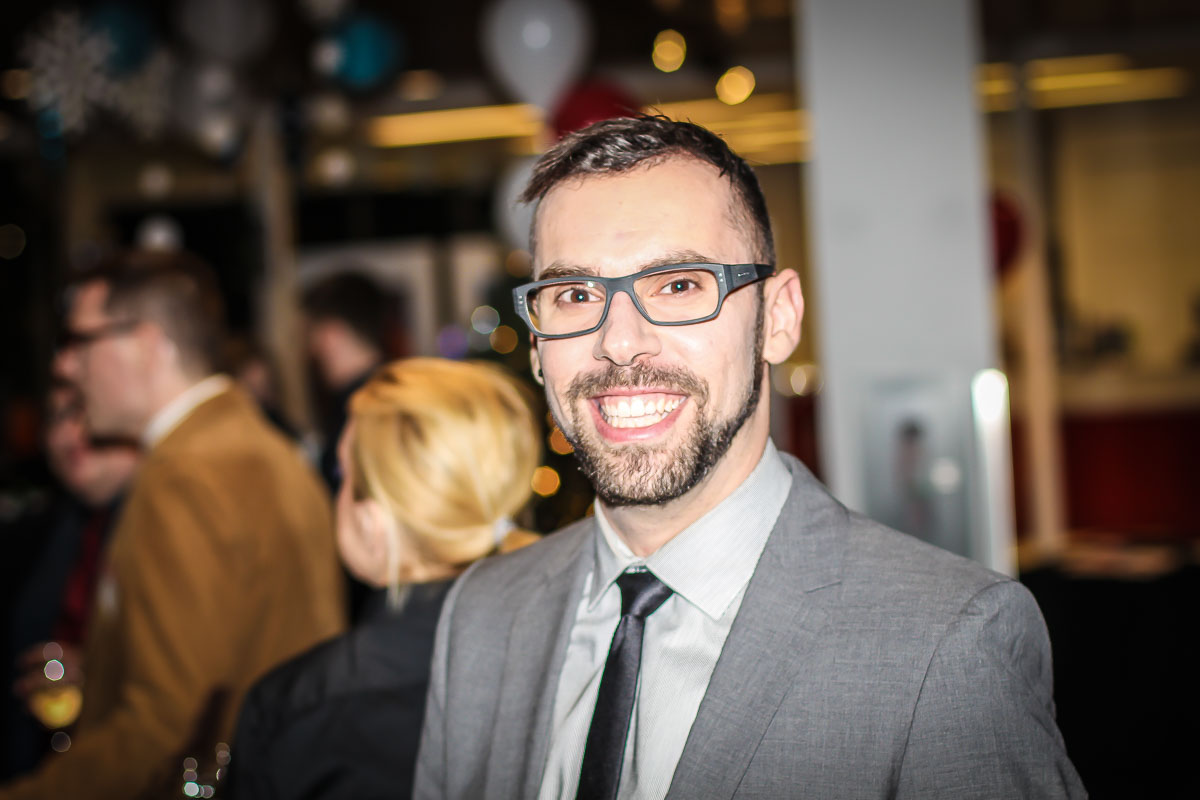 Clothing, everybody wears it. Yet when it comes to fashion and how we choose to express ourselves through linens and fibres summoned by a creative visionary is a different story. Rami Mikhail’s well-crafted documentary “Trending – A Look at Canada’s Fashion Industry” follows a handful of Canadian designers each sharing their insights as to what inspires them to create, brand their name, and ultimately reach a wider market away from home.

Fashion is the prevailing style of the moment. Everything is interwoven into society, influencing our tastes, what we’re visually interested in, what perpetuates trends. Celebrity culture has become one of the most relevant examples, forming a multi-billion dollar industry worldwide. Taking into account that fashion used to influence culture, it’s often culture influencing today’s fashion trends.

Invited to make a documentary for OUT-TV, Mikhail chose to focus on fashion designers in Canada because he acknowledges they often tend to tell stories in unconventional ways with their collections. Preferring music videos and art house films to traditional narratives, making this documentary was a breakthrough because it sparked a desire to tell stories himself. The production took almost a full year from initial planning to final edit. “It was quite the process”, he says. “A lot of hours, traveling and phone meetings. Thank god I had help from Michael Venus and Mark Kenneth Woods because this project was a lot longer than I had initially expected. I enjoyed it a lot though!”

What resonated with Mikhail was how all the designers he interviewed were genuinely proud of being Canadian. “I’ve interviewed many in other industries and often the goal is to be successful enough to move to the States and make it big. These designers are very proud of working in Canada and building a stronger fashion industry here.”

Yet within Canada, success can be elusive and receiving acclaim locally or abroad is not always a given. Up-and-coming designers recognize there is little government support or funding. They also often face a bias towards Canadian brands versus European or American. Maintaining a long lasting presence in the fashion spotlight is dependent upon a variety of factors, location playing a large part. Whether east coast or west coast, business is business, and what makes one particular designer more successful than their peers can vary greatly.

Mikhail’s film elegantly sheds light on both emerging and established Canadian designers carving a niche for themselves while providing something unique for their target audience, and what sets them apart. It isn’t uncommon for designers to become established elsewhere, achieving international recognition before receiving credibility in their country of origin. Working conditions in factories and sweatshops abroad, as well as environmental concerns related to textile manufacturing, are issues extending beyond home turf. Traditionally, Canada has been compared to the US market as “a little brother” reminiscent of how Belgium was to Paris approximately 10 years ago. However, Canada is quickly becoming new found fashion territory blending a mix of European sensibility, American sportswear and London chic. Canada’s mixture of influences makes it increasingly distinct.

Although the fashion world has a reputation for being materialistic and superficial, it also attracts many who were considered ‘different’, who felt the need to run from rural towns in search of their dreams. It provides viable work in an industry that celebrates differences and creativity, as well as community with like-minded others. Designer Som Kong, himself an emerging name, provides deep insight into how feeling different can actually connect with other people. Born with vitiligo, he felt self-conscious in a business that often prides itself on unrealistic beauty. Kong was introduced to Winnie Harlow who appeared in a mutual friend’s fashion show. Rocking the runway as a star model, Harlow beautifully inhabits her identity with her own experience of the condition allowing it to successfully work to her advantage. It taught Kong to embrace who you are, and , through her confident example, instilled in him the desire to do that as well. Model and designer Myles Sexton struggled with bullying in high school which pushed him to enter the fashion world. He now uses it as a platform to encourage others. “It’s okay to be yourself”, he says, “and to embrace what makes you an individual. That’s what is true beauty, not what society’s standard of beauty is”.

Technique and innovation are equally essential to gaining exposure in defining a designer’s identity in an already over-saturated industry. What is traditionally known as “women’s fashion” and “men’s fashion” is currently experiencing a growth in equality as there are more options available to women, with a focus on menswear as a whole. *TOM, Toronto’s very first menswear fashion week, is a perfect example of designers exclusively creating runway collections for men. In Europe, there’s almost an equal amount of money being spent on men’s grooming products and clothing, which has commonly been dominated by a thriving women’s market. In addition to people gravitating towards a more unisex or androgynous look, consumers are able to make bolder decisions about what they choose to wear. Though commonly a stereotype that all designers are gay men, the reality is that it gives many of them a different point of view than the average hetero-normative script of what is acceptable, and able to push gender binary boundaries within their work. Fashion seems to be more and more of a common language for everybody, as well as every body.

Mikhail believes there will be more fashion films coming out of Canada and likely to be less shows. “While shooting this film,” he says, “it became apparent there is way more politics and bureaucracy surrounding the bigger events than I thought”. The future of fashion likely will continue to change over the next few years, as the end of the runway may be soon in sight. Due to exorbitant costs of mounting both the collection and the big reveal as we traditionally are familiar, buyers and magazine editors are purchasing or pulling outfits at showrooms rather than actual shows. Through digital images and social media, designers can now go straight to the general public online at a fraction of the cost, levelling the ever evolving playing field.

Join us Saturday April 2nd for the screening followed by a Q&A with director Rami Mikhail in attendance. 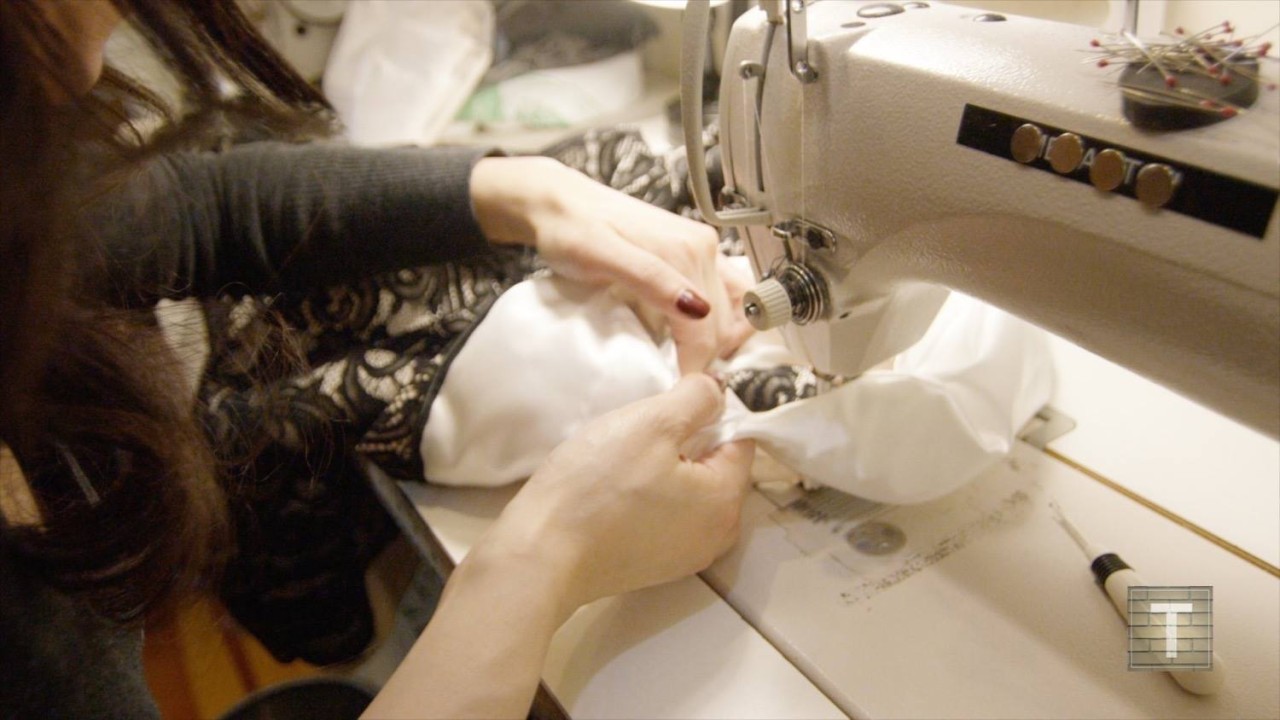 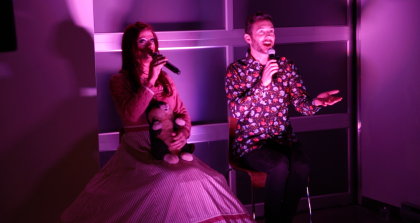 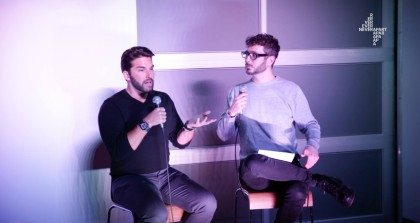 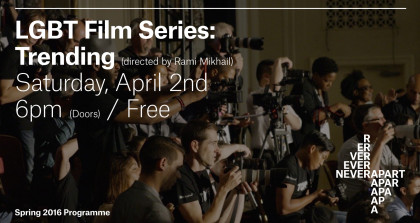 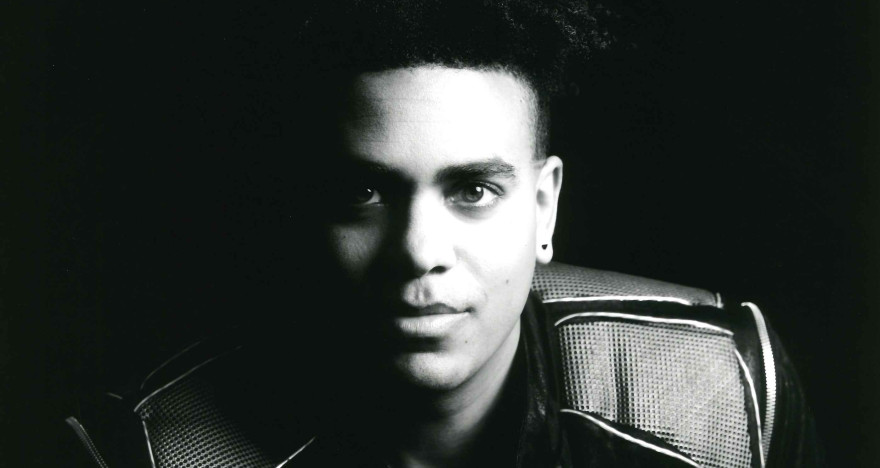 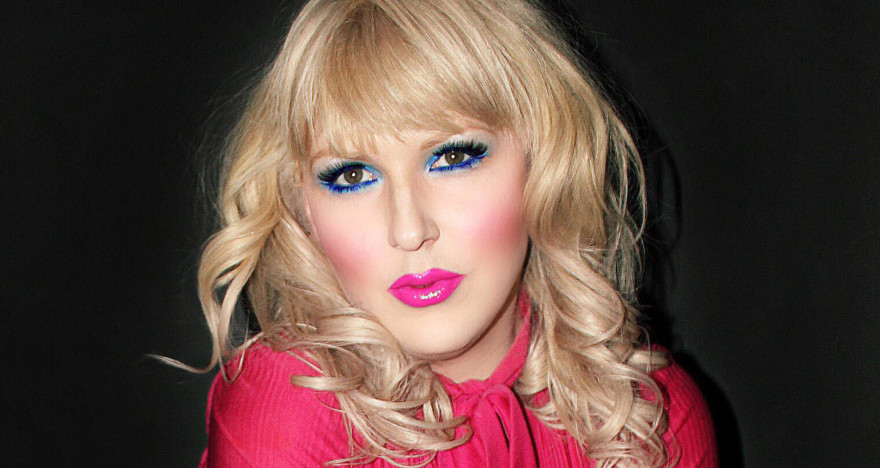