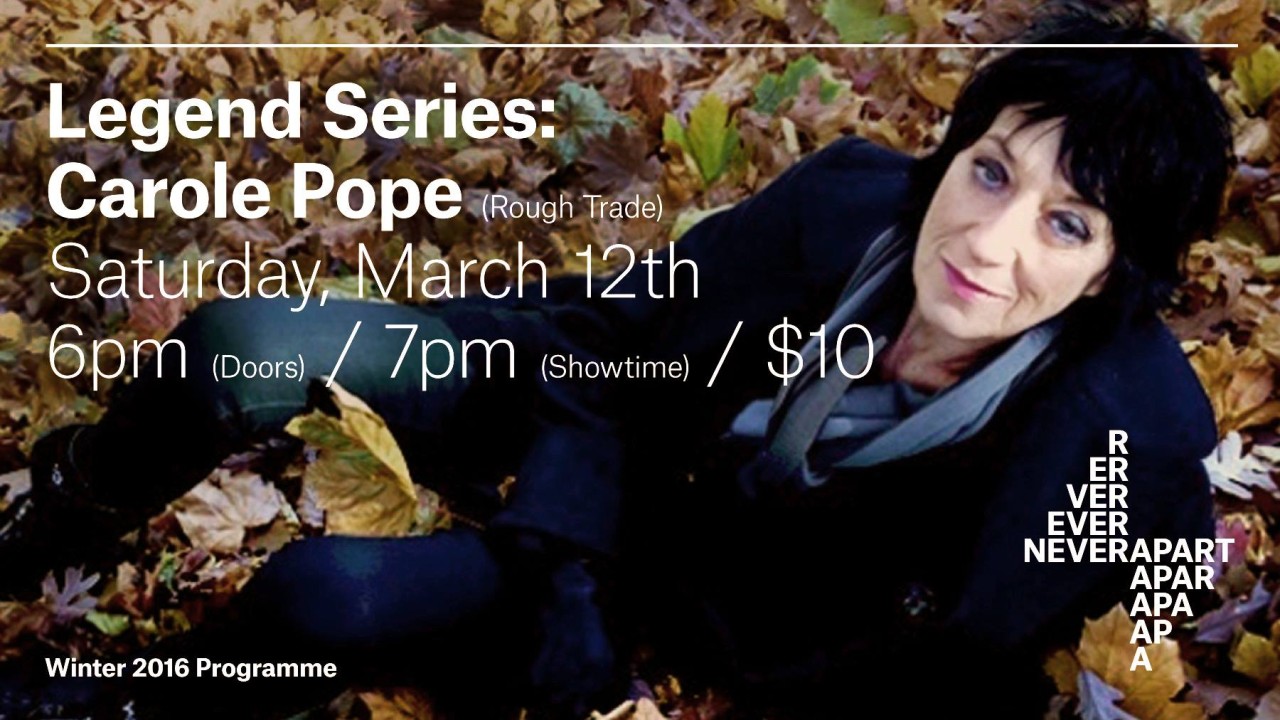 Carole Pope and her band Rough Trade were New Wave pioneers in the Canadian musical landscape of the late seventies and early eighties. She became one of Canada’s most recognizable voices and faces in Pop Culture. She defied sexual, musical industry conventions and assaulted the nation’s squeamish and prudish with her titilating lyrics and sexual overtones. When “High school Confidential” first hit the airwaves a certain change was in the air and young queer and feminist Canadians had a new Icon to celebrate. The band released numerous albums and hit songs. Carole has released many solo projects and a book called Anti Diva. Throughout the years Carole continues to create music and has established herself as true North Legend.

Legend Series — Artist Talks
This ongoing program is geared to educate the public with pioneers and trail blazing guest artists discussing their body of work in an intimate engaging setting. They will be an interactive and multi- disciplinary seminar celebrating the artist’s achievements while engaging the attendees with the shared knowledge and insight.

Never Apart is a non-profit organization in Montreal, Quebec, Canada, determined to bring about social change and spiritual awareness through programming with global reach and impact.
Never Apart seeks to educate on equality, the environment and conscious living, while celebrating both established and emerging artists. The platform is geared towards igniting change through gatherings, music, art exhibitions, panel discussions, workshops and special events.

Also on display: No Gender by Sylvain Tremblay, The Sun Room, The Invite, Colour by Icons, The Moon Room and Birds of Paradise exhibitions. 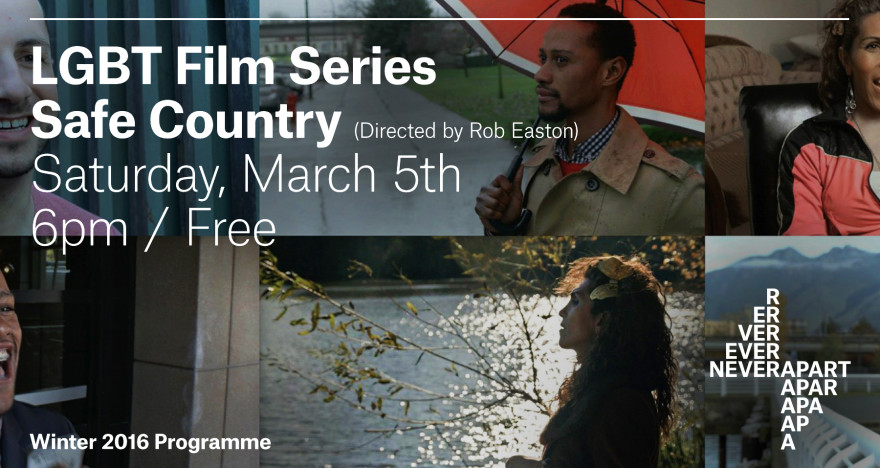 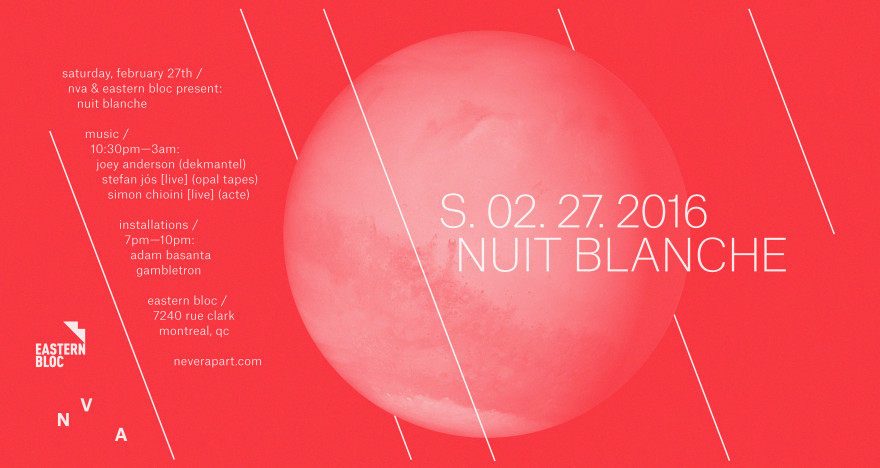