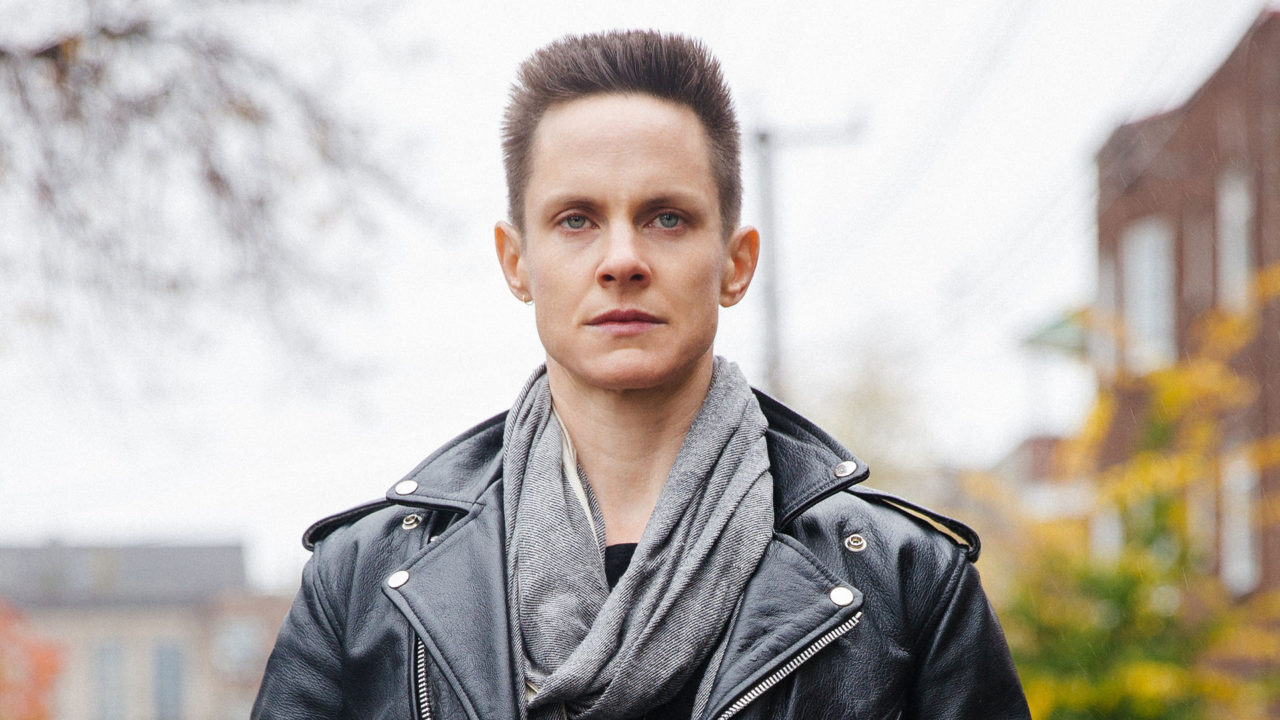 On now until January 2017, Never Apart’s Fall Exhibition ‘NON-BINARY’ features artists from Montreal, New York, Los Angeles and France, exploring fluid gender expressions. In today’s tech and trans savvy world, stories abound of people documenting their transition from one end of the gender spectrum to the other, and has become a new point of conversation for the masses.

Originally from Montreal, LA based visual and performance artist Cassils has flipped the entire binary discussion on its head, with a one-two sucker punch to the solar plexus. As an extreme athlete and personal trainer, Cassils’ particular insight into how the body’s ability to grow, shrink, adapt and can change compelled an inner artistic devotion to push past the concept of ‘transitioning’, transcending the dual binary theory altogether. Often incorporating elements of live performance, sculpture, film and video installation, sound works, and photography in much of their creative expression, Cassils collaborated with photographer and makeup artist Robin Black to create ‘Advertisement (Homage to Benglis)’. It’s a full-throated shout-out to Lynda Benglis’ 1974 ‘Advertisement’. Feeling underrepresented in the male-run art world, Benglis confronted it head-on with a controversial series of advertisements and buying ad-space in Artforum Magazine, most memorably sporting a double-ended phallus, sunglasses and tan lines, to promote her then upcoming exhibition. Benglis bypassed the critics, ensuring her complete control of her creative process and work.

In ‘Homage’, Cassils dresses like a ripped and packed dreamy male underwear model, with a slash of bright red lipstick and a stylized mane. The image demands a second look to discern the many layers beyond obvious ‘masculine’ or ‘feminine’ attributes. The body is buff and beautiful yet the pecks are breasts, the facial features striking yet androgynously female. The image generated controversy when Cassils and Black had it published in popular gay men’s magazines through their industry contacts, gaining tremendous attention only to cause an uproar once it was discovered the stud was infact ‘female’. For this very same reason, in Germany the national museum used the image ironically as the poster for an LGBT art show event, yet the national railroad company refused to display the poster throughout the country at any of their stations, deeming it ‘sexist’ and ‘pornographic’. The ban was eventually lifted, however Cassils claims the real issue was trans-phobia.

“I think of myself as more ‘trans’ than ‘non-binary’, yet have chosen not to take meds”, says Cassils. “As a health practitioner I have tremendous scepticism regarding the mandatory use of drugs and surgical procedures in order to ‘pass as masculine’, arbitrarily decided by society. I don’t feel the need to commit to big pharma to be considered masculine. Infact, I feel ‘trans-masculine’, as my work addresses the messy in-between, showcasing the always-in-process of change.”

In ‘FastTwitchSlowTwitch’, Cassils’ two-channel looping video installation acts as both documentary and visual eye-candy evolution over 23 weeks packing on 23 pounds of muscle mass through a strict and exacting routine of intense training, and the nutritional intake of a 190 pound man eating every 4 hours. Inspired by Eleanor Antin’s 1972 performance ‘Carving: A Traditional Sculpture’, in which Antin crash dieted for 45 days and documented her wasting body daily with photographs from four vantage points, Cassils instead used the mastery of bodybuilding and nutrition mixed with slickly produced video footage. Unlike the act of reaching for an idealized image of feminity through extreme weight loss in Antin’s performance, Cassils’ performance involves a transformation into a traditionally masculine muscular form. Initially expecting to feel a sense of empowerment, the result was actually an intensely grueling discovery determining the line in the sand between masculine and feminine. Literally bursting at the seams once the 23 weeks were over, Cassils needing a break from the rigour stopped the protocol in two weeks, immediately losing 14lbs of muscle and unable to do cardio.

“When I made the work in 2011, there were no visual or dialogue representations anywhere. It was pre-celebrity (ie: Caitlyn Jenner, Chazz Bono), and very binary oriented.” Ostracized by some for opting not to have surgery, a touching moment occurred when a close trans man friend said he might have made different decisions if he had experienced Cassils’ work earlier. “I don’t aim to occupy one end of the spectrum. I refuse ‘black and white’. My aim is to trouble the stability of the spectrum. These are only constructs. In essence my work allows me to explore these themes and create further dialogues, providing a way of interpretation from the world of language.”