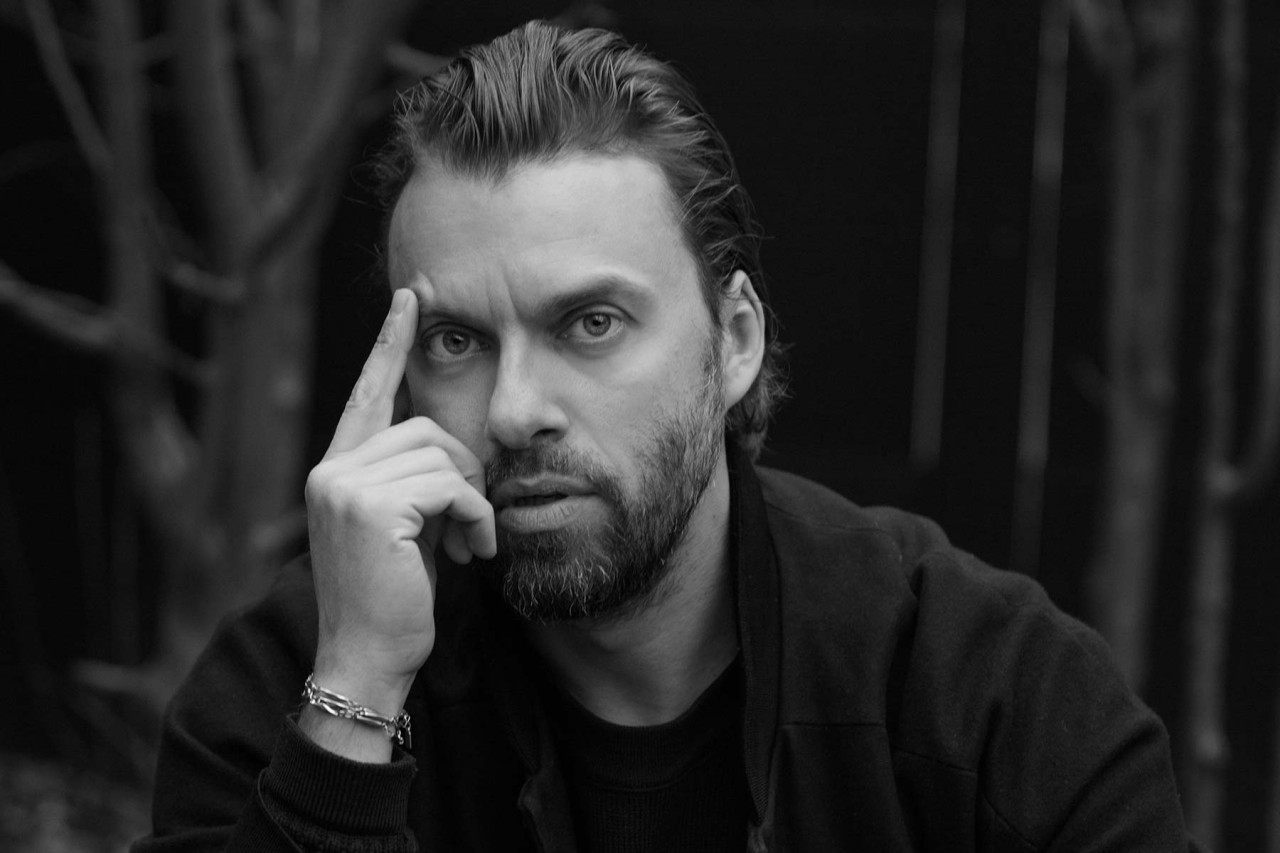 The Creative Director behind Never Apart’s Moon Room is Kelly Nunes, a musical composer and multi-disciplinary artist who hails from Toronto, but has earned his stripes as a Montrealer over the past ten years. Kelly and a small team – Oliver Simpson and Adam Sajkowski – created the Moon Room in less than three weeks.

What goes into creating a Moon Room?

A lot! At first glance, it appears to be a pretty basic installation, but putting it together required a lot of trial and error. We were working with a small space, about 15 by 15 feet, and getting everything to fit in the room with the right proportions was tricky. We wanted the moon to be as big as possible, while still allowing enough distance from the projectors to get full coverage of the images to be mapped on the surface of the sphere. Oliver did an excellent job of mapping the video onto the sphere Adam had constructed. It’s a perfectly symmetrical, three dimensional orb that we suspended from the ceiling. Getting full image coverage (on top, bottom, all sides) was the most difficult exercise. Hats off to Oliver for managing to map the entire sphere, and to Adam for his design expertise, and attention to the finer details of the construction and installation.

It was definitely a race against time. The hardest part was figuring out how the four projectors would work together in such close confines, because if they were all inside the room, the moon would have to be smaller than we had intended. We instead decided to put one of the projectors in the hall, outside the room, projecting through the glass, which we tinted to help keep the room as dark as possible.

How do most people react to the room?

I like going into the Moon Room and quietly observing people’s reactions. Most people have the same response – they think it’s a hologram and wonder if they can touch it. Most people seem to get really calm as they stare up at it, and have long, quiet conversations with each other while gazing at the moon. People become transfixed by it. It’s nice to see that they tend to stay in there for extended periods of time.

Was that your intention for it?

Yeah. When strategizing, I asked myself the question “do we want people to behold this moon, or be beheld by it?” If the moon were at eye level, we could behold it, or scrutinize it and inspect it objectively. We wanted people instead to be beheld by it and to feel small, as we normally do when we look up at the moon and are reminded of our modest existence in a vast cosmos. It’s why we positioned it higher than eye level.

It sounds like the perfect place to take a Xanax and relax.

You don’t need Xanax! That’s the whole point! When people come in, they’re sort of disarmed and pacified as soon as they sit down on the beanbag chairs. There’s a sense of calm in there.

It’s kind of like, in this day and age we feel in control of everything … but when you’re looking at something so ancient and mysterious, it reminds you that there’s something bigger than yourself. It can be just a chill experience, but it can also be a spiritual one.

So the Moon Room is Xanax?

Exactly. The Moon Room is a no-anxiety zone.

There’s also music that accompanies the installation, can you describe that?

It’s a 40 consecutive minute piece. I wrote it with Montreal-based producer MoonStarr – Kevin Moon (I know, right?) who has a Yamaha CS-60 vintage synthesizer that we thought would be perfect for creating interstellar sounds. I added some orchestral strings and winds, and brass afterwards. Moog Audio installed four speakers in the room, and hung a subwoofer from the ceiling (pick the beanbag chair under the sub for some heavy contrabassoon rumble!) so it kind of trembles and rumbles at certain points in the composition. We tried to imagine what the moon sounds like (if it were to make a sound) as it’s orbiting the earth. The rumbling is meant to evoke the sheer mass of it.

What surprises people the most about the Moon Room?

The thing about the moon is, it revolves around the earth, but we only ever see one face of it. The video mapped sphere we created has very accurate, high-def imagery of the entire moon projected onto it, so you can see the moon in its entirety the way you’ve never seen it before. The image rotates so that you can sit in one place and see the entire surface of the moon over time. People can see all the craters and inspect it from every angle as if they were observing it from outer space. People comment, “oh isn’t this what they call ‘the dark side of the moon’?”, when that part of the sphere rotates towards them. We intended to give the viewer the impression that they are orbiting the moon.

What has been the most rewarding thing about this project?

Working with the people running Never Apart is really inspiring. It’s rewarding to work with a team that has such a progressive and singular vision. The people involved there really care about local artists and community building. Montreal needed a space like this.

Will there be more permanent installations?

Yes! Look out for the Sun Room on the second floor! Adam Hummel and I are collaborating to create a space for people who suffer from the winter blues, equipped with light boxes for heliotherapy, and some captivating LED concepts and architectural design elements.

About the artist:
Kelly Nunes is a composer and creative director working in the fields of film and new media, with special focus on augmented architecture, and multimedia installations combining light, video, and sound. Past clients have included the Cirque du Soleil, CBC, Cossette, Intercontinental Miami, and Never Apart Gallery. 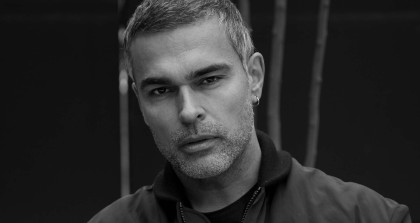 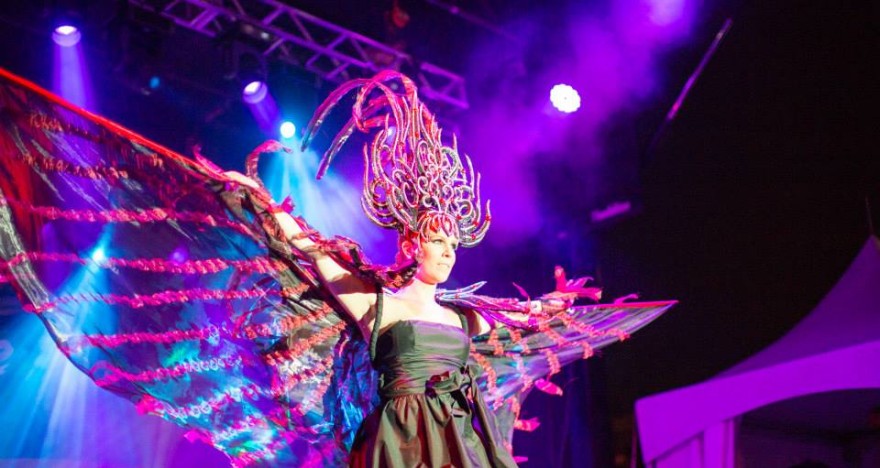 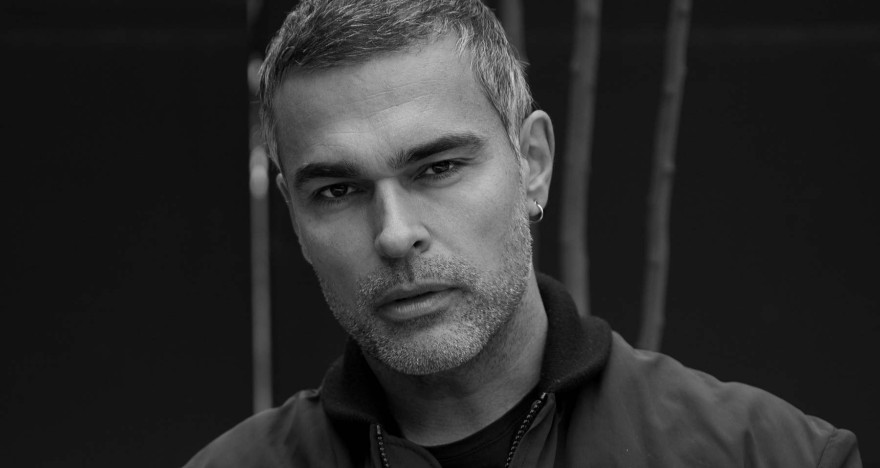