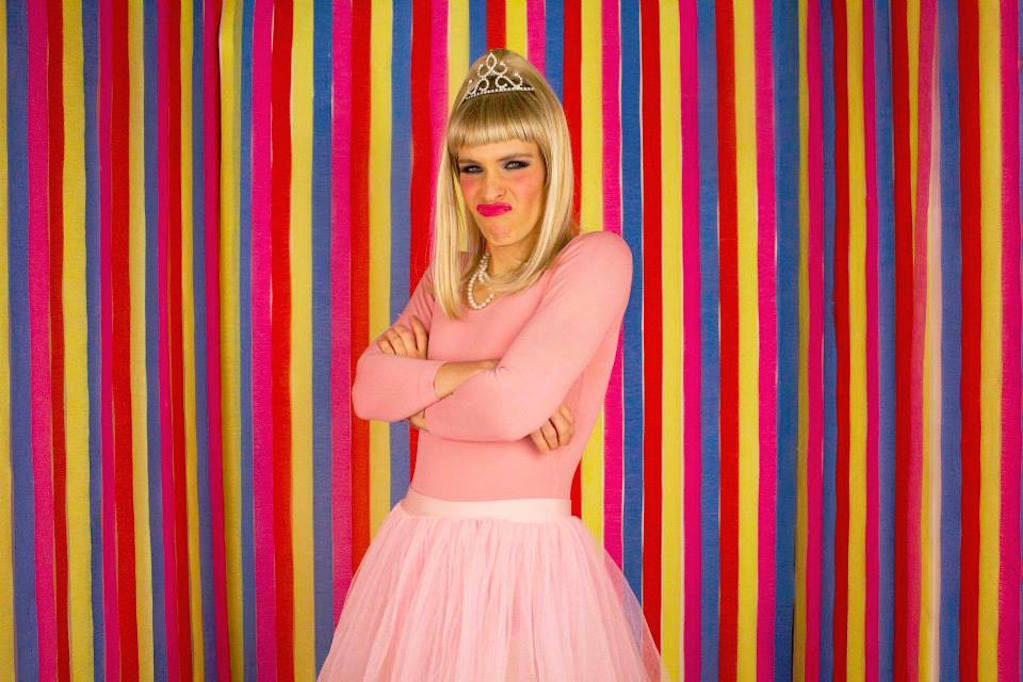 Plastik Patrik is a Montreal institution for alternative culture, and a Canadian treasure. Since the nineties, he has been a productive part of building culture through his many talents and artistic contributions. He is an original, and free spirit who is also an integral component in the Never Apart family.

Tell us about what Never Apart means to you.

Never Apart is a beautiful gallery where artists can exhibit their work, meet other artists, and get inspired. It’s also an organization that hosts really great events and acts as the bridge between icons, art fans, and artists. I love how NVA sponsors talents and helps them develop by giving them a space and an opportunity to flourish. They have no other purpose other than sharing great art. I Love it!

You co-hosted and performed at the Never Apart Fierté stage: Village Paradise. Tell us about the venue. What were some of your highlights?

There were many highlights: Candis, Mikaela, Jordan, Barbara, Amanda, and I performed. Performing for Pride is always a thrill. The audience is very receptive, positive and large! I was thrilled to hear everyone join me in singing “La vie en rose”, it was a beautiful and communal moment. Romance is not dead after all. 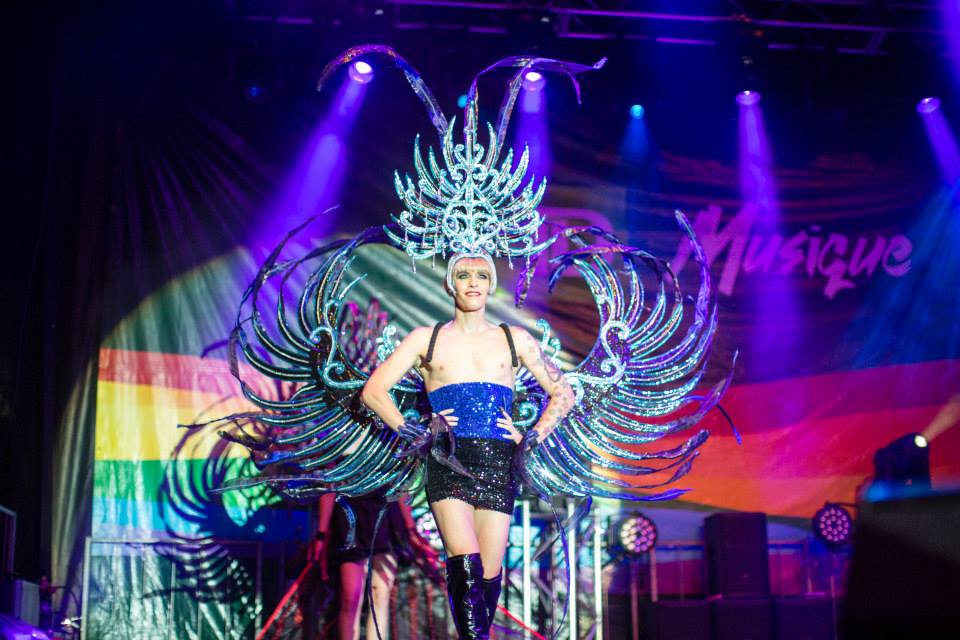 You participated in the Colour By Icons exhibit. Tell us who you coloured, and why the subject resonated with you.

Yes! I colored Lou Reed. I didn’t want to just colour the image, so I thought about this long and hard. Many years ago, when I was forming with my first band, I did makeup for Peter Murphy on a photo set, and we discussed my band and band name. He kept on saying “you need something terribly Warholian…like…lips!” Somehow I thought about that conversation when planning my colouring and decided to cover Lou’s face with lip sticks of different colours. Plus, it was a way of showing my love for him. What a genius!

You also co-host the Legend Series artists talks. Tell us about the events and your experience working with Mink Stole and Bruce LaBruce.

I love interviewing people, especially artists whose work I fan over. I’m very familiar with both Mink and Bruce, so it was a real thrill to meet them and to ask them questions. The two interviews were very different and representative of the artists and their work. I loved them both, and I hope we get many more.

You also appeared in the film “Snow Queen”, a Herstory and exposé of drag in Canada. Tell us why the film is so important, and about your role in the documentary.

Drag is an incredibly important part of gay culture, yet most of its manifestations are in clubs, late at night. There is very little archive or documentation about the cultural phenomenon, and it was very cool that someone went the distance and did the research. I liked my place in Snow Queen because I’ve often felt a little to the left of the drag scene. Maybe it’s because most of my work isn’t in gay bars. I like rock n roll, I don’t wear boobs or anything. Drag is drag, and I was very proud to see my place in drag’s herstory!

You are also a DJ, performer, rock and roll legend and a roller derby host. Tell us about some of your career highlights.

I was Cyndi Lauper’s surprise encore when she performed in Montreal way back in 2002. I got the biggest ovation of my career. We sang She Bop together, and all that makes up the greatest day of my life (thanks Richard Burnett!). Hearing me sing on the radio with my band “Patrik et les Brutes” was pretty cool, as was playing the Francofolies half a dozen times. Besides that, Sex Garage at Divers/Cité, Rocky Horror Picture Show, and being the first bilingual roller derby broadcaster were quite special too. And those moments are just the ones that come to mind…I’ve had such fun…

How do you see Never Apart enhancing Montreal, and why is it important?

NVA is broadening Montreal’s queer opportunities, and it’s really cool to see. It’s locally based, but it has its sight set on the world, and we should always look at the big picture. I love that about NVA. I hope it’s around for a long time, and I’m thrilled to be along for the ride!

What does the future hold? 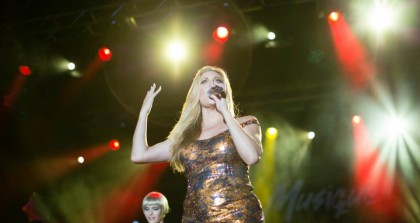 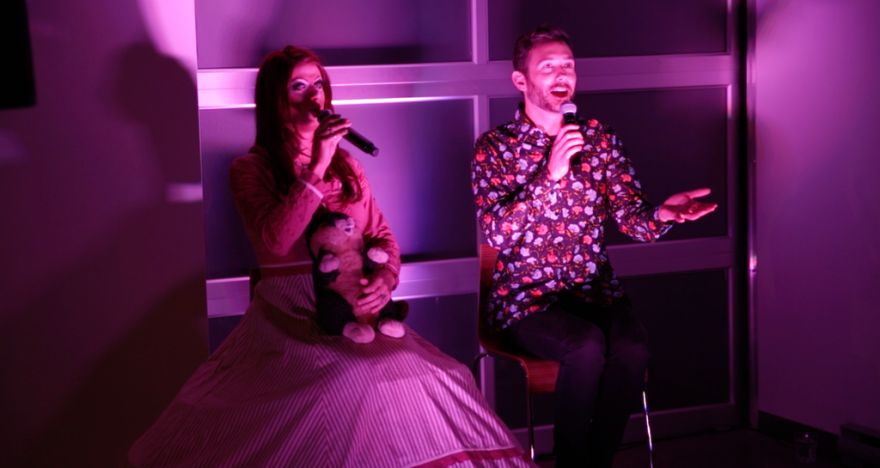 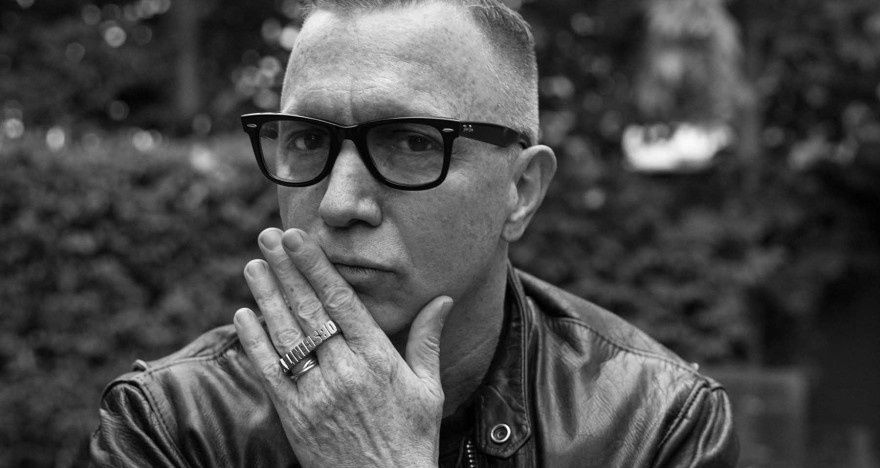