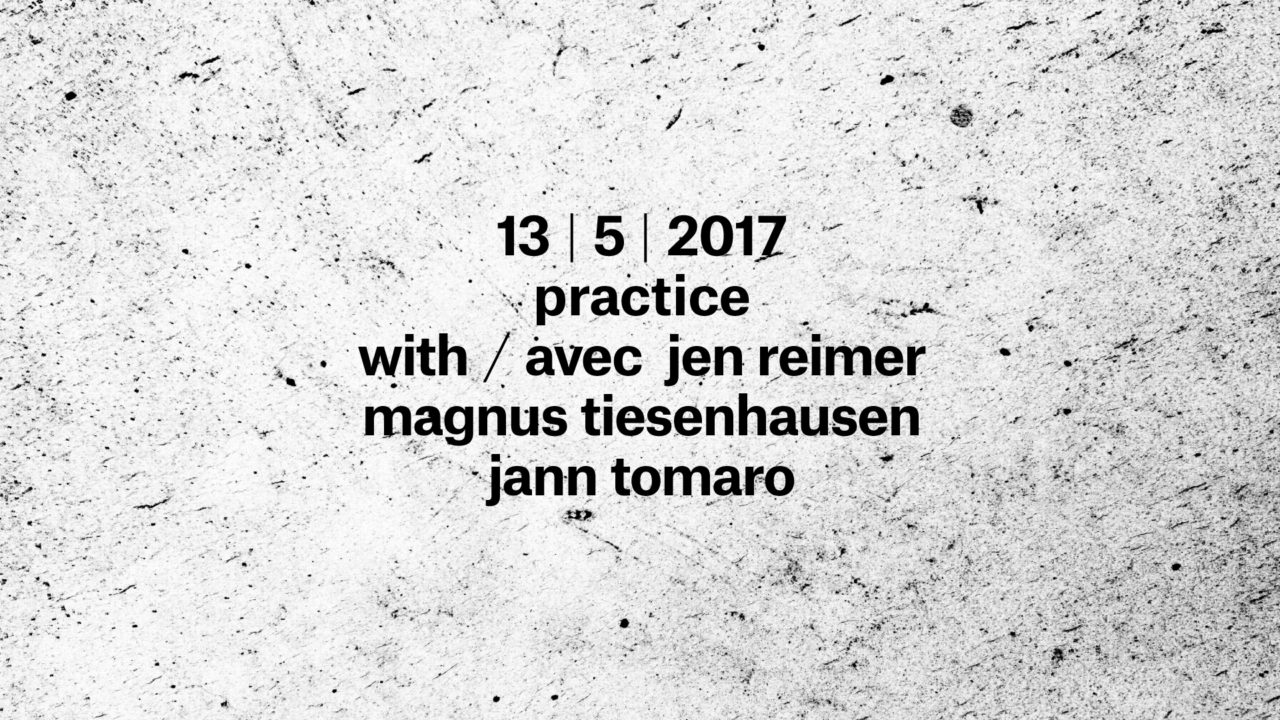 Practice 13: Tunnel, a listening session
saturday, may 13th, 5pm, free entry never apart 7049 saint-urbain we would like all guests to be able to participate, so pls arrive on time. seating is limited and first come, first served.

practice deviates from its habitual format to introduce a unique listening session of a 50 minute recording titled Tunnel by Jen Reimer and Magnus Tiesenhausen.

In late September of 2015, Jen Reimer and Magnus Tiesenhausen stumbled upon an underground concrete enclosure in a construction site in Montreal. Over the course of the next three weeks, they recorded the sounds of their own voices and actions in the tunnel, transformed and influenced by the architectural dimensions of the space.

The tunnel became a mutual meeting place, and the process by which the two would navigate there each night consisted of a complex repeated pattern of recognized landmarks. A beam of light crossing the path, a downed chain link fence, a swamp’s edge: all directional indications. This ritual of recognition inundated the tunnel pieces, becoming a magic decision-making process which formally structured the recordings.

The resonance of the abandoned space served as a type of prosthetic communication, translating the artists’ voices to the plane of reverberation and resonant frequency, and guiding their actions within the space. The absolute darkness within the tunnel reduced the two to sound sources, each movement of their bodies generating ten-second reverberations, from which certain frequencies would surface and linger. The aural artifacts of the space rendered speech incomprehensible. The artists were only able to communicate in relation to the tuned frequencies in constant ricochet. As a result, the compositions materialized in real time. The melodies and harmonies recorded are human explorations of a complex audio world, aleatoric representations of the energy and physicality of the space.

The sound captured by Reimer and Tiesenhausen in September/October 2015 culminated in a fifty-minute piece, simply titled ‘Tunnel’.

Jen Reimer is a sound artist, musician and performer based in Montréal. Her work explores the resonances and serendipities of urban and rural sonic environments through in-situ performances, installations and spatial recordings. See more of Jen’s work here: http://reimerstein.com/

Magnus Tiesenhausen is an interdisciplinary artist and musician based in Alberta. His work is a multi-angle treatise on magic energy, characterized by experimental and industrial synthesizer music; craft and sculpture processes; readymades and free drawing.

……. practice is an investigation of the capability of sound to induce different transcendental states of awareness and being. through a series of noise sets, practice explores the experiential application of theories underpinning the transformational properties of sound, such as cymatics, music therapy, sound healing, brain entrainment, and binaural-beat perception.  each session features a noise artist, who, informed by their own knowledge of sound, creates a immersive set intended to bend consciousness. listeners are encouraged to embrace a receptive, meditative attitude during sets.  we don’t mind if you’re new or old to noise or meditation. if you’re curious to be engaged, to open yourself to new experiences and to hear some noise, then join us.  ……. we have yoga mats available to use and listeners are invited to bring their own sitting paraphernalia if they please. uniquely for this event will be the availability of chairs.

never apart is a non-profit organization in montréal, québec, canada, determined to bring about social change and spiritual awareness through cultural programming with global reach and impact.  more info on practice, 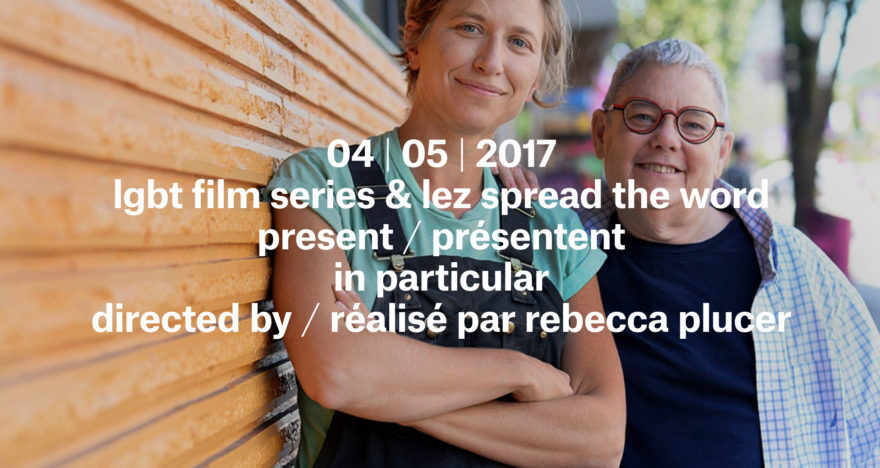 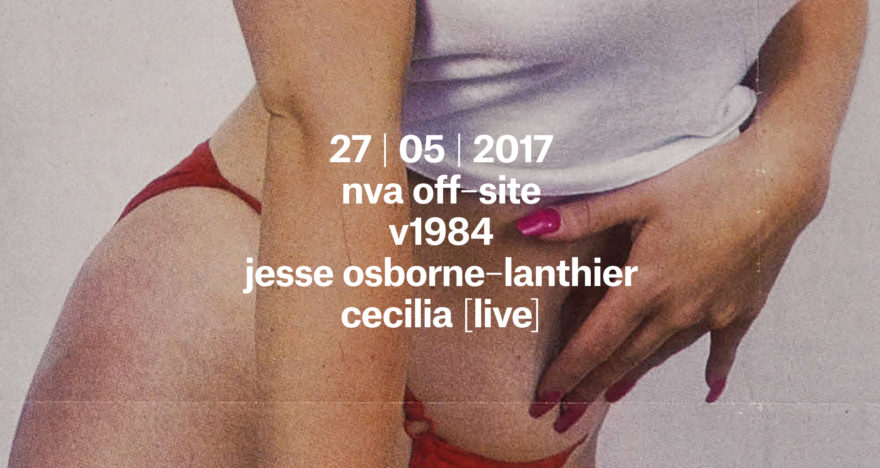